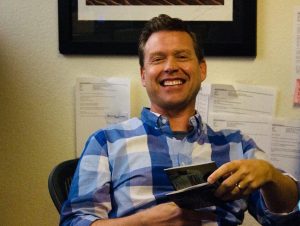 Benji McPhail grew up in Boulder, Colorado where he started his radio career. After graduating from the University of Colorado, McPhail was hired by the groundbreaking Triple A station KBCO. After 4 years, he was offered the chance to run KRSH, in Santa Rosa, CA while simultaneously working as a field researcher for MediaBase where he monitored the leading Triple A stations in the world daily.

Upon returning to Colorado in 2001, Benji was hired to run Radio One Networks, a satellite radio network where he oversaw 15 affiliates from Portsmouth, NH to Maui, HI. He then launched KKPL, a Modern-Rock / Triple A hybrid before being hired by KCUV, one of the first Americana stations in the world.

In 2012, Benji was hired by KUNC to help transition the station from a dual format (news/music) into two stand alone stations. In 2016 He created and launched The Colorado Sound. The Colorado Sound was nominated for the Station of the Year for the past 5 years and Benji was nominated for Program Director of the year in 2018, 2019, 2020 and was named Program Director of the year in 2017.

When not at shows or listening to music, Benji can be found enjoying cycling, college football and exploring the world with his wife Laurie.