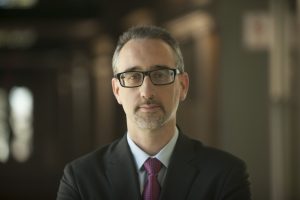 Nico began his tenure at KERA in February 2020 as the coronavirus pandemic began to surge. During this challenging time, Nico led the organization and its employees through the uncertainties of the COVID-19 crisis, including swiftly implementing a work-from-home policy, response task forces and new content initiatives to better serve audiences. Under Nico’s direction, KERA has been able to not only maintain, but expand its essential services to the North Texas community at a critical time.

In addition to navigating the pandemic, Nico has led strategic initiatives positioning KERA to become one of the most innovative public broadcasting stations in the country. Core to this work is an organization-wide effort to position Diversity, Equity and Inclusion (DEI) at the forefront of KERA’s service, specifically through the lenses of staffing, audience and sourcing. Nico also has helped launch a robust multi-year Audience Development initiative aimed at growing and diversifying audience by strengthening KERA’s relationships with current and potential listeners, viewers and members.

Nico serves on the board of NPR, the Station Resource Group and Public Radio in Mid-America. He leads The Texas Newsroom, a content partnership of NPR and the four largest public media newsrooms in Texas. Prior to KERA, Nico served as General Manager of KCUR in Kansas City, Missouri, where he led the organization to be one of the most collaborative public radio stations in the country. Under Nico’s leadership, KCUR experienced significant growth, including doubling the size of its newsroom and community financial support, and tripling the size of its digital audience. Before KCUR, Nico was the Co-Executive Director of KDHX in St. Louis, Missouri.

Nico grew up in small towns in Kansas. He has two degrees in Communications from Baylor University in Waco, Texas, where he met his wife, Nicole. They live in Dallas.