Celebrate the history, culture, and traditions of American Indians and Alaska Natives in a special collection of films, short stories and documentaries from KERA.

Follow Navajo students at Dine College in Tsaile, Arizona who are exploring a new approach to improve students’ mathematical skills, and learn about the education challenges facing the Navajo Nation.

By turns tragic, bizarre or just plain ridiculous, see the story of a Tlingit businessman in Juneau, Alaska, as he attempts to navigate the messy collision between the modern world and an ancient culture.

Meet the first Native American doctor and the courageous women following in her footsteps in this one-hour documentary that interweaves the lives of Native American women healers of today with the story of Dr. Susan La Flesche Picotte, of the Omaha Tribe of Nebraska.

Set in the rugged canyon lands of Northern Arizona, this documentary follows Navajo and Hopi cross-country runners from two rival high schools as they vie for the state championship, while striving to find their place among their native people and the larger American culture. Win or lose, what they learn in the course of their seasons will have a dramatic effect on the rest of their lives.

Learn about the story of Sequoyah, a Cherokee man who developed an alphabet for the Cherokee language in 1821, in this video segment adapted from American Experience: We Shall Remain.

In this lesson from POV, students will watch video clips that provide glimpses into the lives of two high school seniors who live in New Mexico on the Navajo reservation. 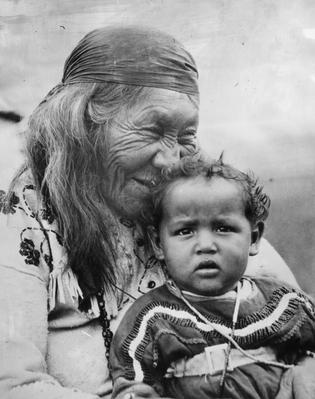 This mini-collection of photographs of Native Americans were individually selected from the prestigious Getty Images collections to help PBS LearningMedia teachers and students discuss Native American History. View the full collection of 150 images, all downloadable for classroom use.

More resources, videos and lesson plans can be found here.