This week, Krys Boyd and the Think team are broadcasting live from the studios of KUT in Austin. 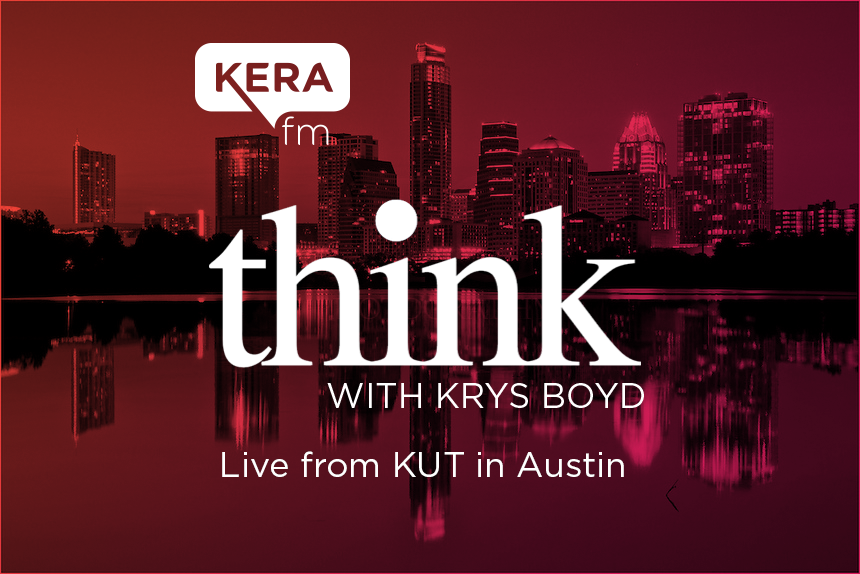 With Election Day just around the corner and the Texas Book Festival in town, listeners can look forward to stimulating conversations on politics, literature and more. Listen noon-2pm, Mon, Oct. 31 – Thu, Nov. 3.

The complete schedule is below.

Noon:       Most nights around sunset, a thick, black cloud emerges from under Austin’s Congress Avenue Bridge. That’s when a swarm of Mexican free-tailed bats heads out into the night to hunt. This hour, we’ll take in the scene from the bridge with bat experts from the non-profit Austin Bat Refuge. And later in the hour, we’ll talk about new research into how bats use sonar with Mike Ryan, professor of integrative biology at UT-Austin, and UT graduate student May Dixon.

1pm:       After the atomic bomb helped end World War II, many wondered if the U.S. would also deploy the world’s most-feared weapon in the Korean War. This hour, we’ll talk about how that question drove a wedge between the White House and the military with H.W. Brands, chair of the history department at UT-Austin. His new book is called “The General vs. The President: MacArthur and Truman at the Brink of Nuclear War” (Doubleday).

Noon:       Each year the Texas Lyceum commissions a survey to get a better understanding of how people across the state think about the issues of the day. This hour, we’ll walk through what Texans think about immigration, the Affordable Care Act, voter ID laws and other hot topics with Texas Lyceum president Dave Shaw and Daron Shaw, who conducted this year’s poll.

1pm:       America’s racial unrest has manifested itself this year in everything from #OscarsSoWhite to Black Lives Matter. This hour, we’ll talk about where we go from here with Jeff Chang, executive director of the Institute for Diversity in the Arts at Stanford University. He’ll visit the Texas Book Festival this weekend to talk about his new book, “We Gon’ Be Alright: Notes on Race and Resegregation” (Picador).

Noon:       A week from today, we’ll know if the country will be led by the first President Trump or the second President Clinton. This hour, we’ll talk about the messages that candidates are getting out to voters – and about whether Texas might actually be up for grabs – with UT Austin political scientists Juliet Hooker and Eric McDaniel.

1pm:      As Texas Secretary of State, Carlos Cascos also serves as the state’s Chief Election Officer. This hour, we’ll talk with him about the steps Texas takes to ensure a clean election – and about what happens if voter fraud is suspected.

Noon:       In a career that spanned seven decades, Elliott Erwitt photographed Jacqueline Kennedy, Marilyn Monroe and other icons, as well as everyday people living in Eastern Europe and the Jim Crow South. This hour, we’ll talk about one of the most significant photographers of the 20th Century with Jessica McDonald, who curated “Elliott Erwitt: Home Around the World,” currently on display at UT’s Harry Ransom Center.

1pm:      One of the best things about living in Texas is the food. This hour, we’ll talk specifically about Tex-Mex with two experts: Mando Rayo, co-author of “The Tacos of Texas” (UT Press) and Sylvia Casares, author of “The Enchilada Queen Cookbook: Enchiladas, Fajitas, Tamales, and More Classic Recipes from Texas-Mexico Border Kitchens” (St. Martin’s Press). Both authors will talk about their books this weekend at the Texas Book Festival.