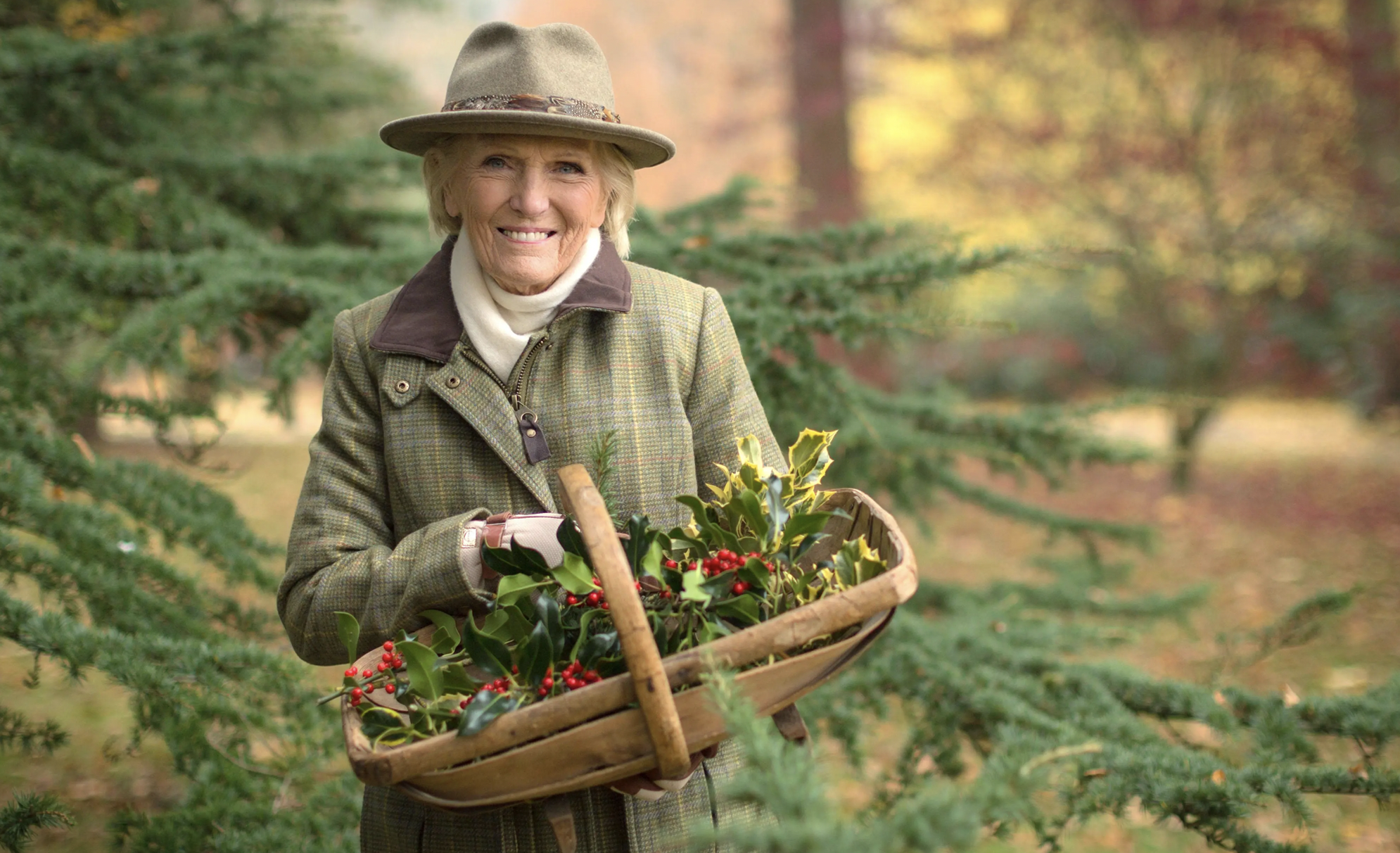 Christmas with Mary Berry & Friends and Mary Berry’s Country House at Christmas are among the holiday specials airing on KERA TV in December 2022. (Credit: PBS)

Make your 2022 season even more special with these holiday programs on KERA TV! We also invite you to sign up for the KERA TV Insider email, where you’ll receive even more on-demand and on-air viewing recommendations each week.

These programs air on KERA TV channel 13.1 in North Texas. You can also watch many of them now in our video portal, or on your TV’s PBS app, using Passport. Learn more about Passport, the KERA member benefit that unlocks the entire library of PBS programming.

Join Rick as he celebrates the holiday’s rich history while exploring the sights and sounds of celebrations in Bath, Paris, Oslo, and Burgundy, as well as the timeless traditions of Nürnberg, Salzburg, and Tuscany.

Celebrate Christmas with Trans-Siberian Orchestra’s allegorical rock opera, featuring Ossie Davis, Jewel and Michael Crawford in a story of a runaway girl who turns her life around on a snowy Christmas Eve.

Celtic Woman shares a message of love and hope with fans around the world in the form of musical postcards, written with the songs from their latest album.

Stars Megan Hilty and Neal McDonough join The Tabernacle Choir at Temple Square to celebrate the holidays with a return to the Emerald Isle. McDonough and Hilty, who each share Irish heritage and traditions, deliver a deeply personal program that weaves together well-known holiday tunes, classic Christmas carols and hymns with some traditional Irish musical numbers.

Follow six would-be Santa Clauses as they take an intensive workshop to learn to dress, walk, and talk like Santa. But who are they and what inspires them to take this path?

Christmas with Mary Berry and Friends

Join the beloved British home cook and three special friends as they prepare her ultimate Christmas feast with all the trimmings. From the traditional turkey to her classic Christmas pudding, it’s the perfect recipe for a deliciously festive holiday.

When it comes to Christmas food and entertaining, Britain’s country houses have always put on a show. In this sumptuous and heart-warming program, Dame Mary Berry visits Harewood House in Yorkshire to meet its army of skilled staff and dedicated volunteers as they prepare the house for Christmas.

Join Lucy Worsley on a 12-day extravaganza as she discovers that much of what we enjoy in contemporary Christmas — from carols to gift-giving, feasting and drinking — was just as popular 500 years ago, with some surprising Tudor twists.

Celebrate the holidays with this timeless favorite featuring the magical combination of Frank Sinatra and Bing Crosby in an early color television special from 1957. The two legends swap Christmas carols, songs, and stories, pay a musical visit to Victorian England and duet on Christmas classics.

While the beloved movie It’s A Wonderful Life is set in the fictional town of Bedford Falls, the location of the film’s famous bridge is very real. This documentary examines small-town life in Seneca Falls, New York, and captures the excitement of the annual It’s a Wonderful Life Festival.

First held in 1912, the St. Olaf Christmas Festival is one of the oldest musical celebrations of Christmas in the United States, and features more than 450 students from St. Olaf College’s renowned choirs and orchestra. Featuring familiar carols, beloved choral works, and exciting new compositions, the theme “Love Divine” is explored through words and music in this cherished annual tradition.

All Is Calm: The Christmas Truce of 1914

The Western Front, Christmas, 1914. Out of the violence a silence, then a song. A German soldier steps into No Man’s Land singing “Stille Nacht.” Thus begins an extraordinary night of camaraderie, music, peace. A remarkable true story, told in the words and songs of the men who lived it.

The Lee family reunion is shattered by a deafening crash of furniture, followed by a high-pitched wailing scream. Upstairs, the tyrannical Simeon Lee lies dead in a pool of blood, his throat slashed. But when Hercule Poirot, who is staying in the village with a friend for Christmas, offers to assist, he finds an atmosphere not of mourning but of mutual suspicion.

Belmont University students perform holiday favorites in the Fisher Center for the Performing Arts in Nashville.

The Nutcracker & the Mouse King

When the Queen Spoke to the Nation

This BBC film tells the story of how a very private Queen was able to use the public platform of these speeches to deliver powerful messages to Britain and the Commonwealth that truly reflected her core values and beliefs.

On Christmas Eve, Bean heads to town to purchase preparations for the holidays, during which he plays with a Nativity scene at a department store and later conducts a Christmas band at the town market. On Christmas Day, he attempts to cook a turkey, during which he accidentally gets his head stuck inside it, and later relaxes for a reserved Christmas meal with his girlfriend.

The Goes Wrong Show: The Spirit of Christmas

The Cornley Polytechnic Drama Society is invited to stage televised plays for the BBC from their home in Cornley. The company decide their first episode will be about Santa Claus and his elves attempting to bring happiness to a sad little girl on Christmas Eve. However, mishaps occur due to some problematic scenery and props.

The Goes Wrong Show: The Nativity

Cornley Polytechnic Drama Society conduct a Nativity play for Christmas. They soon face problems as Robert tries to make himself noticed, Trevor struggles with setting up the play, and the group try their best to do the Nativity songs.

Catch up on four Call the Midwife holiday specials as we count down to the premiere of the 2022 special!