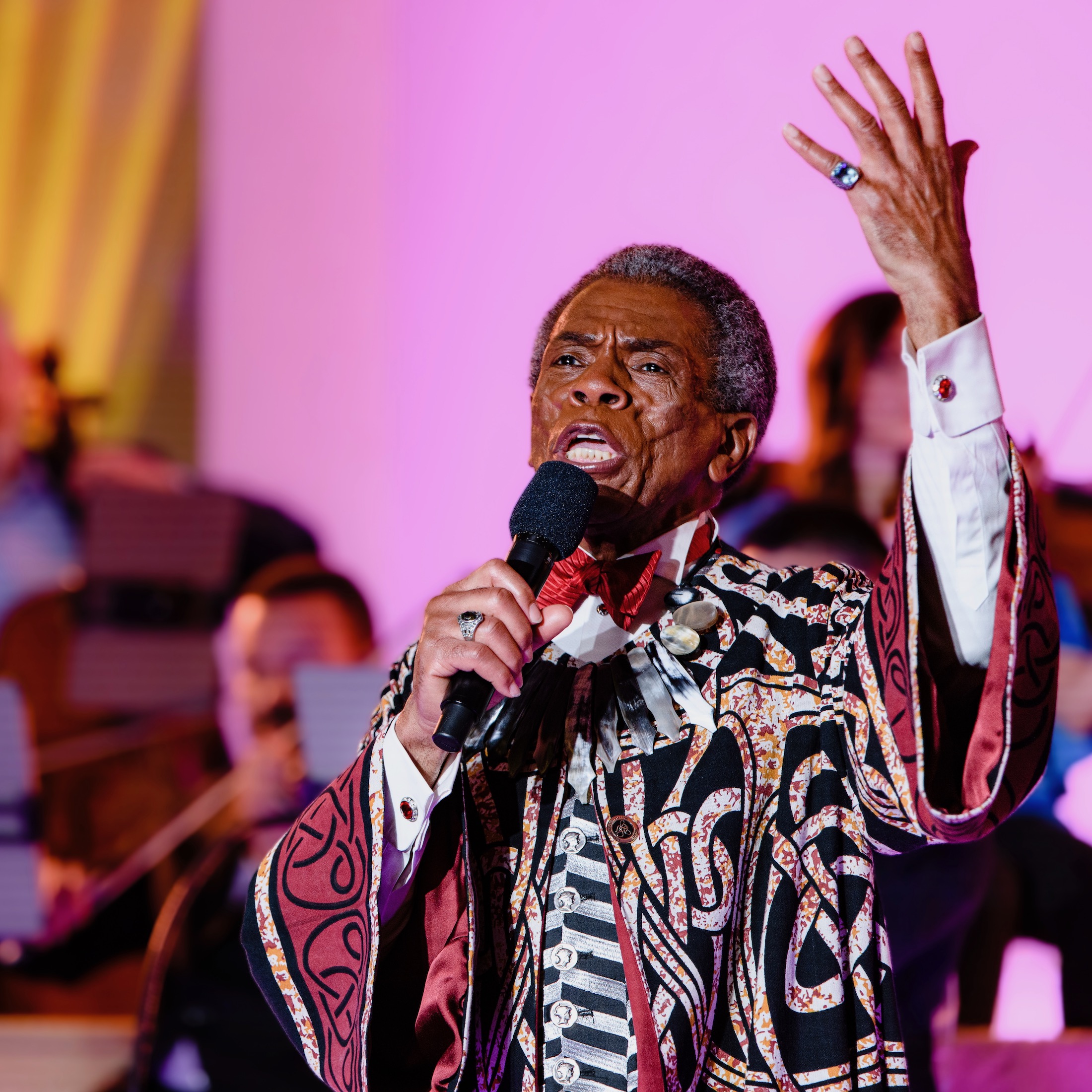 André de Shields performs “The Colors of My Life” from Barnum. The special True Colors: LBGTQ+ Our Stories, Our Songs airs on June 7 on KERA TV. (Credit: PBS)

These programs air on KERA TV channel 13.1 in North Texas. You can also watch them on our online TV player.

Joe Papp was the founder of the Public Theater, Free Shakespeare in the Park and producer of groundbreaking plays like Hair, A Chorus Line and For Colored Girls. He created a “theater of inclusion” based on the belief that great art is for everyone.

This new PBS special is a celebration of the stories and music that make us who we are. Offering a unique look at the history of the LGBTQIA+ community in the United States, this program shares real-life stories of hope, resilience, and triumph from people across the country, artistically represented through thematically relevant music. Exploring the personal journeys of remarkable individuals, the program connects these heartfelt stories with the history of the movement.

American Masters | James Baldwin: The Price of the Ticket

Considered a classic and without using narration, The Price of the Ticket allows Baldwin to tell his own story — exploring what it means to be born Black, impoverished, gay, and gifted — in a world that has yet to understand that all men are brothers. This American Masters film premiered in 1989.

Read about our commitment to diversity, equity, and inclusion.

Follow queer actor Dyllón Burnside on a journey of LGBTQIA+ discovery across the South.

POV | Out in the Night

Examine the uphill battle of a group of African-American lesbians charged with attempted murder when they fought back after being threatened. The case reveals the role that race, gender identity, and sexuality play in the criminal justice system.

Discover Les Ballets Trockadero de Monte Carlo (The Trocks), an all-male company that for 45 years has offered audiences their passion for ballet classics mixed with exuberant comedy. With every step they poke fun at their strictly-gendered art form.

Real Boy is the coming-of-age story of Bennett, a trans teenager with dreams of musical stardom. During the first two years of his gender transition, as Bennett works to repair a strained relationship with his family, he is taken under the wing of his friend and musical hero, celebrated trans folk singer Joe Stevens.

▸ Explore the journey and contributions of Asian Pacific Americans with these documentaries and episodes curated by PBS.▸ Stay informed on race in current events with KERA News’ coverage