Think airs Monday to Thursday from 12:00 noon to 2:00 p.m. on KERA 90.1 FM. Encore airings of Think can be heard Monday to Thursday nights on KERA FM beginning at 9:00 p.m. Podcasts and streamed video are available online at www.kera.org/think.

Hour 1:  Could revitalized economic partnerships with Mexico and Canada help strengthen the U.S. position during a time of economic uncertainty and increasing competition with Asian manufacturers and traders? We’ll talk this hour with Robert A. Pastor, Professor of International Relations and Director of the Center for North American Studies at American University and author of “The North American Idea: A Vision of a Continental Future” (Oxford University Press, Paperback, 2012).

Hour 2:  How can technology and connectivity provide education for students around the world? We’ll find out this hour with Salman Khan, founder of the Khan Academy and author of the new book “The One World Schoolhouse: Education Reimagined” (Twelve, 2012).

Hour 1:  Women’s issues are making headlines in the Presidential Election but how have women done politically in the national election contests they’ve entered? We’ll spend this hour with Dennis Simon, the Altshuler Distinguished Teaching Professor of Political Science at SMU and co-author of the new book “Women and Congressional Elections: A Century of Change” (Lynne Rienner Publishers, 2012).

Hour 2:  Who holds American military generals accountable when their performance lags and have our expectations of military leadership changed? We’ll talk this hour with Thomas Ricks, Senior Fellow at the Center for a New American Security and author of the new book “The Generals: American Military Command from World War II to Today” (The Penguin Press, 2012).

Hour 2:  Can we learn about our culture and society from watching television shows like The Simpsons? We’ll examine the “culture wars” through the lens of the long-running and very popular animated series this hour with Matthew A. Henry, professor of English and Cultural Studies at Richland College and author of “The Simpsons, Satire, and American Culture” (Palgrave Macmillan, 2012).

Hour 2:  What has changed in Cuba since Fidel Castro ostensibly stepped away from power and are the changes happening fast enough for the Cuban people? We’ll talk this hour with National Geographic Magazine contributor Cynthia Gorney, whose story “Cuba’s New Now” appears in the current issue of the magazine. 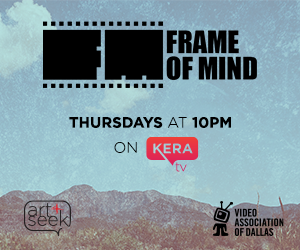