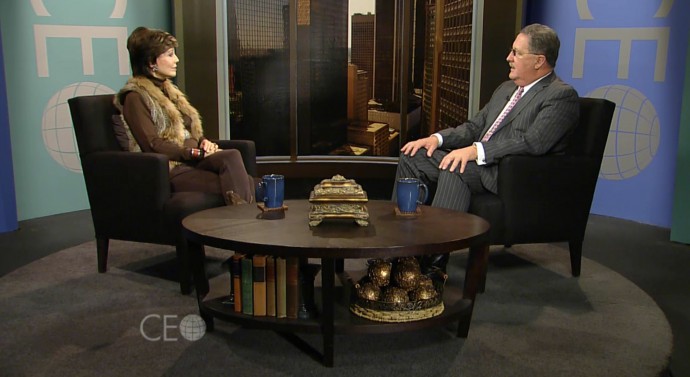 On the April episode of KERA’s CEO, host Lee Cullum talks with Randy Watson, CEO of Justin Brands, who traces the company’s history from boots sold to cowboys on the Chisholm Trail to shipments today around the globe. Learn how Justin is reaching a broad client base with a diverse product line. Watson says investing in automation and technology at their Fort Worth distribution center will be key to meeting a growing demand.

Highly respected by customers, employees and suppliers alike, Watson has more than 30 years of experience in the western boot business and says he learned from the best, including Buffet, John Justin and former Justin Brands President J.T. Dickenson. Texas Gov. Rick Perry appointed Watson as commissioner of the board of the Texas Department of Public Safety in 2013, and Watson serves as vice chairman of the Texas Ranger Association Foundation and president of the Justin Cowboy Crisis Fund.