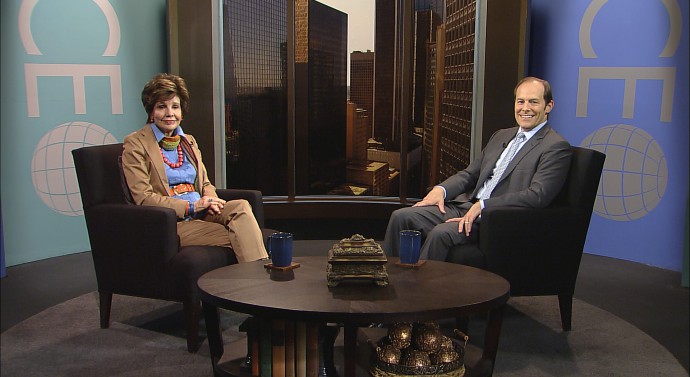 On the July episode of CEO, host Lee Cullum talks with Kimbell Art Museum Director Eric Lee, who discusses the sleuthing behind acquiring notable works of art. Learn what challenges Renzo Piano faced in designing an addition to Louie Kahn’s iconic structure. “I think of the museum itself as a work of art,” Lee says. “It’s the interplay between the collection and the building that creates magic.” Go inside the conservation studio and learn how a partnership with the Google Art Project is broadening access to the Kimbell’s collection across the globe.

Eric M. Lee has served as the fourth director of the Kimbell Art Museum since March 2009. During this time, the Kimbell has undergone design development and late last year opened a new pavilion designed by Renzo Piano, which complements Louis I. Kahn’s original landmark structure of 1972. He also has led acquisitions efforts, enriching the collection with works including Michelangelo’s Torment of Saint Anthony, which is the only painting by the artist in the Americas.

Before coming to the Kimbell, Lee served as director of Cincinnati’s Taft Museum of Art and of the art museum at the University of Oklahoma. Earlier in his career, he worked at the Yale Center for British Art and on the staff of the U.S. Senate Select Committee on Intelligence in Washington, D.C. A native of North Carolina, Lee received B.A., M.A. and Ph.D. degrees, all in the history of art, from Yale University.