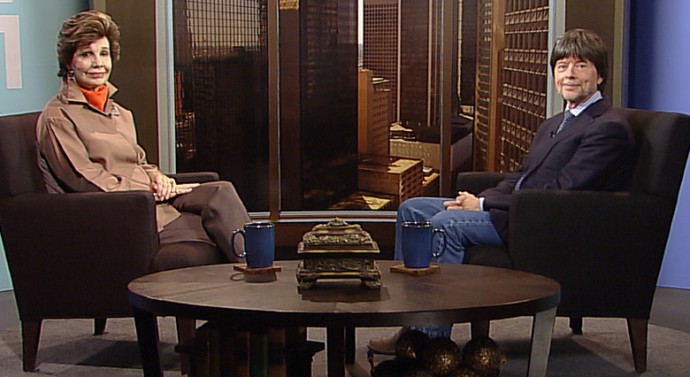 On the November episode of CEO, host Lee Cullum talks with filmmaker Ken Burns, who explains how Florentine Films was able to keep producing documentaries when government funding declined. “The normal three-legged stool of support that we’ve relied on for the last 30 years sort of changed,” Burns said. “We were at a quandary.” Burns also gives insight into the characters in his latest film, The Roosevelts: An Intimate History, and shares what subjects he plans to tackle next.

About Ken Burns:
Ken Burns has been making films for more than 35 years. Since the Academy Award-nominated Brooklyn Bridge in 1981, Ken has gone on to direct and produce some of the most acclaimed historical documentaries ever made. A December 2002 poll conducted by Real Screen Magazine listed The Civil War as second only to Robert Flaherty’s Nanook of the North as the “most influential documentary of all time,” and named Ken Burns and Robert Flaherty as the “most influential documentary makers” of all time.

The late historian Stephen Ambrose said of Burns’ films, “More Americans get their history from Ken Burns than any other source.” Ken’s films have won 13 Emmy Awards and two Oscar nominations, and in September of 2008, at the News & Documentary Emmy Awards, Ken was honored by the Academy of Television Arts & Sciences with a Lifetime Achievement Award.