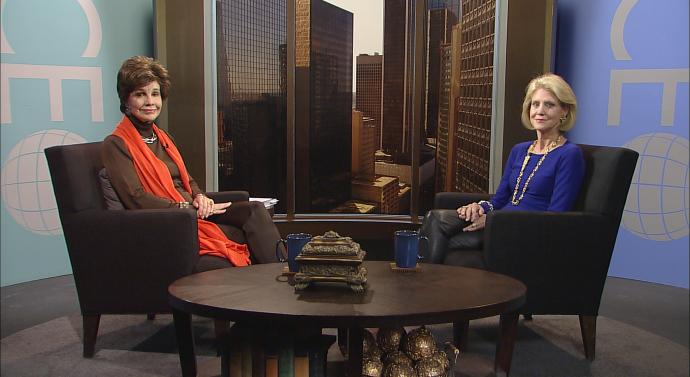 On the December episode of CEO, host Lee Cullum talks with Emily Summers, president & CEO of Emily Summers Design Associates, who shares her approach to award-winning interior design. “I think people can enjoy things more if there are not too many of them, so each piece has a place and a balance,” she said. “I think there’s a serenity that comes in spare-ness.” Learn how Summers is teaming up with HKS on Hall Arts, a new high-rise residence coming to the Dallas Arts District. Summers says opening her Dallas gallery, Studio 54, gives her a venue to showcase her favorite designers and artists.

About Emily Summers:
Nationally recognized designer Emily Summers is known for her refined interiors and creative eye. Throughout her 35 years in business, her work has been defined by her integration of architecture, art and interior design. Emily Summers was named to the 2014 New AD100, Architectural Digest’s directory of the world’s top 100 designers and architects, and has been on the list since 2007.

Emily Summers Design Associates consulted and contributed to the interiors at the Wyly Theater and The Winspear Opera House in Dallas. Summers has over 36 years of involvement with the Dallas Museum of Art, including a staff position as director of exhibitions and fundraising, and currently serves as a member of the Building Committee.