Emerging, seductive, mystery, noir. Interested?  Those are just a few words to help describe the events we have selected for you to check out in this week’s highlights from the Art&Seek calendar. 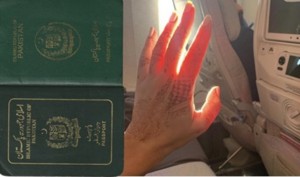 In Richardson, “Zarafa Unfolding” continues at the SP/N Gallery at UT Dallas. The UT Dallas alumni-focused exhibition features artworks, installations and performances that explore the issues and identities of ‘creatives’ coming from Middle Eastern & SouthAsian descent. 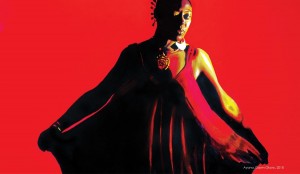 Catch Tim and Eric’s Mandatory Attendance World Tour at the Majestic Theatre in Dallas. The comedy duo is best known from their show “Tim and Eric Awesome Show, Great Job!” that ran for five years on Comedy Central.

And in Fort Worth, the Cliburn at the Kimbell series continues with pianist, composer, and writer Stephen Hough. The Grammy-nominated Hough was the first classical performer to be awarded a MacArthur Fellowship and was made a Commander of the Order of the British Empire in 2014. 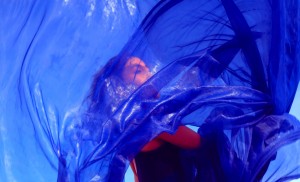 In Dallas, Fabio Luisi conducts the DSO in the opera-in-concert “Salome” at the Meyerson Symphony Center.

The Pinnacle Bank Cabaret Series continues at Theatre Arlington. In this installment, Micah Green will share original songs and stories paired with the songs of Liza Minnelli.

And, catch Texas blues and soul artist Bryce Bangs performing at The Post at River East in Fort Worth. 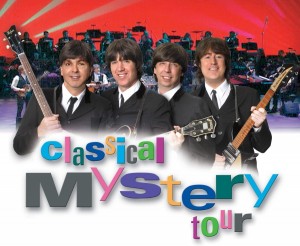 On Saturday, The Richardson Symphony Orchestra and tribute band Classical Mystery Tour will showcase the music of The Beatles at the Eisemann Center in Richardson. More than two dozen Beatles songs will be performed in collaboration with members of the orchestra.

Also on Saturday, the works of O. Henry come to life at the Dallas Museum of Art. Actors Wendie Malick, Zach Grenier, and Rita Wolf will be reading excerpts from the famous author’s work as part of the Arts and Letters Live Selected Shorts series.

Saturday is your last chance to catch Paschal High School’s version of “Fiddler on the Roof.” The musical features the classic songs “Tradition,” “If I Were a Rich Man,” “Matchmaker, Matchmaker” among others.

Also in Fort Worth, catch “Frank-N-Friend” at Casa Mañana. The musical follows the new kid in school as he meets new friends and learns how to avoid the school bully. It’s on stage through Feb. 16. 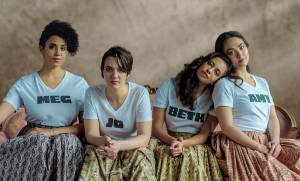 Head to the Dallas Museum of Art for another installment of Arts and Letters Live. Tonight’s event is a sneak peek of Dallas Theatre Center’s production of “Little Women” before it opens to the public. There will be an in-depth discussion about the play, and the influence and legacy of the iconic novel.

If you’re going to the Fort Worth Stock Show & Rodeo, your ticket is also good for a Moo-seum Experience. You get FREE same-day admission to the Fort Worth Museum of Science and History exhibit galleries, the Cattle Raisers Museum and the National Cowgirl Museum and Hall of Fame- all of which are open today

In Irving, the University of Dallas’ Haggerty Gallery holds a retrospective exhibition of work by Heri Bert Bartsch, who founded the sculpture department at UD and taught there for 29 years. 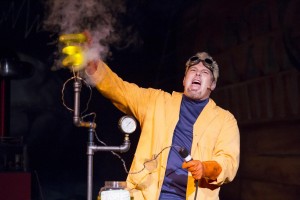 Don’t miss Doktor Kaboom and The Wheel of Science at the Wyly Theatre in the Dallas Arts District. The family-friendly show features over a dozen fun science demonstrations.

In Plano, the Nordic Choir of Luther College performs at St. Andrew United Methodist Church. The choir is making only four stops in Texas as part of its 2020 Winter United States Tour. There is no admission charge, and the concert is open to the community.

Also in Fort Worth, the photography show “Eliot Porter’s Birds” continues at the Amon Carter Museum of American Art. Porter photographed birds almost every spring for more than fifty years.

And to get the latest art news, event happenings, and ticket giveaway alerts delivered right to your inbox sign up for our weekly e-newsletter.