Summer is winding down, but there’s still time to get out and enjoy these lazy-hazy days. There’s also plenty to enjoy in the arts this week. Escape the heat and take in a gallery or two, enjoy a film festival, or catch a stage production. Whatever you’re in the mood for, Art&Seek has you covered with our picks of the week. 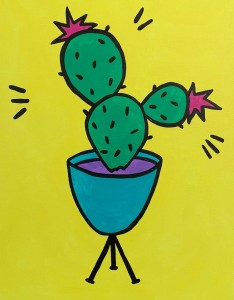 To celebrate the success of their Keith Haring show “Against All Odds,” the Arlington Museum of Art hosts Art Uncorked! The after-hours workshop features wine and art!

Musician Thomas Csorba has a young face, but his music reveals an old soul. Inspired by Texas troubadours, like Townes Van Zandt, Woody Guthrie, and other lyrical giants. See him tonight at Sundown at Granada.

Time is running out to see “Floating Life,” a collection of large-scale works by San Antonio artist Liz Ward. The show is based on geological maps of the Mississippi river’s ancient courses and inspired by the artist’s childhood memories from South Louisiana. 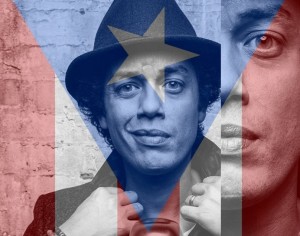 “Evolution of a Sonero” is the first play in Cara Mía Theatre’s festival of solo shows. It’s a love letter to salsa and the Bronx. See it at Dallas’ Latino Cultural Center throughout the weekend.

In Fort Worth, Near Southside hosts Writer’s Bloc [sic] at Leaves Book and Tea Shop. Portraits of local writers will be showcased along with audio of Fort Worth journalists reading literary quotes.

Check out the closing reception for “In Peril” at Keller Town Hall tonight. The exhibition brings awareness to the plight of endangered animals around the globe. 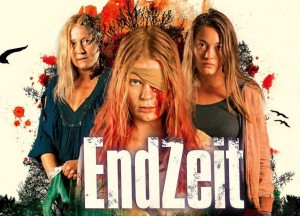 The 4th Annual Women Texas Film Festival is underway. Tonight, at Dallas’ Texas Theatre they will be screening the German zombie flick “EndZeit,” or “Ever After” in English. They will have lots of short films and other features screening all weekend.

Time is running out to catch “Lungs” at Stage West. The two-character show is about a couple wrestling with their own selfish dreams and desires and the decision to have kids. The play runs through Sunday. 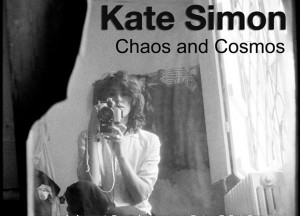 Music photographer Kate Simon has photographed Madonna, Bowie and Bob Marley. See here work in person at the closing reception of her exhibition “Chaos and Cosmos” on Saturday at Fort Works Art.

In Fort Worth, Fort Brewery & Pizza hosts a production of Shakespeare’s “A Midsummer Night’s Dream.” Taphouse Theatre puts on the free show on Sunday.

Throughout the weekend, five professional actors and 200 regular Dallasites come together to tackle a different Shakespeare play. See Public Works Dallas’ free performance of a musical adaptation “As You Like It” at the Wyly Theatre.

Also, the online publication Refinery29 has brought their interactive art installation, 29Rooms to Dallas. You can check all 29 one-of-a-kind spaces under one roof at the South Side Ballroom at Gilley’s Dallas. 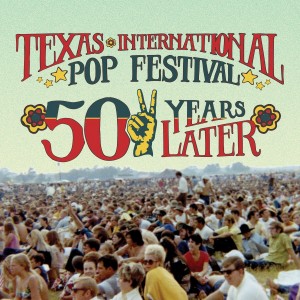 The Denton County Office of History and Culture are giving North Texans the opportunity to learn about Texas’ own version of Woodstock. See the exhibition “Texas International Pop Festival: 50 Years Later” at Denton’s UNT on the Square.

The Fort Worth Community Arts Center has seven exhibitions on view right now. One worth checking out is called “Local Visions of Realism.” And it features four artists who make photo-realistic work.

In Dallas, NorthPark Center hosts an immersive audiovisual space called a Portal. It’s connected with other Portals around the world and allows audiences to connect internationally. 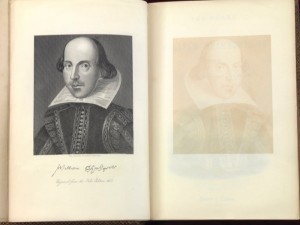 The Tyler Museum of Art also has a new exhibition that just opened this weekend. It’s called “Books, Books & More Books: Works by MANUAL.” The show features artwork and graphics seen inside of books.

Right now, the Frisco Discovery Center has more than 60 works by 32 regional artists on view. The exhibition called “Conduit” is presented by the newly formed art group Envision Arts.

If you’ve been interested in taking an art class, head to the Fort Worth Community Arts Center. They teach figure drawing and painting every Tuesday.