The Outgoing Tide  – A family must come to an agreement for the future in this play. See One Thirty Productions’ presentation at the Bath House Cultural Center. 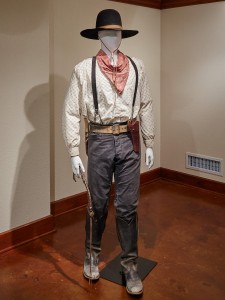 Bullets and Bustles: Costumes of Lonesome Dove – This exhibition at the National Cowgirl Museum and Hall of Fame in Fort Worth features the costumes worn in the film Lonesome Dove, created by award-winning designer Van Ramsey. 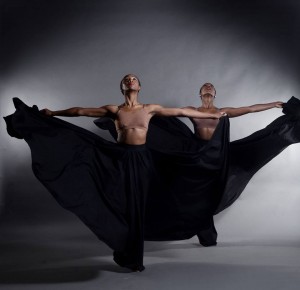 The Trishas – This Austin-based quartet sings harmonies at the Kessler Theater.

35 Denton Festival – The festival kicks off with yoga on the Courthouse Square Lawn and performances by Dove Hunter, Daniel Markham, and Repel the Robot. 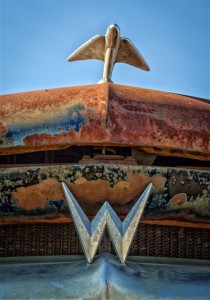 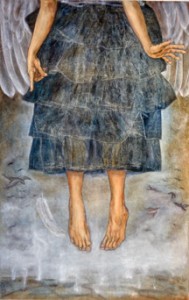 Opening Reception: Women in Print – This exhibition at the Bath House Cultural Center showcases the work of sixteen local and regional women printmakers. 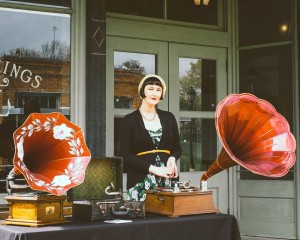 Amelia Fox Trot, the founder of the Austin Phonograph Company

The Nether, by Jennifer Haley – A detective finds herself in a moral conundrum while investigating a virtual reality site. Watch the drama unfold in this play at Stage West in Fort Worth.

The cast of Light Up the Sky.

Light Up the Sky – Theatre Three presents this backstage comedy following the cast of a Broadway show on opening night.

ECHO READS: THE MUFFIN CONUNDRUM by Diana Lee Woody – Head to Bath House Cultural Center for a staged reading of this new comedy. 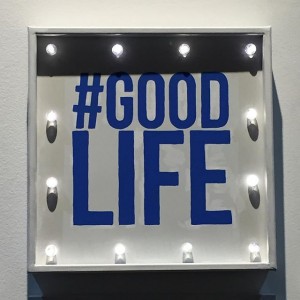 A piece on display in “Paradise/Hell.”

Paradise/Hell: An Installation by Vicki Meek – This exhibition at Mountain View College’s Cliff Gallery explores environment as both paradise and hell and includes photographs, lyrics, and a site-specific installation.