Happy spring, everyone! In addition to the warmer temps and blooming flowers, this week marks the start of Dallas Arts Month. That means there will be plenty going on!

But the truth is, there’s ALWAYS a lot going on in the North Texas art scene. From SOLUNA to the Dallas Art Fair and much, much more, now is the perfect time to challenge yourself and experience something new — a gallery or theater you’ve never visited or a style of music or movie you’ve never seen. Here are a few ideas to get you started. 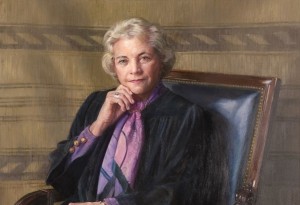 “Til Death Do Us Part” is the latest in the Catholic comedy series, Late Nite Catechism. See it at Fort Worth’s McDavid Studio through March 31.

And at the Eisemann Center in Richardson, the 89-year-old step-sister of Anne Frank recalls what it was like facing Nazi hatred in “A Historic Evening with Eva Schloss.” 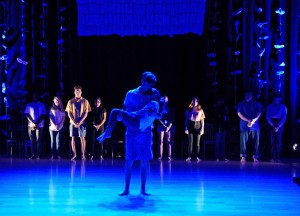 Join Art&Seek’s Jerome Weeks tonight at the Dallas Museum of Art where he’ll host a State of the Arts conversation on Politics in Performance.

The Amon Carter Museum of America Art’s extensive photo collection gets some love and attention from local experts. Stop by tonight to hear a public talk. 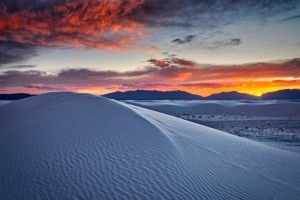 For five years, Craig Varjabedian photographed the White Sands National Monument in New Mexico. The results include a book and a new show of richly-colored large-scale photos. See his exhibition Into The Great White Sands at Afterimage Gallery through April 9.

UNT’s Department of Dance and Theatre presents an adaptation of Dutch author Guus Kuijer’s wry, dark and enchanting children’s story, “The Book of Everything.” See it at Radio, Television & Film Performing Arts Building on the campus of the University of North Texas. 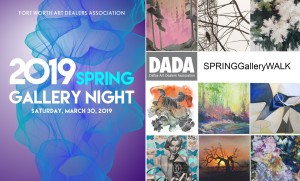 Saturday is rich with the visual arts, including the Fort Worth Spring Gallery Night – with participating galleries open until nine o’clock.

On Saturday in Arlington, “Heal the Divide on Campus” is made of one-act plays written and performed by UTA students addressing topics of interest to millennials including sexual harassment and Black Lives Matter.

For something lighter on Sunday, there’s the Denton Community Theatre’s production of the musical “Annie” at the Campus Theatre. 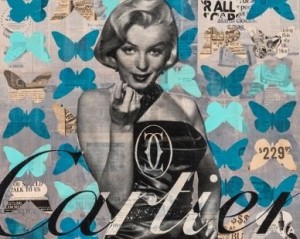 In Dallas, the Laura Rathe Fine Art Gallery presents works by Robert Mars and Paul Rousso. Both artists are known for layering and distorting pop culture imagery including dollar bills and fashion photos. You can see For the Ages through April 27.

In Mesquite, the Galleries at Eastfield College present alternatives to the traditional superhero in the exhibition, the Sequential Self: Female, Non-Binary, Trans, and Queer Voices in Comics and Zines. 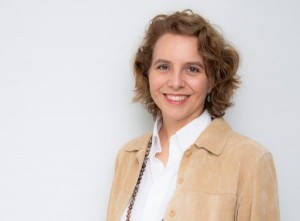 For their Tuesday Evening lecture series, the Modern Art Museum of Fort Worth will host Rainey Knudson. The former publisher of Glasstire will talk about running the Texas online art magazine for more than 18 years.

At the Dallas Institute of Humanities and Culture, the reading group, the Historians, meets to discuss Tom Holland’s book, Rubicon: The Last Days of the Roman Republic.