Want to see ‘Hamilton’? The only Dallas Summer Musicals’ approved vendor is TicketMaster (link). And if  price is an issue, there’s a lottery but you have to download the app.  Nee more info? Go here!

with a couple of Destiny’s Child songs and a slew of lyrics from all your favorite 90s-era hip-hop songs is a pop culture phenomenon. And now, the 11-time Tony Award Winning show is coming to Dallas. In this week’s Art&Seek Spotlight, I talked to fans about why the show and its music inspires such deep passion.

Caroline Lemieux is 11 and lives in Grapevine. She likes drawing, getting into trouble with her friends and listening to “Hamilton.” 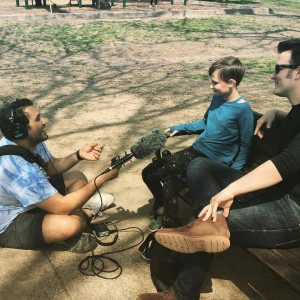 Caroline Lemieux and her father Justin share their love for ‘Hamilton’ while visiting a park.
Photo: Katy Lemieux

“Everyone I meet, I tell them that I saw it on Broadway and that I saw it with the original cast,” says Lemieux. “And I just like to go around and brag about it.”

Does she recommend it to friends?

“Oooh yea. All the time” she says excitedly. “I would recommend it to anybody. It’s a wonderful play. It’s very touching. And it’s got a lot of history in it, so you can cheat on your tests!”

The miniature theatre critic told me that she loves the lyrics, the storytelling and the scale of the production.  A song the Alexander Hamilton character sings as he struggles with a decision stands out.

“There’s a song called “Hurricane,” she says. “He’s telling the story of when he’s on his island and he’s trying to get out of his town to go to New York. And he literally writes his way out! And all the movement in the song is just amazing.”

Of course, “Hamilton” isn’t just for kids. Kartik Rathore owns The People’s Last Stand. That’s a cocktail bar in Dallas. Rathore saw a piece about the show on “60 Minutes.” Then he read the biography that inspired Lynn Manuel Miranda to write the musical.

“And then I listened to the musical and I was like, ‘All right. I have to see it.’ And it was one of those things where I like you listen to the songs over and over again and they just become part of your everyday playlist. You know?”

Casting people of color in the show and using contemporary music made US history feel more relevant. People responded. And that sensation is part of the Hamilton story.

“I think that it’s an iconic piece of art that we created,” says Rathore.

“Now I think of every small thing like, ‘Is this my shot?” says Rathore. “I’m not gonna throw away the chance to do something greater? Like it’s never too late for that. And that’s kind of what it was for me, where it was kind of just a spark when I needed it most.”

Those deep connections are what’s most exciting about Hamilton, says Ken Novice. He’s president of Dallas Summer Musicals, which will present the show in Dallas. People who have never seen theater are coming to the show.

“It’s opened up audiences for theatre in a way nothing ever has before. I mean I think other shows have that to some degree, but this show is uh, uh, to me, the winner in terms of really bringing theater to all audiences.” 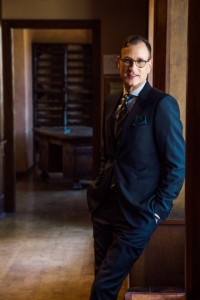 Novice expects Hamilton to be sold out for five straight weeks. But here’s some news: tickets – affordable tickets – are still available.  Some tickets from every performance are being held back for a digital lottery on The Hamilton App. It’s called “Ham4Ham.”

“That’s one way of making tickets available to people who can’t afford to pay, you know, 80 dollars, 90 dollars, 200 dollars, whatever the price might be for a ticket to the show. And that’s a key element of what we’re doing.”

Emily Beattie already has her tickets. The 36-year-old development director bought them over a year ago. She loves ‘Hamilton’ for lots of reasons. Especially the way the show’s music and storytelling merge to build a world. It captivates her no matter where she is:

“I would be like wearing headphones and listening to the musical while shopping and just like picking out cheese at Central Market. You know. It like – (laughs) – very – just feeling like, ‘Oh my gosh! I can see it in my head.’ You know.”

And now, she’s stoked to see it in person.