Art&Seek is highlighting new music from North Texas every Thursday. Click above to hear me talk with North Texas musician, songwriter, and producer Abby Cole for our Music Minute, which airs on KERA FM and KXT 91.7. For more local music, tune in to the KXT Local Show at 7 p.m. on Thursdays. And tell us what you’ve been listening to on Facebook, Instagram or @artandseek on Twitter. 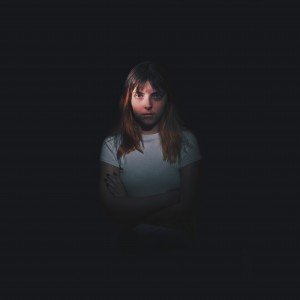 Abby Cole has always been a music lover, but even though the 21-year-old grew up singing in churches in Forney, she never really thought of herself as a musician.

“I think for a while I was pretty intimidated by the idea of making my own music,” she said. “I just didn’t know where to start.”

Once Cole saw that artists were creating DIY music in their bedrooms, she knew that she could do the same.

“I realized that this isn’t as much of an intimidating process as I thought it was,” she said.

Cole started using the Garage Band app on her phone to experiment, recording vocals on her earbud microphone. In 2018,  she used the app to create her first single, “Ghost Town.”  She followed that with the 2019 EP, Is it Not Strange. That was another learning experience.

“My first EP was basically me figuring out Logic and figuring out mixing and producing and so for my next EP, now that I’m more familiar with the program, I can be a lot more creative,” she said. 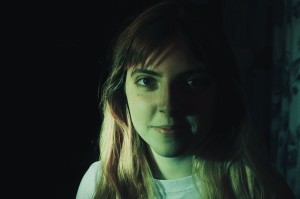 And, creative she is. Her new single, “The Speed of Time,” has an electronic, minimalist sound. Her sweet voice singing lyrics like “Nothing happens in this town/not to you if you keep looking down” and “Do something quick/we’re bleeding out/miracles couldn’t save us now” combine with electronic tones and beats to add to the sense that Cole calls “apocalyptic panic”.

“It’s sort of about the feeling that time is moving really quickly, and we don’t really have control over it, ” Cole said. “It’s also a little bit political… like, does anyone else see all this disaster around us?”

Electronic minimalism carries over as the theme for her next EP, SEETHRU, which doesn’t yet have a release date.  SEETHRU was written, recorded, produced, and engineered in Cole’s bedroom during Covid lockdown. The EP shows Cole going in a newer, darker direction in the tone of her music.

“I’ve never really been a fan of ultra-happy cheerful stuff,” Cole said. “I just tend to gravitate towards darker moods and darker tones.” 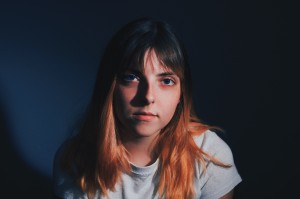 Cole was particularly inspired by Canadian singer, songwriter, and producer Grimes and she tried to capture the dark, intense feeling that artists like Grimes deliver for SEETHRU. So far, that strategy seems to be working: in addition to creating a wonderful new body of work, Cole was just nominated for a Dallas Observer Music Award for Best Pop Act.

Cole is in her last semester at SMU where she is studying film and English and is looking forward to curating live performances and creative livestreams to showcase her music. Follow Abby Cole’s musical journey on Instagram, Facebook, Twitter, TikTok, and Youtube.