“Photo road trips are the things that excite me the most,” says actor Jason Lee. “I haven’t found anything as exciting since the skateboarding days.”

So Dallas-based Exploredinary – the artistic duo Sarah Reyes and Daniel Driensky, featured in Art & Seek’s Spotlight series – went on a road trip with him, capturing the third and last short documentary in their series called ‘Legends of Skateboarding.’ The first completed film wemt online two weeks ago, and the second one, ‘Skateboarding Is Our Religion,’ went online earlier this week. This last one is called, naturally, “The American Photo Roadtrip.”

The previous films have taken us to LA and San Francisco; this one’s closer to home: They wander around North Texas, Denton and Decatur, in particular with Lee and his old-model cameras and his dangling pine-tree air scent in the car. Check out their Q&A with him below. 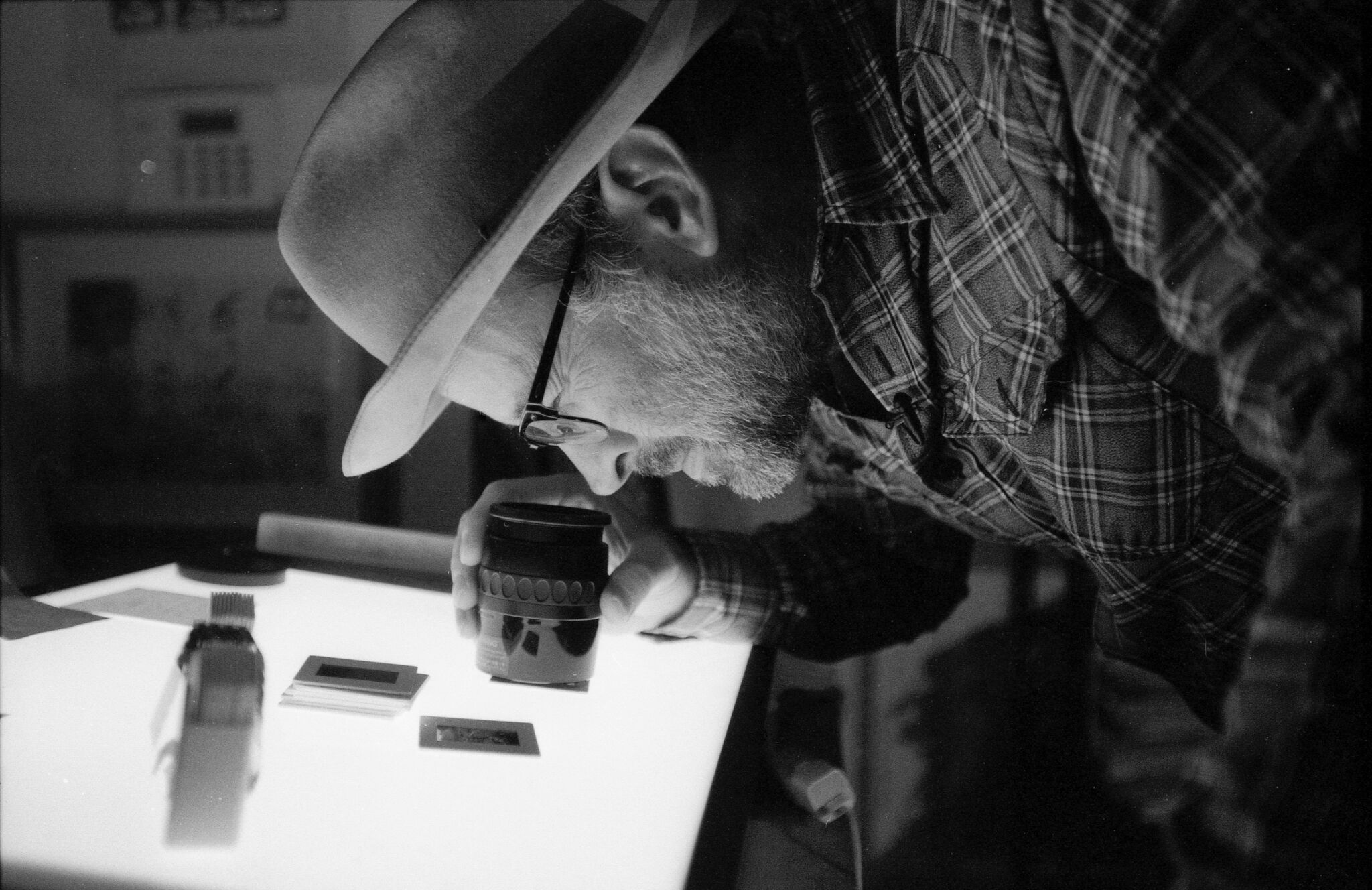 In 2018, Jason Lee published his second photography book, ‘A Plain View,’ which was a collection of 4×5 film photographs taken all over Texas on multiple road trips.

What sparked your interest in photography, and how did it come about?

I had used a lot of Super-8 film in the early skateboarding days, and played around with some Polaroid cameras, but it wasn’t until becoming an actor and being on movie sets that my desire for learning about film and photography was sparked. This was in 2002.

Why is film so important to your photographic work?

To me, film and photography are synonymous. And it’s all I’ve ever known. And all I ever want to know. No matter how much digital imaging continues to improve, film is unmatched and irreplaceable, in look and of course in feel. And, at a fundamental level, film is archival. Knowing that I have thousands of film photographs for my children to have and to hold long after I’m gone is a nice thought. Something they can hold and make prints of. Leaving behind actual film and not just hard-drives is important to me.

What is Film Photographic, and how did it get started?

@filmphotographic is an Instagram film photography-sharing platform and now photo book publisher. I started it in 2015 as a way to connect those with a passion for film. And we’ve been very encouraged by its growth and by seeing how many folks out there are still (and many of them exclusively) using film.

What do you like about taking photo road trips?

Being on the road is an almost indescribable joy. All of the popular clichés apply, of course; freedom, and so forth. But for me, it’s the unknowns that lay ahead, especially when you’re traveling by roads you’ve never traveled before, and not knowing what you’ll find. Long days of driving, late-night check-ins at some random motel, and getting up and doing it all over again the next day, never quite knowing where you’ll end up.

How does skateboarding, photography and acting intersect for you, what are the common factors, or how did one lead to another?

They are all creative and personal endeavors. And, for me, everything comes from skateboarding. The freedom you feel as a skateboarder, and the rewards of all the hard work, translate into both acting and photography. Skateboarding led to acting and acting led to photography. But there are many things about each one that feel connected to the others.

Tell me about your recent book, ‘A Plain View’ – how did that project come about and how were the locations selected?

It’s a book of large-format film photographs that I made in early 2017 while roaming Texas. Living in Texas, I wanted to explore the state and hopefully make a book from the photographs. The places I saw were all unique and beautiful. Some strange towns, emptiness, abandonment, beautiful. A very cinematic and unique state.