Saturday night, thousands will head to Downtown Dallas to see its buildings painted in light, video and sound. In our weekly State of the Arts conversation, I chatted with Danielle Avram, critic and curator. She’s one of four curators who selected the artists participating Aurora 2018. We chatted about the serious themes behind the spectacle of this festival of light.

You can click above to listen to the conversation that aired on KERA FM. Or read it below.

The theme for Aurora this year is “Future Worlds”. Within that, you and your co-curator, Justine Ludwig, decided to focus on ecology. Walk me through how one of the works you’ve chosen fits into this theme.

David Stout is someone whose work I’m absolutely fascinated by. He’s out of the University of North Texas in Denton. He is debuting a brand new work called “Exo”. And it is going to be this huge projection on the side of the Dallas Public Library that is this alien skin that will be floating across the side of the building, making it look as though the building has come to life.

So rather than thinking strictly in terms of an ecology being this little microcosm within the larger world, he’s thinking about it in terms of otherworldly ways.  But it’s also possible to think of it in terms of these environments that we create around us and the way of these  taking over and  a life of their own.

How’d he make this?

He has only has so much input and then the computer takes over?

Essentially yeah, he sort of plays it like an instrument.

Creating immersive experiences and selfie moments is a really popular thing to do right now and that’s created some debate  in the art world.  Is Aurora an art experience or is it entertainment?

I think it’s a little bit of both. The beauty of an event like this, of these immersive installations, is that it can appeal to a broad audience, and it can also take heady concepts and disseminate them to that audience.

It’s easy to come to Aurora and be wowed by the spectacle of it, which is very much a part of the event, and we want people to be wowed because it’s always going to be cool to see something projected huge on the side of a building.

But I think the theme of Aurora, the idea of future worlds is a very important one right now. I would like people who are coming to Aurora to take in the spectacle but also be very aware of the seriousness of the themes behind this exhibition. I think this is a theme that is becoming more important in the art world and I’m really excited that aurora is right there at the forefront of this discussion.

Has this been fun for you?

Yeah! It’s been super fun. It’s always exciting to see a work brought out of an institutional space and out into the world. And especially to know that it’s going to be seen by a massive audience. I don’t think there’s any artist or curator who wouldn’t relish the opportunity to be able to participate in something on this scale. All of the artists that we’ve selected are people that we’ve wanted to work with for some time. As a curator that is incredibly rewarding, to be able to champion the work of an artist that you are a fan of, and to give them the platform, that is always the most exciting thing. 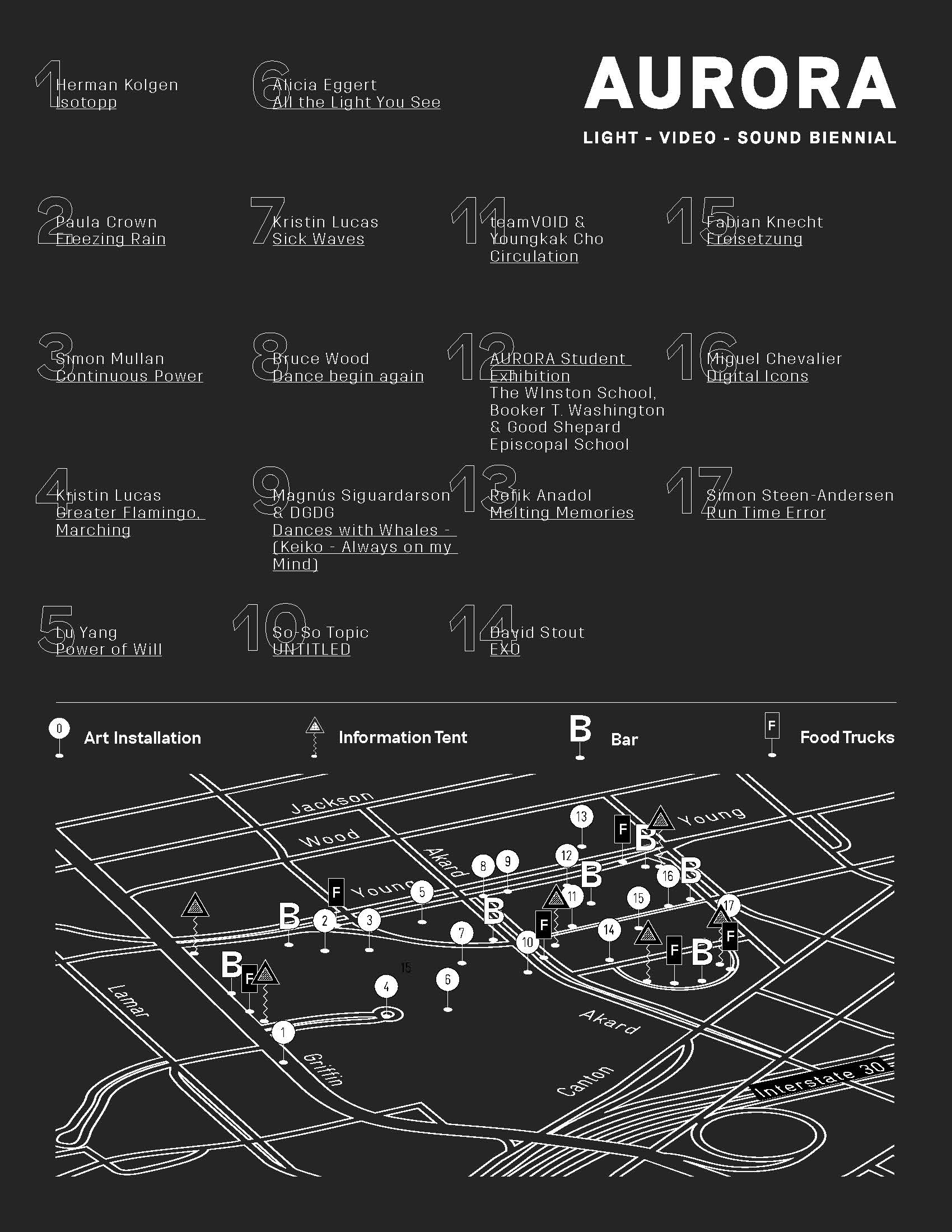