Fort Worth has more than 100 pieces of public art. From hanging metallic sculptures to eye-catching murals,

Want to learn more about Fort Worth Public Art? Take a virtual tour and view the video below. Also, check out this story featuring the Arts Council of Fort Worth.

the artworks shine a light on neighborhoods, cultural facilities and other places that define what it means to live in Cowtown. In this week’s Art&Seek Spotlight, we meet two artists who will add to the collection. But first, they’re gonna take a ride with the city’s fire department.

It’s 7 a.m. and things are slow at Fire Station 31 in North Fort Worth. “Staffing for today is complete,” a voice announces plainly from a speaker in the ceiling. Yesterday’s crew is clearing out after a 24-hour shift. And today’s firefighters are sitting at a dining table chugging coffee and talking to their guest Joe Barrington. 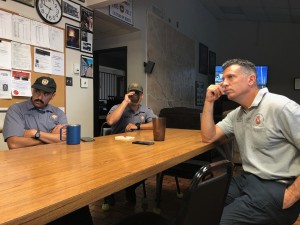 “So what was the last art project you worked on?” asks firefighter Elfidio Quinones. ““Well,” Barrington answers slowly as he searches his mind, “I just finished another raven piece a few days ago.” “And, uh, did you make that for someone?” asks Quinones. “Yea. It was a commission,” says Barrington.

Barrington is a 63-year-old, West Texas artist. He’s known regionally for his large, outdoor, metal sculptures. Think longhorns, cacti, and horses. But firefighter Marcus Robinson thinks Barrington has his work cut out for him on his next project. 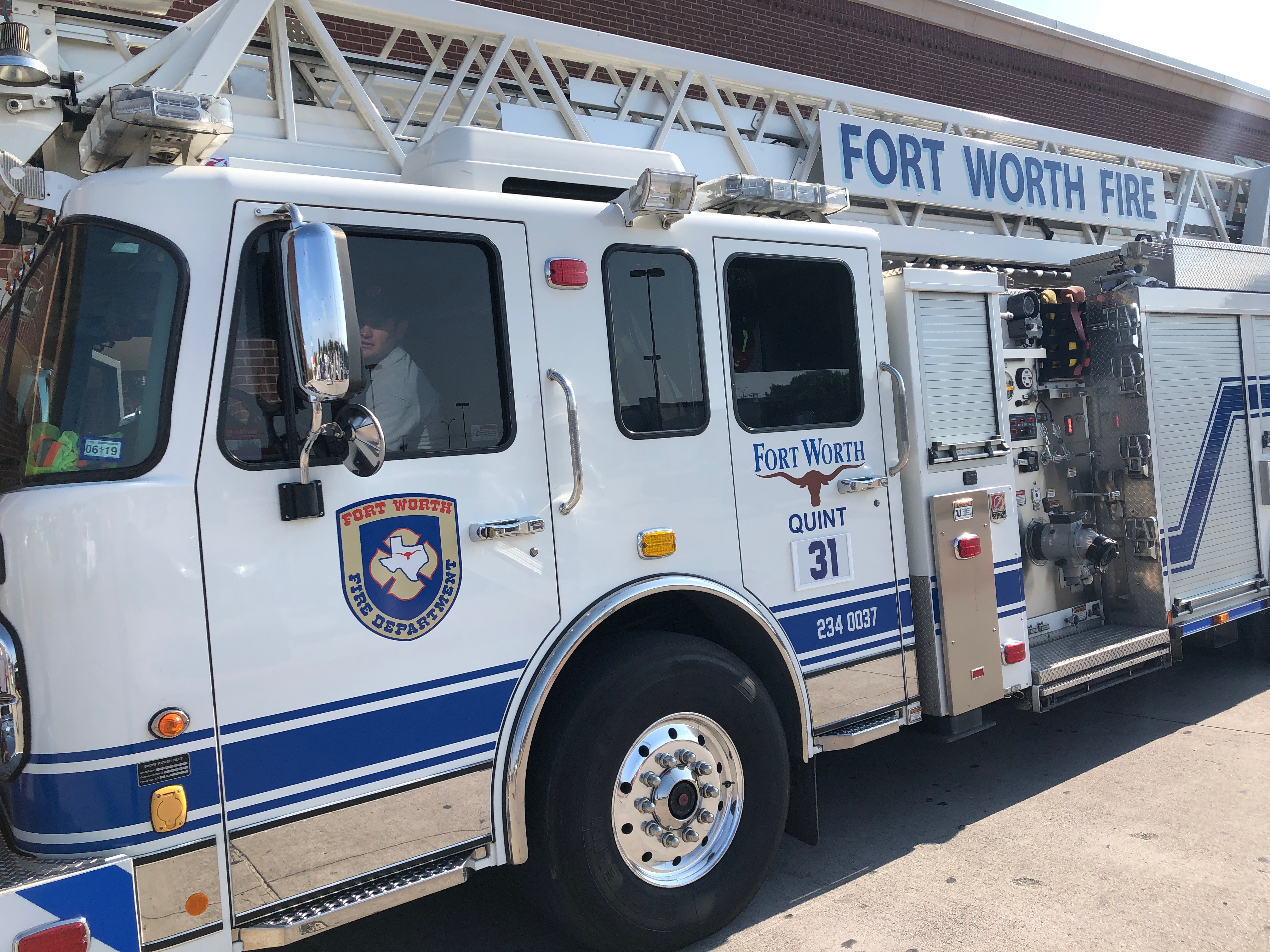 One of the two fire trucks at Fire Station 31.
Photo: Hady Mawajdeh

Lieutenant Boris McCray has been a firefighter for 21 years. And he’s hoping that whatever Barrington creates showcases what’s important to firefighters.

“Our attention to detail when it comes to our customers,” explains McCray. “That’s one of the biggest things I want you to get. Cause it’s all about them. Without them, you know, there’s no us.” 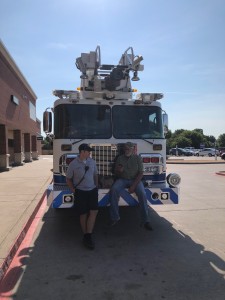 Barrington’s sculpture is going to live outside of a new firehouse planned for a nearby neighborhood. Fire Station 45 will be located on the opposite side of Interstate Highway 35. That area is growing fast. And Barrington is excited to make his mark.

“My goal is to build an iconic piece for the Fire Department that becomes a fixture in that immediate community. That people talk about and say, ‘you know the fire station down there where the sculpture is. You know,” Barrington says. 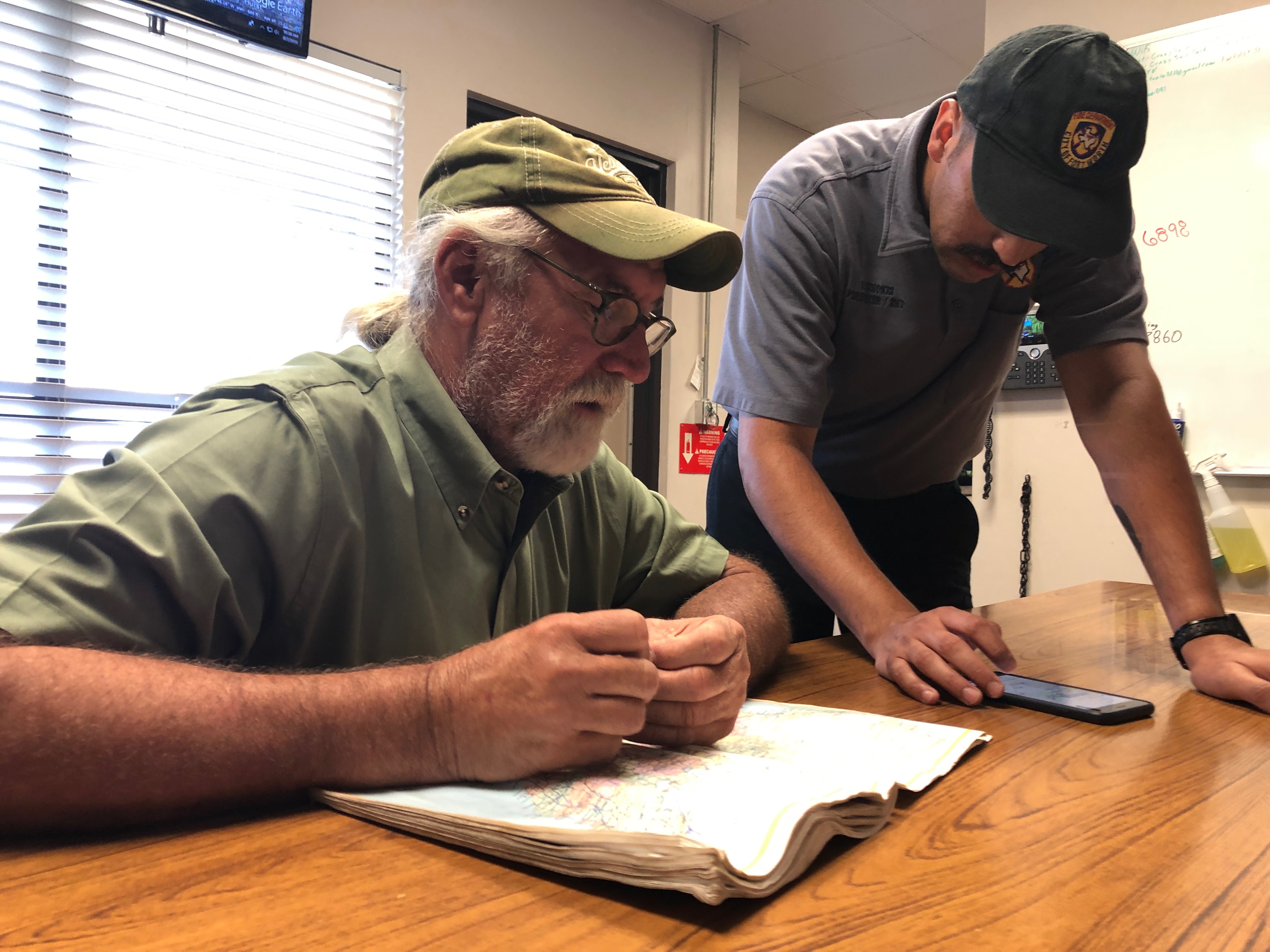 In order to do so, Michelle Richardson thinks spending time with these firefighters is key.

“As I’m sure you can imagine, everyone has their idea of what a firefighter does,” says Richardson. “But it’s generally more extensive than we all know.”

Richardson is one of three public art project managers at the Arts Council of Fort Worth. They manage the city’s public art collection. They also coordinate new public art projects. And Barrington’s sculpture is just one of Richardson’s projects. She’s juggling several, including works at two other soon-to-be-built fire stations. 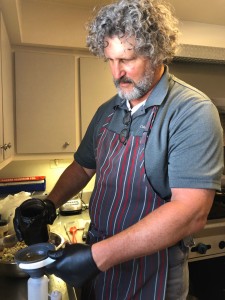 Marshall Harris is making work for Station 43. And he too has been spending time with the Fort Worth Fire Department.

“So have you spent your whole week at this station?” I ask. “No. I was here last Monday for an eight-hour shift,” says Harris. “Then I was at Station 17 for 24 hours. I think we had like 19 calls And it was an eye-opening experience. It was crazy.”

Harris is a six-foot-six-inch, 290-pound, former NFL player who’s been making art since he was a child. He’s known for photorealistic graphite drawings of people, landscapes and Western items like revolvers and saddles. (Read our 2016 profile of Harris here.) But he’s planning to make a sculpture for Station 43.

“It’ll be a little like a coming-out party for Marshall Harris the sculptor,” he jokes. Then he starts talking about what he’s learned over his 40 hours with the fire department. “When everything goes sideways, they’re the first ones you want to see. You know, it’s like they go from not very popular to ‘Oh! You’re going to make this much, much better. Thank you.’” 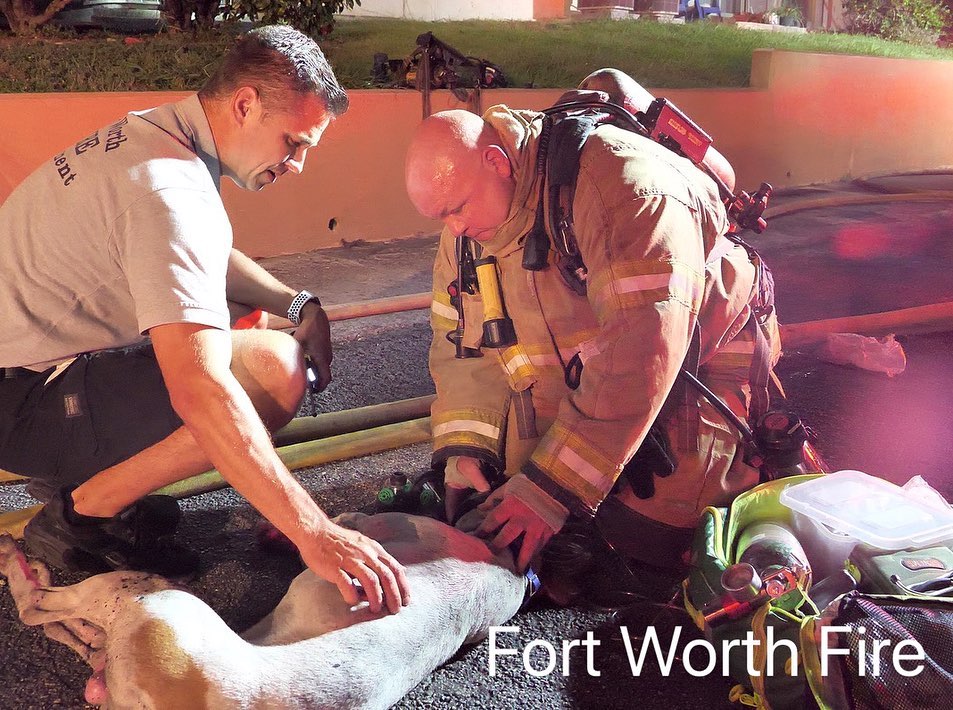 Harris has seen shocking stuff over his three shifts, including a man being brought back to life after an apparent drug overdose. He says it gives him a better understanding of the challenges that firefighter face each day and each call.

Harris doesn’t know what he’ll make yet. But he does know that hanging out with firefighters will inspire the piece he’s making for the soon-to-be-built Fire Station 43. And Richardson from the Arts Council says that’s the point.

“Public art really does involve the community from the beginning,” she says. “So maybe look beyond what you initially see and really pay attention to how it maybe relates to the department or the park or wherever it is you’re looking.”

And if you do, you might even grow a greater appreciation for the folks flying around and saving lives.