We’re lucky we live in an area with an abundance of great theater all year round. But to me, the shows that hit the stage during the peak of summer are the most welcome. Except for maybe a cherry popsicle, there’s nothing better than slipping into a frosty theater when the weather outside is hovering near the century mark.

Besides beating the heat, you can also look at summertime as the perfect opportunity to introduce your little dumplin’ to the fabulous theater going on here in the North Texas area. So don’t wait until Christmas, there are loads of shows on stage right now with something for every age group and taste. Take a look at just a few stage productions we’ve hand-picked just for you. 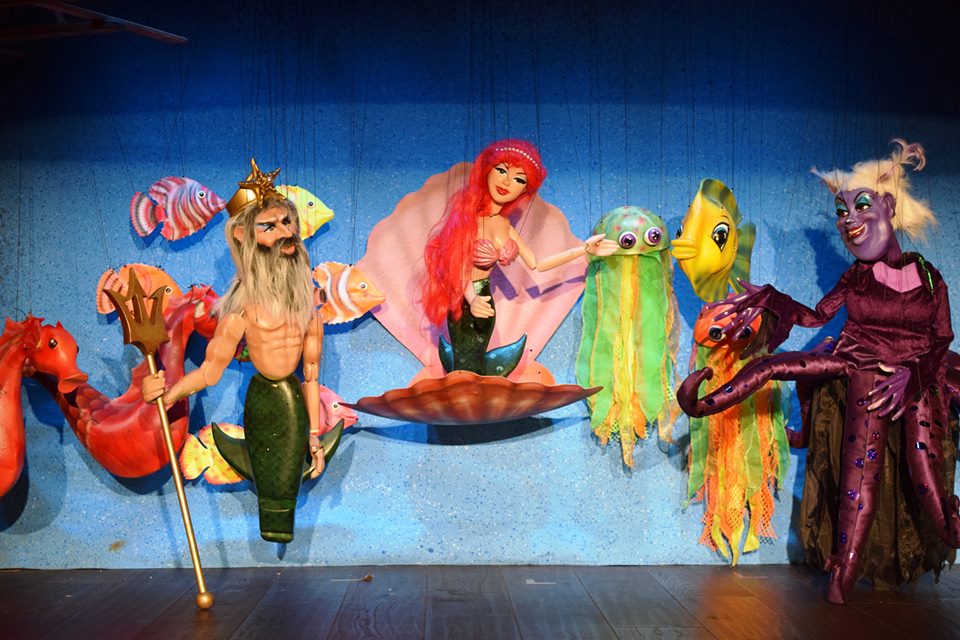 Puppet shows are the perfect introduction to the stage. They’re not too long, not too loud, and not too complicated. They’re just right for young theater goers. Plus, everyone is understanding if you have to get up in the middle to go potty. Geppetto’s Theater & Workshop, located inside the Hilton Anatole, is just the place to experience a first-class puppet show. On stage now is the classic fairy tale, “The Little Mermaid.”  The European-styled marionette play is presented in three acts and uses over 60 marionettes to tell the story.  The show also features shadow puppets, black light rod puppets, and trick marionettes. As an added bonus, there’s a before-show marionette demonstration and a post-show backstage tour. The show runs weekends through September 3.

Another theater primer for the wee ones is “Waiting for Gator” at the Fort Worth Community Arts Center. In this interactive musical you and the kids can sing, dance and cheer on Gator, the alligator, as he tries to work out his time management problems with his friends. The show is the latest production from Billy’s Globe House (the kid component of Fort Worth’s Stolen Shakespeare Guild). It’s a great romp for the whole family and at just $5 a ticket, it’s a great bargain, too. The last two shows happen this Friday and Saturday so don’t miss out!

You have your pick of two casts for “The Wizard of Oz” at the ArtCentre Theatre in Plano. There’s a show with an adult cast, and one with a youth cast.  You can see the classic Frank L. Baum tale come to life in the small, intimate theater that’s the perfect size for your little munchkins. There’s not a bad seat in the house which makes it easier for little people to enjoy the show. Better hurry though, tickets are selling out fast and this is the last weekend for both. 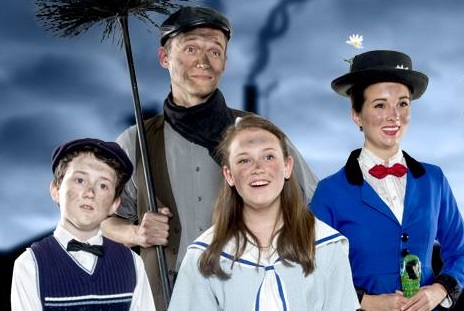 See everyone’s favorite nanny fly into town to save the day as Artisan Center Theater presents “Mary Poppins.”  All of the favorite song and dances you remember from the famous Disney film will be performed, and yes, Mary will indeed fly with her signature umbrella in this fun production. Artisan’s smallish 196 seat theater is another great place to see a play. It’s intimate, theater-in-the-round seating means you feel like you’re part of the production and, again, there are no bad seats. The show closes this weekend so you’d better get a move on if you want tickets to this Supercalifragilisticexpialidocious musical adventure.

It’s summer in Texas and that means rain is scarce. What better way to celebrate the rain we all miss so much than singing along with a splashy stage adaptation of the beloved film? That’s right, you and the kiddos can laugh at the stormy clouds above at Repertory Company Theatre’s presentation of “Singin’ In the Rain.” The teeny tinies might have to sit this one out, but older kids will love the catchy musical numbers, and, of course, the singin’ and dancin’ in the rain.

Another film adaption on stage right now is “Finding Neverland.” It’s happening at Dallas’ posh Winspear Theater in the Dallas Arts District” The musical follows the relationship between playwright J. M. Barrie and the family that inspired the play, “Peter Pan.” You only have until Sunday to hear the story behind the story of the boy who wouldn’t grow up. But if you need more of an incentive, it just so happens this Thursday, July 20 is Kids’ Night On Broadway which means you can get a free kid’s ticket to “Finding Neverland” with the purchase of an adult ticket. The promotion also includes pre-show family activities, and a meet and greet with the cast.

Speaking of big musicals, you won’t want to miss Dallas Theater Center’s “Hood: The Robin Hood Musical Adventure.”  The play is billed as the REAL story of the disgraced nobleman, forced into the wilderness who seeks revenge and reclaims his great love. The characters and the story are larger than life and a great deal funnier than the original. But besides the humor and the music, this take on the famous sword-fighting man in tights is a bit bawdier than the Errol Flynn version. There’s some adult humor and a (very) brief scene featuring some bare bottoms and for that reason, this play is probably best suited for kids 10 and above.