Welcome to the Art&Seek Spotlight. Every Thursday, here and on KERA FM, we’ll explore the cultural creativity happening in North Texas. As it grows, this site, artandseek.org/spotlight,  paints a collective portrait of our artistic community. Check out all the artists and artworks we’ve chronicled. 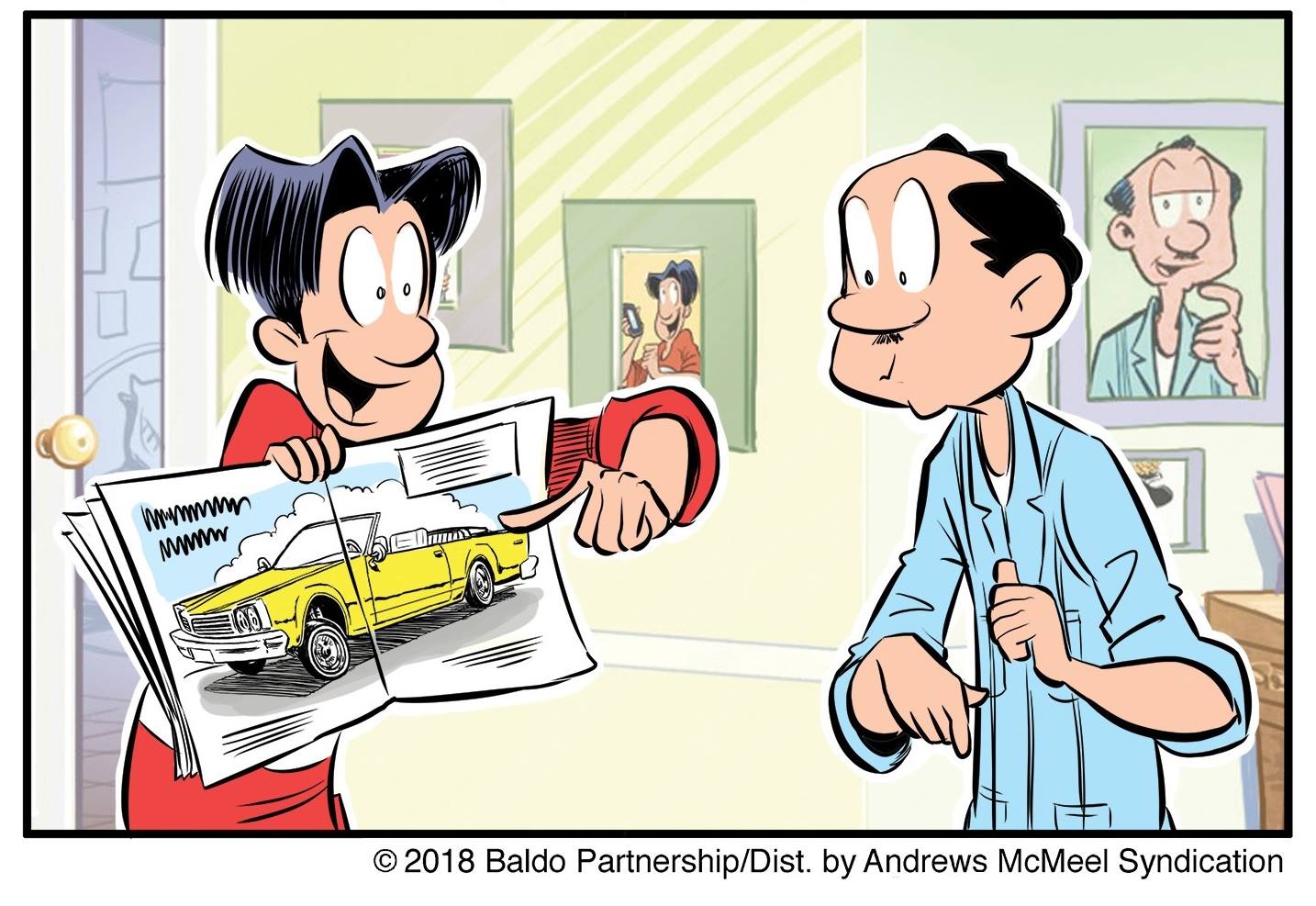 Writer Hector Cantú is co-creator of the comic strip “Baldo.” The strip was the first to center on a Latino teen and his family.

Representation and diversity have proven to be good business. Don’t believe it? Check out the box office numbers for Marvel’s “Black Panther” or count the streams for the CW’s “Jane the Virgin.”

“Baldo’s” co-creator Hector Cantú leads a panel at the Bishop Arts Theatre Center on Saturday, January 26th at 3:00 pm. The group will discuss the challenges and responsibility of expanding the literary canon to include characters of color. Details here.

In this week’s Art&Seek Spotlight, we talk about creating characters of color with a comic strip author who’s been doing it for nearly two decades.

You can read and listen to a shortened “radio version” of the interview below. The player at the top of the page contains audio of a longer version of the interview that can also be heard via the NPR One app.

Hector Cantú, thanks for coming in to chat.

Thank you for having me.

Hector, your strip “Baldo” is in 250 newspapers nationwide. And for those of our listeners who are unfamiliar, “Baldo” centers on the life of a typical teenager who happens to be Latino. When you started in 1999, what was your vision for the comic? 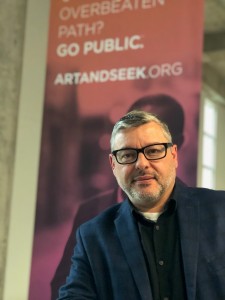 I had grown up on comics. Like a lot of people. And I just didn’t see comics that kind of reflected my life or what I was going through or people like me. I mean, you would see cats. You would see dogs. You would see all kinds of people and animals (laughs), but I didn’t see anything looked like me. So I just decided, maybe it’s time I try to do a comic strip and here we are 20 years later.

In the late ’90s, Latinos were rarely depicted in the media. And when they were, they were often offensive or stereotypical. How did that play into how you created “Baldo” and his family?

When we launched in 2000, we were the only Latino family comic strip out there. And I kind of felt that we had to have characters that maybe weren’t perfect, but they had to be kind of, uh, good people. Let me just say that, they had to be good people. I took stereotypes out of my comedy tool chest and decided to focus on a teenager; his little sister, eight-year-old Gracie; his dad, Sergio, and his great aunt, Tia Carmen. And those four characters formed the base for this multi-generational family that I just wanted to write stories about.

Nationally, “Baldo” is probably the most recognizable Latino comic strip character. Do you ever feel pressure about that? 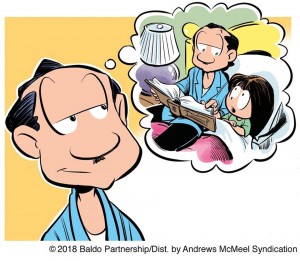 Sergio and Gracie from “Baldo.” Listen to our extended interview to hear a story about fans of Gracie. Tears were shed. (Click player at top of the page.)

Not necessarily. I think maybe the first couple of years I did, but we’ve been doing this for 20 years. I will say that I do try to write stories that I think our characters would experience in real life. That’s what’s gonna set us apart from the other comic strips. I’m trying to write stories and present characters and situations that you’re not going to see in any other comic strip. I think that’s the real pressure. Just trying to create these unique little stories.

Baldo’s 16, he loves girls, cars and he wants to be “cool.” But over the years, the strip has taken on important issues like immigration. Why?

Well, when I start writing I take a look at my notes, I read the newspaper and I try to determine if my characters were real people what would they be going through? What would they be experiencing? So that’s the only time that the “real world” comes into the comic strip. And I tell people, “I’m gonna be pretty factual with this.” As a country, if we start picking up kids, putting them on buses and send them back to whatever country that’s going to happen in my comic strip. Cruz may be picked up and he might be taken out. And people might say, “Oh! But I love Cruz! He’s Baldo’s best friend!” But you know what? That’s the point. That reality will go into the script. And for me, it’s a challenge to keep the strip interesting in that way. But I’ll do it if I have to.

Hector, on Saturday you and a couple of creators are coming together to talk about the responsibility of creating characters that represent for and resonate with audiences of color. Tell us about that. 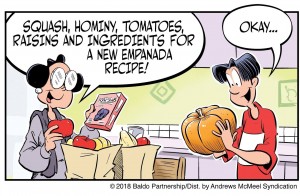 Writer Hector Cantú is co-creator of the comic strip “Baldo.” The strip was the first to center on a Latino teen and his family.

I just thought it would be a good time to talk about how these characters come to life. How you sit down. How you create characters. How you write about characters. And ho they fit into today’s culture. And it just boils down to writing about what you know about. I tell people all the time if you have a story to tell… TELL IT! Make the time, sit down and write your story. I believe it was Toni Morrison who said, “If there’s a book you want to read and you can’t find it anywhere, go write it!” It’s up to us, as writers, to tell our stories.

You’re welcome! I hope you enjoy it every day in The Dallas Morning News and in newspapers coast to coast.