Blake Hackler could probably be a one-person theater company. He’s acted on Broadway and off. He’s an award-winning playwright and a Fulbright scholar. His newest drama – about the searing aftermath of sexual abuse – is being co-produced in Dallas and Fort Worth. In this Art & Seek Spotlight, Hackler talks with KERA’s Jerome Weeks about playwriting – and failing.

Here’s an expanded version of their on-air conversation.

Jerome Weeks: I believe you’re the first local playwright to have productions on both sides of the Dallas-Fort Worth metroplex.

Your play, called “What We Were,” premiered at Second Thought Theatre in Dallas and is now at Circle Theatre in Fort Worth.

Thank you very much. Thank you.

At the same time, you also directed the world premiere of the sci-fi drama, “Red Chariot,” currently at the Undermain Theatre.

And you teach classes at SMU and summer courses at Yale – where you got your MFA. So I’ll begin with what seems to be the opening statement of every Blake Hackler profile: You’re busy.

Ha! Yes, I’m afraid of having nothing to do. So I tend to plan things way out in advance – and too many things. 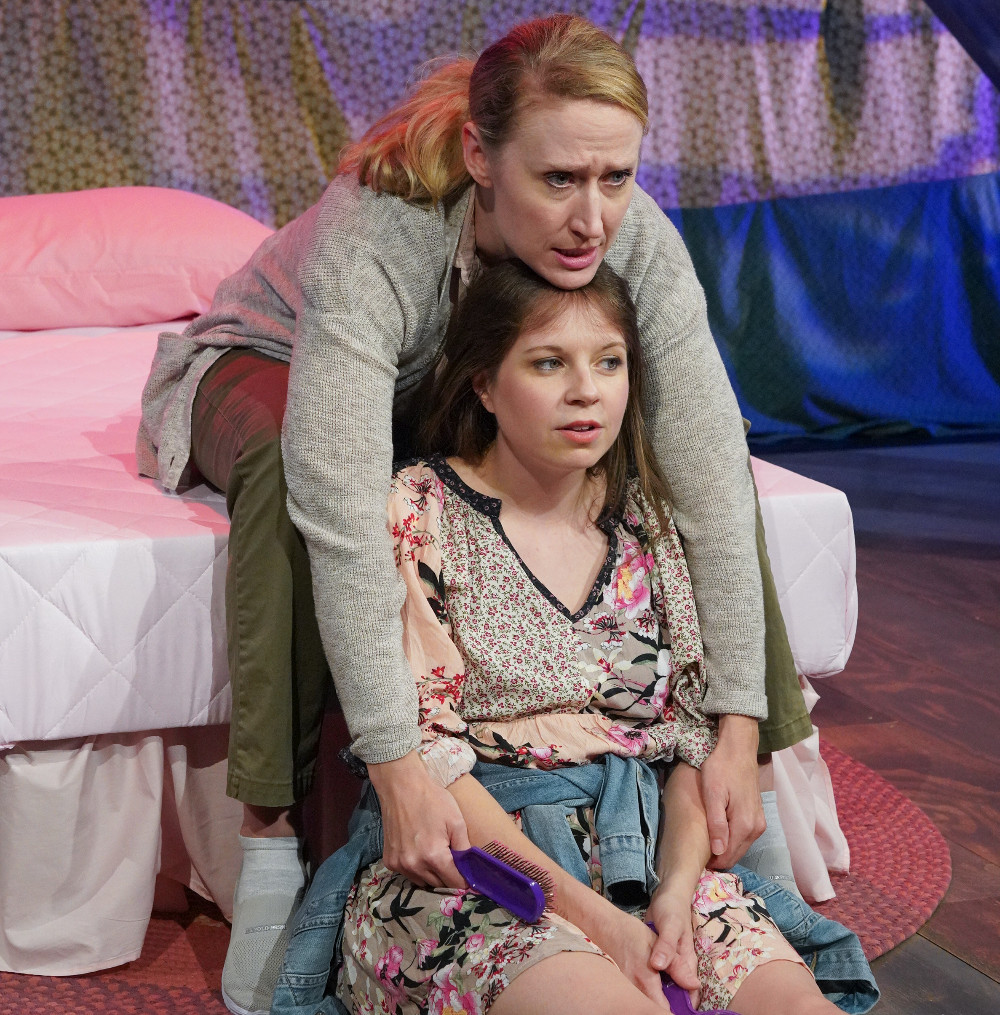 Lydia Mackay as Carlin (above) and Jenny Ledel as the troubled Tessa in Blake Hackler’s ‘What We Were,’ directed by Christie Vela at Circle Theatre.

The play, “What We Were,” was inspired by a story in “Texas Monthly.” What intrigued you about it?

It’s an article about a woman who suffered abuse and then, when she was 18, she disappeared. Her family couldn’t find her. It turned out she was impersonating a teenager for the past 15 years. She was charged with foster care fraud, but she ultimately was sent to a mental health facility.

So there was something really haunting about that story, and so I started to think, what would make a person take such drastic steps? What would they be trying to protect by going back to this short span of their high school years over and over?

In many fictional treatments of sexual trauma, we often see the generational after-shocks. Abusive behavior is shown as an inheritable trait. But in “What We Were,” the effects are not what we expect. The play is almost a mystery story, the unraveling of identities.

That is again one of the fascinating things that drew me to the story – was that this woman had clearly been through something deeply damaging. And as odd as we think the way she dealt with it was, she was trying to protect herself. And I think that that’s what always interests me: how people try to and how people do … survive? And how people — against all odds — reach for wholeness again and again.

It’s purely coincidental, but both of the shows you’re currently connected with — “What We Were” at Circle and “Red Chariot at Undermain — relate their stories with broken-down or chopped-up chronologies. With “Chariot,” it’s the realization of what playwright Gordon Dahlquist sees, this apocalyptic vision of our digital interface with the internet and our electronic devices. This onslaught is psycho-active and rapidly mutable, it’s so out-of-control, it even causes the time-space continuum to break down.

But with “What We Were,” you ingeniously use the chopped-up chronology to keep the audience somewhat unsettled about Tessa, the central character. Because your play has adult women playing these characters from adolescence onwards to middle age, sometimes we don’t know whether this is Tessa really as a teenager or is this the adult Tessa pretending to be a teenager? I think Jenny Ledel is tremendous in the role — the whole cast is exceptional, really.

It asks an incredible amount of the actresses in the play, and they give really beautiful performances. They have to play a character at one age, and then in a split-second scene change, play her at a different age. And then switch again. 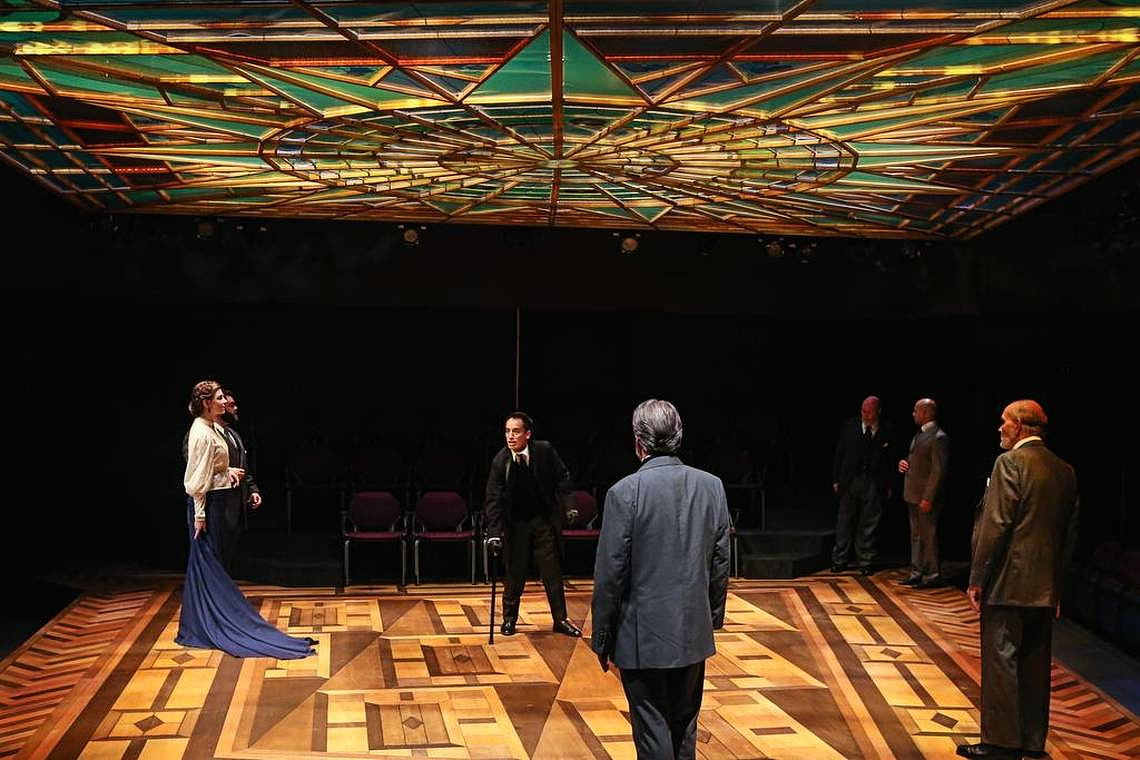 The real-life story of Treva Throneberry is gothic enough; it’s appalling and fascinating. But you complicate it by turning it into this very powerful drama about three sisters — all of whom have to address this trauma.

Yeah, um, I don’t have any siblings of my own. But I’ve grown up very close to my mother’s family. She has two sisters and their relationships have left indelible impressions on me: the depth of their love, the complexity of their love. And so as I started to write the play, and the sisters came into the picture, then I sort of made it a project to honor my mother and her two sisters, to explore what that love between siblings is like.

Your mother and her sisters have nothing to do with the abuse. But do they know they’re sources for these characters?

They’ll actually be in town in two weeks, and I’m taking them to the production in Fort Worth. So I’ve told them again and again, ‘These people are not you, but they are inspired by you.’

When I read the script, I thought, ‘Woo. He’s created ‘Crimes of the Heart’ with no laughs.’ And I mean that as a compliment.

But it does have laughs!

Yes! I was pleasantly surprised, especially in that first scene. Right off the bat, Jenny Ledel finds laughs where I never thought there’d be any. I thought the play was just going to be harrowing, which as you said, isn’t necessarily a bad thing.

Yes, and I really worked hard to work the humor in. That’s something that comes from them [his mother and her sisters] because they’ve been through a great amount of struggle in their lives, and they are very, very funny, and many times, inadvertently so, you know? And I really thought the performers really caught some of that offhand, spiky humor. 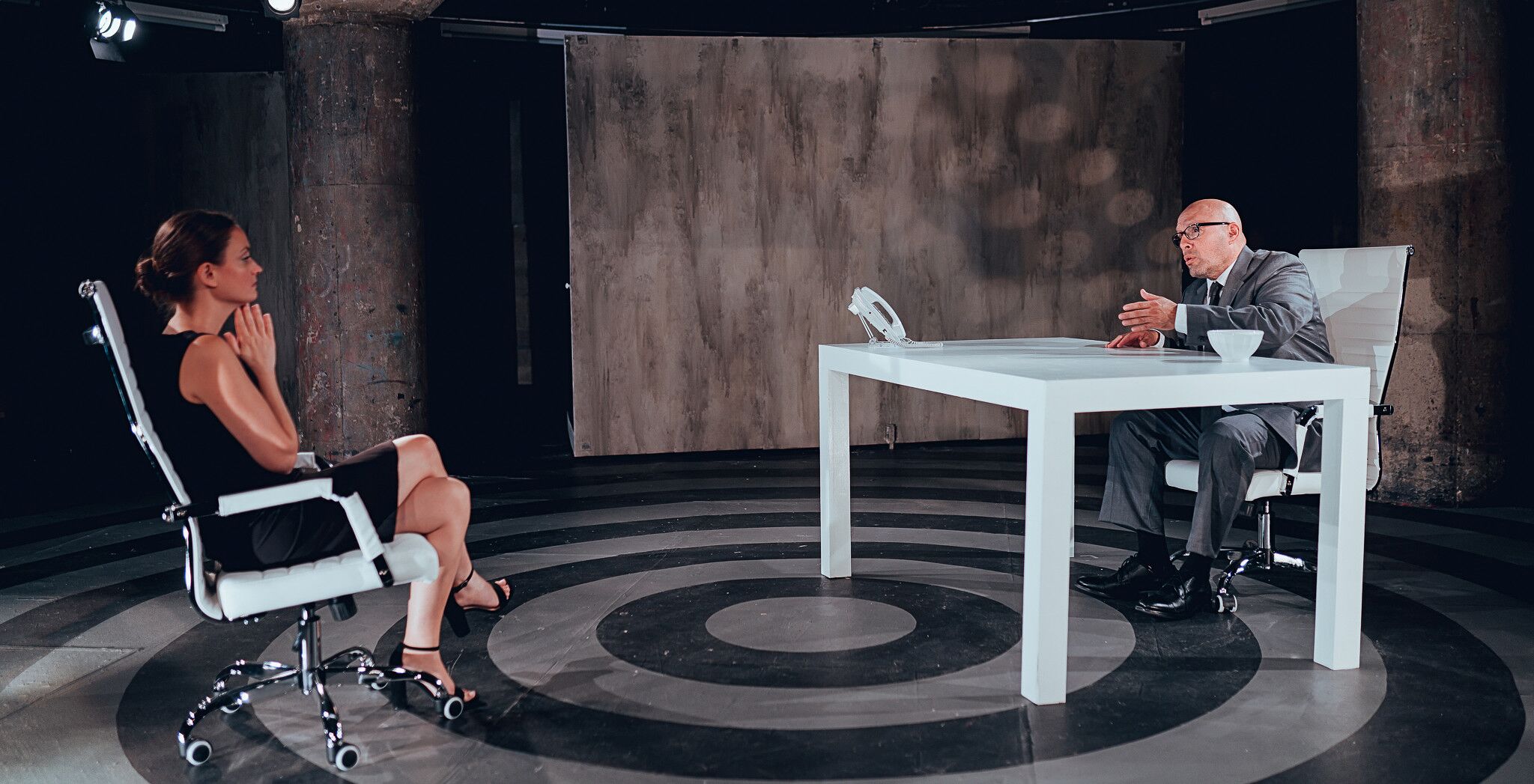 I thought director Christie Vela’s work was terrific, finding those nuggets — because we can certainly use them.

Oh my God, yes, otherwise, it could be just punishing.

So, as I said, you are a director, actor, award-winning playwright, Fulbright scholar, teacher: Is there anything you can’t do –

– onstage, in the theater?

Oh yes, of course. I mean, I’m afraid of failing all the time. And yet, I keep wanting to take on things I’m a little terrified of. Like “Red Chariots” at the Undermain, which, as a script, is a terrifying play. All of this brilliant talk — Dahlquist has an amazing intellect. And yet it was a wonderful experience.

I think in Europe when you have people subsidized by their governments, they’re allowed to take big chances and fail – massively.  And the audiences will go to their shows and be like, ‘This is a disaster. What’s next?’

And I think that that is one of the real treats of living in a market like Dallas is that it is small enough that that can happen to a certain extent. One can take risks here and fail – and not lose an entire career.