With school closures and quarantines, the live audiences for theaters, museums, concerts and festivals have disappeared.  So arts groups are going digital to reach people at home – with online videos and arranging live-streamed events. KERA’s Jerome Weeks reports, arts groups are staying connected with their audiences this way. But is it enough to stay alive?

The fabled Alvin Ailey company arrived in Dallas last Thursday. TITAS, the presenting group, was bringing the dance troupe – an audience favorite with TITAS audiences — to the Winspear Opera House.

But facing a cascade of news reports about the COVID-19 outbreak, the dancers landed at DFW Airport — and cancelled their shows. They flew back to New York the next morning. 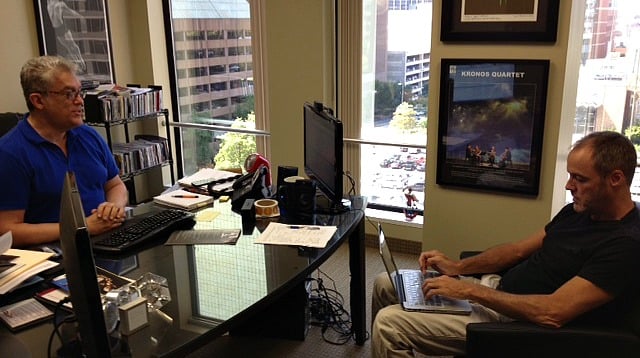 Charles Santos, executive director of TITAS, says that’s when he and other leaders in the Dallas Arts District realized how bad COVID-19 could be – for the arts. The very next day, “there’s a big conversation via conference call with arts leaders about what everyone’s doing, and how they’re coping and a lot of talk about virtual tours and putting together a calendar we can send out to every patron.”

Last week, David Lozano, artistic director of Cara Mia Theatre, faced the opposite nightmare. His company was set to fly out Friday – to develop a new play in Mexico City. Thursday, Lozano cancelled the entire project. They could get there, he says. But what about getting back? And what might they bring with them?

“With the pandemic,” he says, “it just wasn’t responsible for us to travel down to Mexico and then travel back.” He wants Cara Mia to help people get through the pandemic, he says. But that cancellation forced Lozano to reconsider Cara Mia’s entire season. 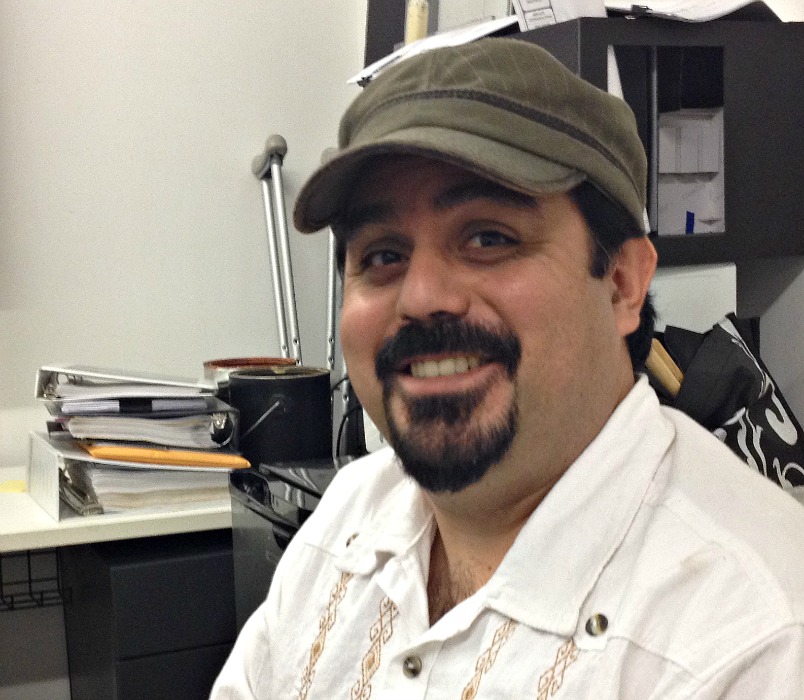 Non-profit arts groups are no strangers to hard times, postponements, cancellations. Their income is rarely steady. So they become resourceful, they attract patrons, get grants, find ways to get by.

And these days, with their audiences at home, they’re going digital — even more than usual.

Many professional and amateur singers, actors and dancers have already turned to YouTube to post videos — not simply to promote their own work or organization but to encourage others to get through this time. But online, it’s actually museums and galleries that have an advantage: Many already have a backlog of archived videos.

Kendall Smith-Lake is director of communications at the Modern Art Museum of Fort Worth.

“We do have quite a few online digital resources,” she says, “like we have a Tuesday evening lecture with Kehinde Wiley. And we have Doug Aitken, Donald Sultan, Frank Stella.”

Museums also have videos of exhibitions, even looks behind-the-scenes. Now, says Smith-Lake, they’re working their social media to get homebound viewers to check these out. “You know,” she says, “sometimes people just need, ‘Hey, look at this!’”

For their part, performance groups and festivals are turning to live streaming. The Thin Line Fest in Denton screens dozens of documentary films around town, mixed with live music and photography shows. Fest founder Joshua Butler says he experimented with streaming in 2017, but this will be different – they’re collaborating with the Dallas Video Fest’s Alternative Fiction series.

“All the streams are live,” explains Butler. “The user has to log in and be there at that time to begin watching. And then after the film, we’re gonna moderate a Q&A session live with the filmmakers.” 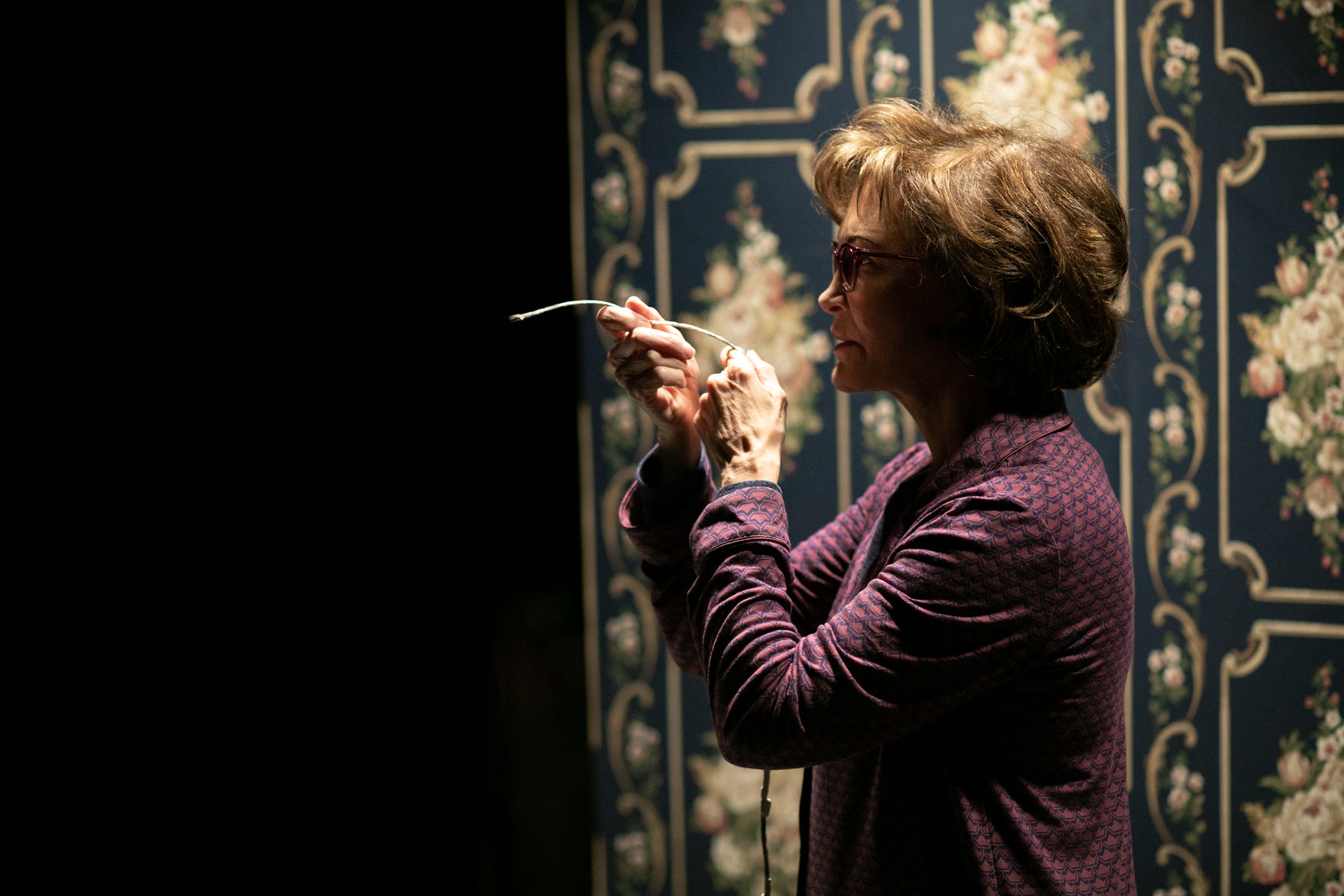 A scene from “Power,” a film to be screened in Dallas Video Fest’s Alternative Fiction series, presented in collaboration with the Thin Line Fest in Denton.

Other groups planning on streaming performances or recitals include Dallas Opera, the Avant Chamber Ballet and the American Baroque Opera Company.

The Dallas Symphony is searching its own archives for concerts to post online. But some musicians have already been putting up videos.  DSO president Kim Noltemy says, “Our principal oboist Erin Hannigan recorded herself performing a short clip and other musicians followed suit on her Facebook page. And some small chamber ensembles will play at the Meyerson and we will  share that video as well.”

Jeffrey Schmidt, artistic director of Theatre Three, says all this is well and good — helping keep audience members connected and entertained through the quarantines. And if Theatre Three can’t present its upcoming production of ‘The Elephant Man,’ Schmidt hopes to live-stream it somehow.

“But that,” he points out, “doesn’t solve this need — to sell tickets.”

Digital activities typically don’t generate income. No income — eventually, no staff. And no future programs. The cascade of recent closures, postponements and cancellations affect hundreds of venues, museums, libraries, university programs and community centers throughout North Texas — and, of course, thousands of artists. The list has gone on and on. Perhaps most dramatically: This week, the Dallas Opera cancelled the rest of its season. The Cliburn cancelled the Eighth Annual International Amateur Piano Competition but intends to put up performances online. And the Fort Worth Opera cancelled its entire season.

The DSO’s Noltemy says it’s extra hard now for cultural organizations because the pandemic comes with a plummeting stock market and falling oil prices. That means patrons and endowments — the other sources of financial support for many of the bigger arts groups – both of those are hurting just as ticket sales are vanishing.

“So that’s a whole different scenario,” she says, “that I don’t think we’ve imagined prior to this.”

Sunday, the Centers for Disease Control recommended cancelling public gatherings for the next eight weeks. A 2018 report from SMU’s National Center for Arts Research  found that the average American museum or theater company had less than two months of reserve capital on hand. Orchestras had less.

Schmidt hopes Theatre Three can make it that long. Santos thinks TITAS should pull through.

“We have some reserves to sustain us a little bit,” Santos says. “But I think this is going to be the end of a lot of arts organizations, a lot of businesses.”

Non-profit arts groups — famously resourceful in bad times — are about to get seriously tested.

Miguel Perez contributed to this story.