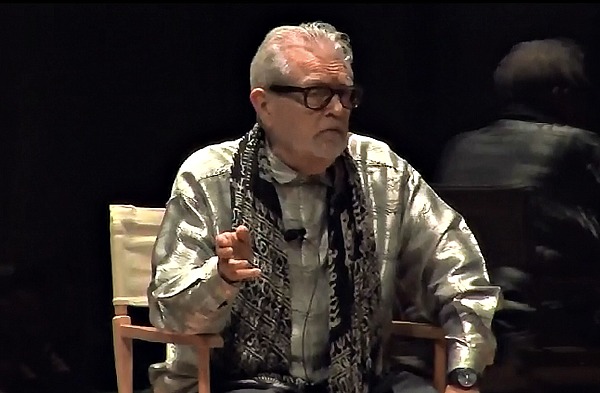 The late Jac Alder, co-founder of Theatre Three, in a public interview at the Nasher, 2014.

This past year, the death of Jac Alder, the co-founder of Theatre Three, was a serious loss to North Texas arts, not just the theater community. Alder was a voice for arts funding and social causes. With Alder’s passing as a starting point, Art & Seek’s Jerome Weeks sat down with Justin Martin to consider the year in North Texas theater.

Jac Alder’s passing was certainly a loss to Theatre Three, to North Texas. But did it have any larger significance?

JWIt was a changing of the guard. A cliché but true in this case. Jac was 80. He was the last of the theater founders from the 1960s, a significant decade. That’s when the Ford Foundation started investing in resident theater companies across the country, and the regional theater movement finally took off. So Jac was present at the beginning, as it were. The Dallas Theater Center started in 1960. The next year, Norma Young, her soon-to-be-husband Jac and two others established Theatre Three.

Here’s Alder in his last live performance. For the Bruce Wood Dance Company, Jac played an older man in the ruins of his childhood home:  “My yesterdays are this debris. And I, alas, am 70. And I, heh heh, alas am 70.”

Add Jac to Jerry Russell – he founded Stage West, he died two years ago, and would have been 79 this year – and to Adrian Hall, who ran the Theater Center in the ’80s and is currently in retirement at his home in Van, Texas, plus Paul Baker, who founded the Theater Center and died six years ago at 98 — and you can’t help but see a generation passing, the generation that knew the original ‘founding mothers’ of regional theater: Margo Jones, Zelda Fichandler, Nina Vance, etc.

Not to wax philosophical, but it’s happened before, and a new generation of arts leaders steps up.

JWOne certainly hopes so. But Jac and Jerry, each was — to use an old-fashioned term — ‘a man of the theater.’

Is that anything like being a man of the world?

JWKind of, actually. It means you’ve had a long career dedicated to the art, even doing a little of everything: acted, directed, managed, designed, maybe even worked the front of house. Young artists who’re starting to run an art gallery, a theater or dance company, they often say, ”When needed, I do anything here. I even clean the toilets.” Well, that multi-tasking is typical with the tiny staff of any start-up. But eight years ago, Jerry Russell was installing theaters seats at Stage West because it had returned to his favorite warehouse space on West Vickery and was making it a home once again. And Jerry was nearly 70. 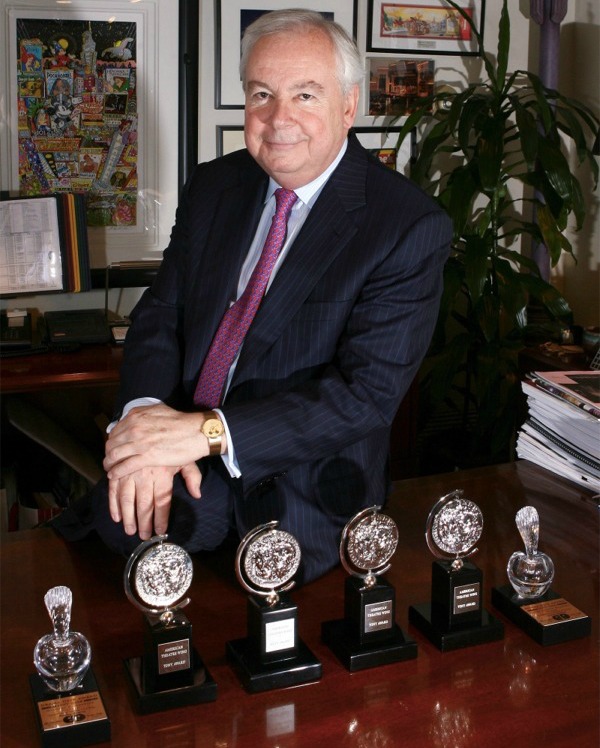 Arts leaders like that, they become the heart and soul of a company, they teach classes, they inspire younger artists. They shape a theater scene. And all that makes them very hard to replace. It’s like trying to hire three different people. Or having to start the company all over again.

Surely it happens. Otherwise, how does any arts group outlive its founders?

JWTrue. Classic example. Tom Hughes started running the Dallas Summer Musicals in 1961. He died suddenly in 1994, and a lot of people feared – there goes the show. But Michael Jenkins took over. This year, he celebrated the Summer Musicals’ 75th anniversary. So yeah, these changeovers do happen successfully, but it can mean a re-definition, a new path. With Jenkins, for instance, he needed to secure better tours, reliable product, so he brought the DSM to Broadway as a musical producer — and they now have the Tony Awards to show for  it.

JWCompanies moving, companies experimenting with new spaces, unconventional spaces. This has been going on for a couple years now: Amphibian Productions built itself a new home in Fort Worth three years ago. Rover Dramawerks built itself a new black box theater home in Plano last year — and finally settled diwn after all those years of roving. Last year also saw the Elevator Project gave a handful of smaller companies a temporary toehold in the Arts District.

But this impulse really seemed to kick into a new gear in 2015. Kitchen Dog Theatre spent 20 years at the McKinney Avenue Contemporary. This year, they had to move to a possibly temporary new home because of the MAC’s move into the Cedars. The new Doghouse is a converted warehouse in the Design District called the Green Zone owned by MAC developer Claude Albritton. Meanwhile, several daring, little groups like Dead White Zombies and Prismco have been hunting around in West Dallas. They’ve been adapting things like old icehouses and metalworking shops. This year, they banded  together with Upstart Productions in the hopes of shaping a more permanent home across the bridge in 2016.

Ib light of all this, it’s worth recalling the ‘80s, when Deep Ellum warehouses went multi-use, and theaters like Undermain and Pegasus and Deep Ellum Theatre Garage and even Kitchen Dog sprang up. Deep Ellum’s warehouse spaces are much smaller than those in West Dallas, but they’re utterly solid, made of brick and concrete. The probem there often was finding enough space — enough to squeeze a decent audience in, enough for a set and some lighting. West Dallas, on the other hand, has got giant tin barns, really raw and unfinished but abundant space, more space than anyone can really use for a single company. And it’s all inside not much more than a shed with a rusting roof. So some of the basic advantages the Deep Ellum spaces had, West Dallas doesn’t.

Even so, if the small explosion of creative theater life that happened in Deep Ellum in the ’80s taught us anything, it’s this: When North Texas ever has affordable, underused places even for a little while, artists come knocking. It’s one of the upsides of recessions and changing neighborhoods. Adventurous, hungry young artists can finally get their hands on something they can transform. The results may even include unconventional fun like Shakespeare in the Barr in Oak Cliff — which is exactly what its name indicates. Shakespeare. In a bar.

So Jerome, we’ve got time for one more highlight from 2015

JWThat would be “Staggerlee” at the Dallas Theater Center. Musicals like that take a ton of time, money and talent to develop. The Theater Center has certainly imported lots of them the past several seasons, but that means most of that generative work’s already done. We’re really just the beta test.

“Staggerlee” was different. The Theater Center chose to spend years developing it, finding money for it. It was homegrown, even if much of the talent was imported. In the end, I think Will Power’s book for “Staggerlee” still needs work, but Justin Ellington’s music and Patricia McGregor’s directing were terrific. ‘Staggerlee’ wasn’t wearisomely slick like ‘Moonshine’; it was more akin to ‘Fortress of Solitude.’ It was ungainly at times, but it had tremendous heart, it was an endeavor worthy of our leading company. It had ambitions larger, more serious, expansive and challenging than re-booting an entertainment franchise.