First, the Fort Worth Symphony Orchestra cancelled its 2016 tour to Spain for financial reasons. Now the Dallas Symphony Orchestra has  postponed its European tour, blaming security. Other orchestras around the country are not canceling their plans to tour Europe.

The Fort Worth Symphony last week cancelled its multi-city tour to Spain in part because currency rates changed. That means revenue from the tour would be notably less than when the trip was organized more than a year ago. Symphony President Amy Adkins also told the “Dallas Morning News” that only two cites remained confirmed as concert hosts, but the Symphony needs at least five to make the tour financially viable.

Tuesday, the Dallas Symphony cancelled its April tour citing security. It blamed recent attacks near Paris and here in the US,  in San Bernardino, adding in a statement that orchestra management believes there is an elevated risk to the safety of musicians and their families, guest artists, DSO personnel and travelling patrons.

“This was a noble gesture for our management, and the musicians respect that,”  says Matthew Good, principal tuba player, who represents the musicians. Good says players were not consulted in advance about the decision.

“We’re all disappointed that we’re not going to be going to Europe because some of the best concerts we play in the Dallas Symphony are on tour.”

The DSO had planned a two-week April tour to the Netherlands, Scotland, England, Germany, Switzerland, Austria and Spain. 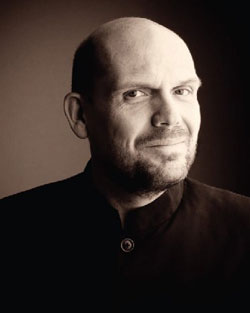 Music Director Jaap van Sweden says he’ll keep travelling overseas for individual conducting engagements, but respects the manager’s decision to cancel, ‘as the safety of our DSO musicians and our extended touring group is primary.’
Other orchestras, including the Pittsburgh Symphony, agree safety and security matter for their musicians too.

“I think everybody is at a heightened state of awareness. Which is very understandable. We just continue to keep our ear to the ground. It’s business as usual here until we see something flagged up that isn’t. And we’re not seeing that.”
Others who still plan to tour? The National Symphony Orchestra is scheduled for February performances, and isn’t changing anything. In March, the Los Angeles Philharmonic heads to Europe. It says it’s taking appropriate precautions, but isn’t changing plans. In June and July, the Mormon Tabernacle Choir departs for an eight city European tour, when it travels with 700 people. And in August, the Cleveland Orchestra flies to Europe.