Art&Seek is highlighting new music from North Texas every Thursday. Click above to hear me talk with Michael Rossi, guitarist and vocalist for alt-rock band LoveHeist for our Music Minute, which airs on KERA FM and KXT 91.7. For more North Texas music, tune in to the KXT Local Show at 7 p.m. on Thursdays. And tell us what you’ve been listening to on Facebook, Instagram or @artandseek on Twitter. 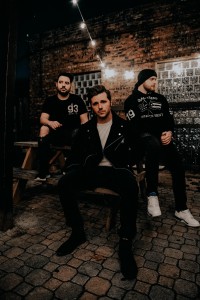 Northern National was a pretty popular North Texas band – their 2018 single, “Slow Down,” has over a million streams on Spotify.

So why did the alt-pop act decide to regroup and rename themselves LoveHeist in the middle of a pandemic?

“It’s scary. It is terrifying,” said Michael Rossi, lead singer and guitarist. “Because you spend four or five years branding yourself as something. And then to say, all right, we’re done with that, and we’re going to try some new thing.” 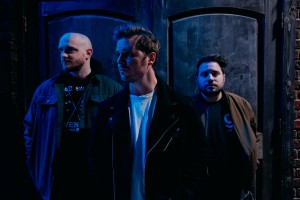 “COVID happened, and we were trying to figure out what we were going to be doing moving forward, and we just decided it was the perfect time to rebrand,” said Rossi. “The music we were making during that time was changing, so we just felt like switching to LoveHeist made the most sense.”

The group took the last year to focus on writing and creating new music. The first public glimpse of that hard work is LoveHeist’s debut single, “Ready to Go”. The song has an upbeat alt-rock feel and Rossi’s smooth voice sings the chorus: “Is this what I really want? Holdin’ on to feelings never giving up/Always searchin’ for the rush/Living in the moment will it be enough?”

The song is a reminder to not give up when things get hard.

“It’s about those moments in life that take you to your lowest of lows but overcoming those moments, making the best of them, and moving forward,” Rossi said.

LoveHeist will premiere the video for “Ready to Go” on Youtube tomorrow, and plans on releasing more singles in the near future.