As an orphan in the 1940s, Dave Heath began taking photos. While he always had trouble connecting with people, he devoted himself to capturing the human condition on film. His work is on display at The Amon Carter Museum of American Art, in a show called “Multitude, Solitude”.  In this week’s State of the Arts conversation, John Rohrbach, senior curator of photographs at the museum, tells me how Heath elevated street photography into art.

You can click above to listen to our conversation, which aired on KERA FM. Or read longer excerpts from the interview below.

Heath had a very difficult childhood. He was abandoned by his parents and grew up in an orphanage. How did he actually get to pick up a camera?

He picked up a camera because in 1946, a former orphan came back to the orphanage and started up a camera club. But it just so happened that in May 1947 he was just about to turn 16 years old. There was an article in “Life” magazine by a photojournalist named Ralph Crane about a boy in Seattle who was an orphan and who had spent much of his younger years acting out, just like Heath did, to gain attention.

The article was about the boy coming to terms with himself with the help of psychologists and Heath saw in that article two things: One, he saw himself. He said, ‘That is me’. And two, he saw that photographs could be used for something more than reportage. They could be used for emotion. So he has a hard time relating to people and the camera becomes his way of relating to the world and finding his own balance within the world. 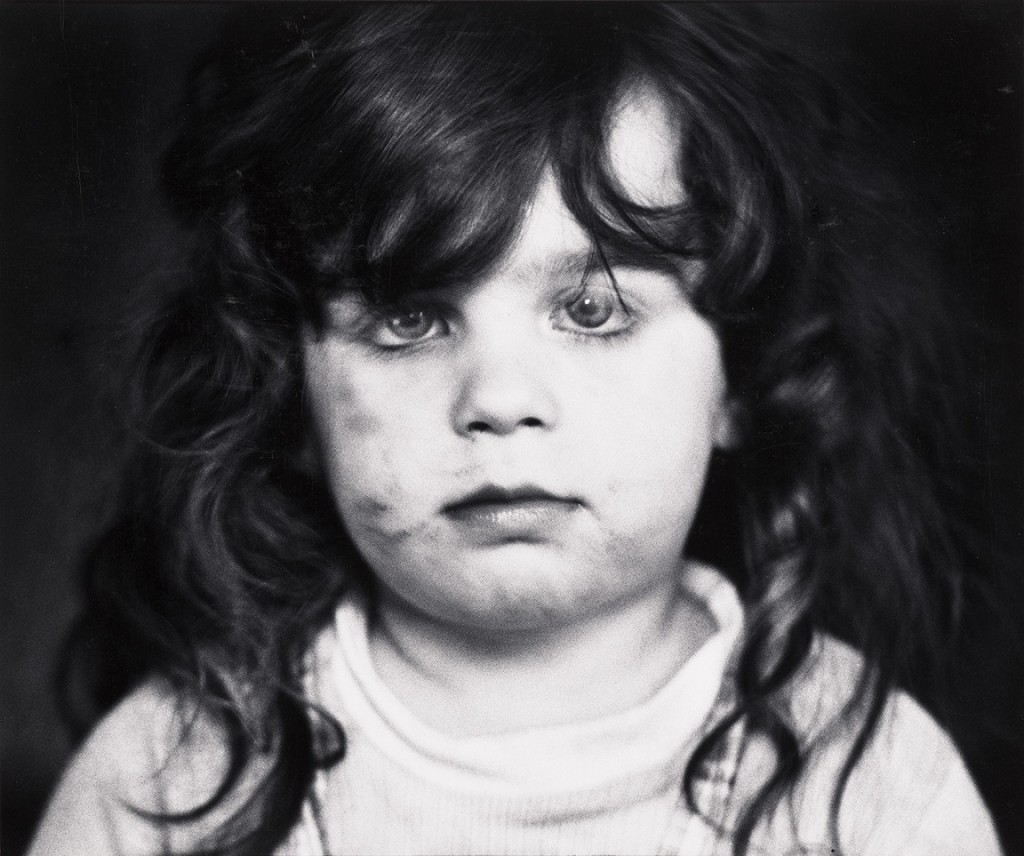 His photographs really reflect this sense of loneliness, alienation and a deep sense of longing.

They do that, but most of all, if you look deeply at the work, it’s really about finding a sense of community as a single person without a lot of friends in the world. A lot of the work is street portraiture of people who are not aware of the camera in front of them. If you think of yourself as you’re doing your chores of life, you’re going shopping or you’re driving to work, how often are you smiling for the camera? You’re oftentimes drawn within yourself. And he is photographing that kind of way of being.

A large portion of the exhibition is devoted to a book of photos that he assembled called “A Dialogue With Solitude”. Why was this work so significant?

This was his autobiography in a way. It was a self-portrait. You get cued into that by the cover image for the book, which is a little girl named Erin Freed, who is dirty, needs to be cleaned up, looks exhausted and is staring straight back at you. You look at all of the exhaustion and loss in her eyes and you can’t help but feel pulled in and engaged.

The book is really a portrait of humanity in the oldest sense. I think of the 17th century book “Pilgrim’s Progress” or the Bible that everybody had in their houses. What Heath was trying to do – he had a big ego – was nothing more than something like that for 20th century audiences and it was a tale of life that was brittle, it was filled with violence, it was filled with just as much love but also prejudice. It was filled with disability but it ends in some ways on a hopeful note because the last section of the book is really about children. If one takes a pessimistic attitude, one says, ‘what are these children heading into?’ but if one takes a more optimistic attitude and one says, ‘this is our hope for changing and making things better for the future’ and he would have taken that second tract. 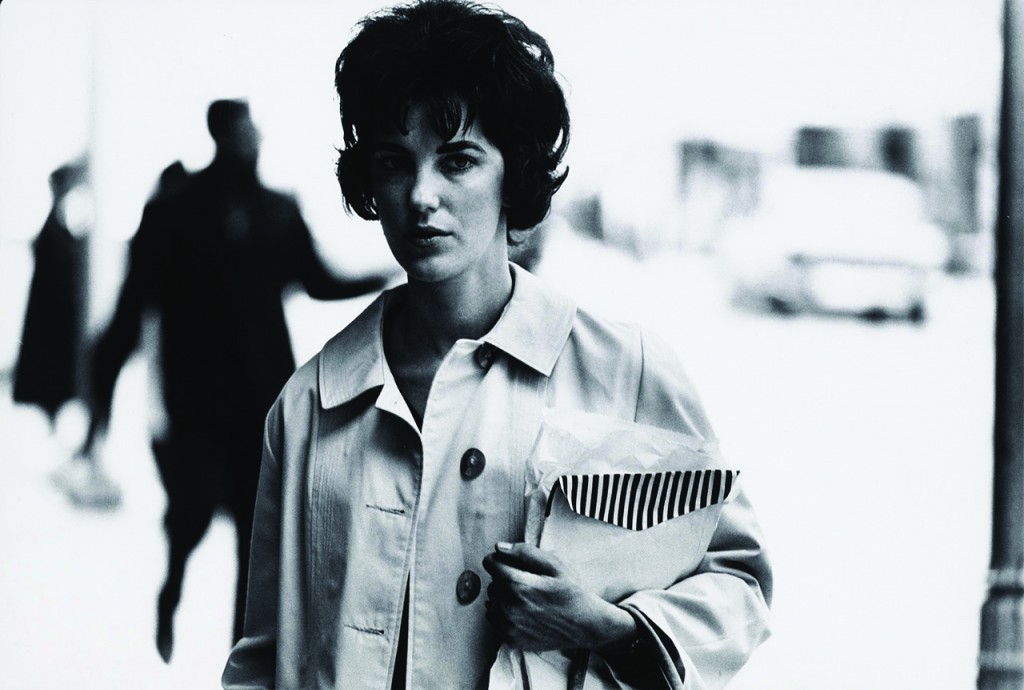 Did he ever think about his legacy?

Yes, he did. He’s an interesting person because he had all of this success in the 1960s, but by 1969, he gave up making images. He collects photographs and he teaches for the rest of his life.

Why did he do that?

My sense is that he had learned what he wanted to learn and he found more joy and intellectual stimulation teaching others. Very late in life, Heath went back to making photographs. In this case at the end of his life, he worked in color. He worked with little digital cameras, still photographing people out in the streets. 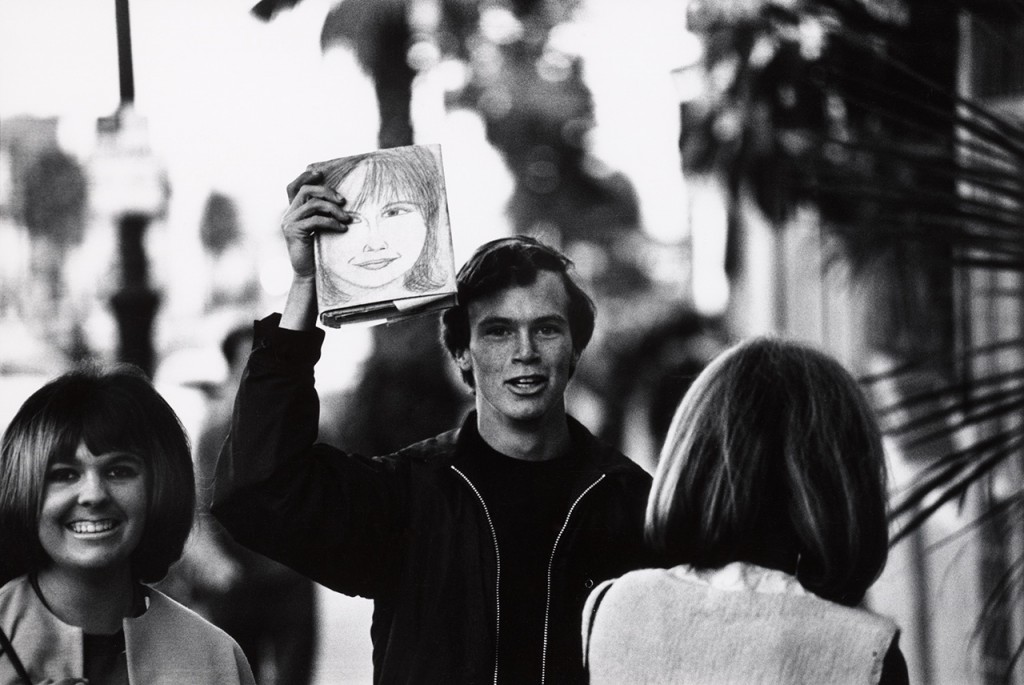 The work in this show was taken in the middle of the last century and yet it still feels very fresh. Why is that?

I think good photographs, good art, will always do that.  I think of Heath and if I tried to categorize him, I’d put him as a cross between Rembrandt and Allen Ginsberg. You think of Allen Ginsberg’s “Howl” or you think of any of Rembrandt’s self-portraits and they’re just as alive today as they were when they were produced. Good art like Heath’s is that same way.

It’s interesting to me that he wasn’t interested in narrative, because when I look at his pieces, all I think about are the stories behind them.

It’s like going out to the streets or going shopping. You see people around you and sometimes, you wonder about their lives and what’s going through their minds.

As you say, it’s, at times, a difficult show. How is it being received?

The show has hit a chord that even we in the museum didn’t quite expect. You never know when you’re putting up photographs by someone who’s coping with growing up as an orphan and how people are going to respond. The photographs are difficult emotionally.

They’re difficult physically. Today, if you walk into a museum or a gallery you’re used to seeing large, colorful photographs that you can see and understand from across the room.

These photographs are small, they’re black and white and they demand for you to almost put your nose right on the glass to take a look at the close details of the photographs. For me,  they take you back to an earlier point in time when photographs were supposed to be intimate pieces to be read and understood. 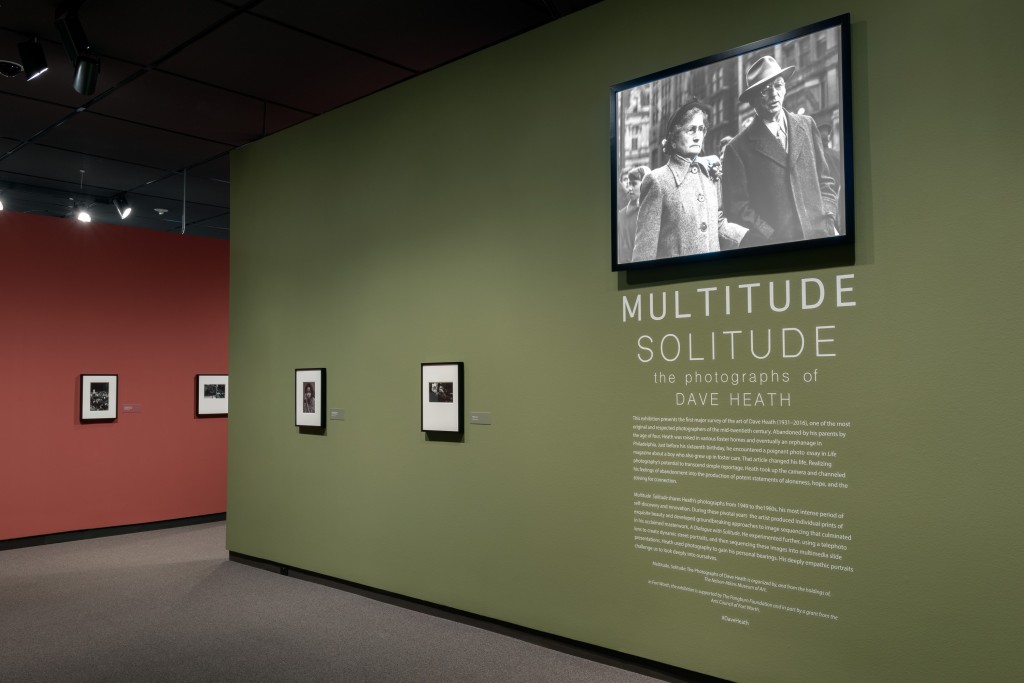 The exhibition at Amon Carter Museum of American Art.