In the popular Netflix show, “13 Reasons Why,” lead character Hannah Baker sends tapes to 13 of her classmates blaming them for her suicide. The show is marketed to teens, and it’s received a lot of backlash for the way it paints mental illness and suicide.

Kristen Diou, a child therapist who works in Denton and lives in Arlington, says she’s seen patients traumatized by the show.

“What was so hard was having these 10 year-olds come in and I was having to talk about sodomy,” Diou said. “That’s not something I ever wanted to talk about with a 10 year-old. Just the way they physically held themselves, I knew how shaken they were from watching a scene like that.”

So, she and her friend, Anna Zapata, a trauma therapist, decided to do something about it. They started a podcast called “Pop Culture Therapists” to explain how movies and shows portray mental illness. 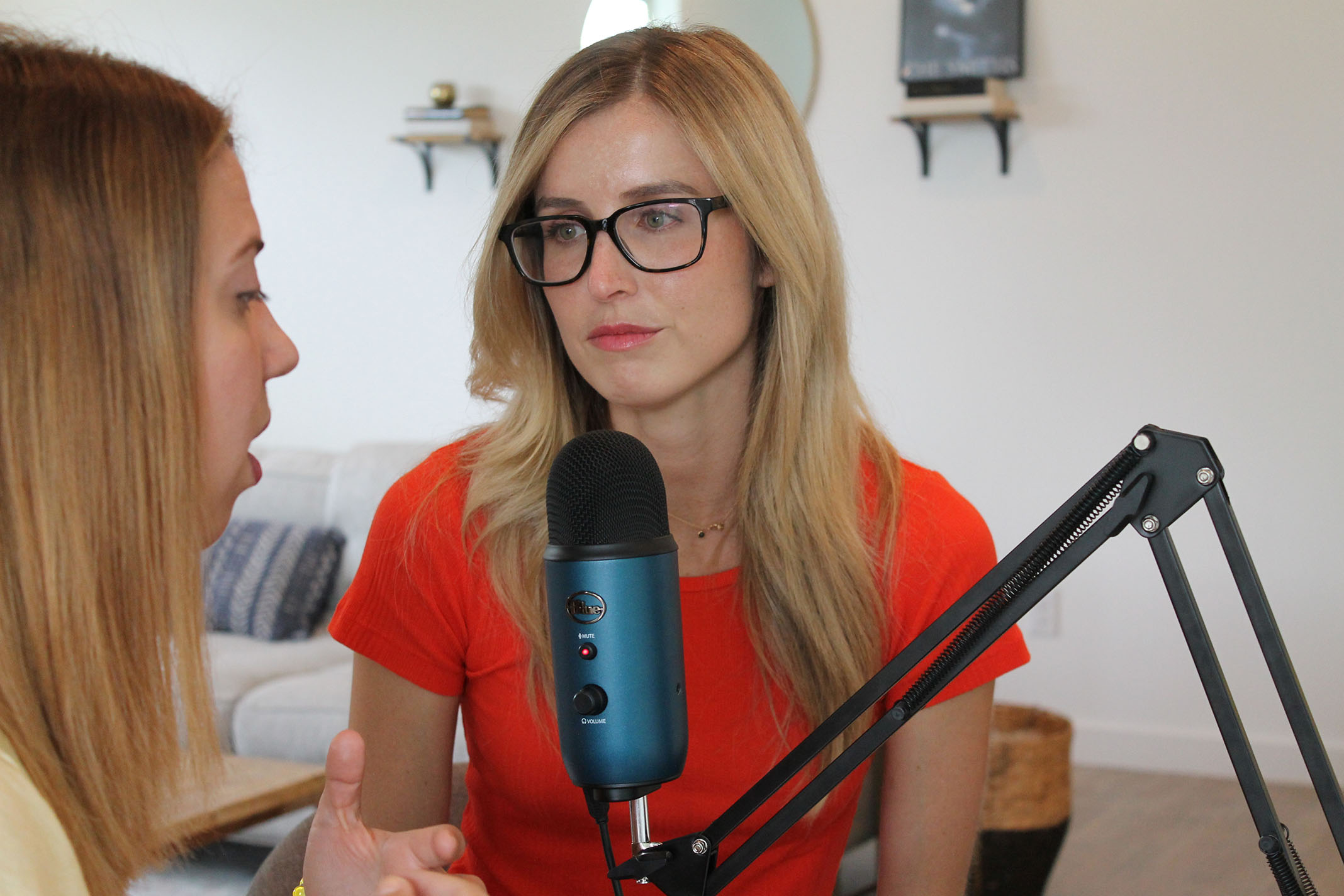 Kristen Diou (left) and Anna Zapata record a episode of their new podcast “Pop Culture Therapists” at Zapata’s home in Dallas in July. The podcast tackles how mental health is misrepresented in movies and TV shows.

‘Let’s debunk this a little bit’

In their first episode, they broke down the problems with “13 Reasons Why.”

“There were super graphic suicide scenes and sexual assault scenes and no hope,” Diou said in their first episode. “No ending really. No good parenting. You’ve put a show out there that has no support and romanticizes suicide.”

But Diou says this show isn’t the only problem. Pop culture gets a lot wrong when it comes to mental health.

“All of these scary movies are about mental health; no wonder people are afraid to go get help,” Diou said. “I think that’s been a passion project for us, too — like let’s debunk this a little bit.”

Suicide accounts for over 20 percent of teen deaths in the United States, according to the Centers for Disease Control and Prevention. And the therapists know that TV can often create a stigma around discussing mental health. While the podcast is entertaining, they also want to spark a dialogue about therapy.

“It’s not a replacement for therapy, but it is advocating for therapy,” Zapata said. “I think we have been able to use these characters in TV and movies and say, ‘This is how I would work with that client.’”

Because media gets it wrong so often, they want their podcast to get it right. And they want it to sound natural.

“I really wanted it to be like, ‘What does your therapist talk about when they’re having a drink with their friend?’” Diou said. “This podcast is basically that.” 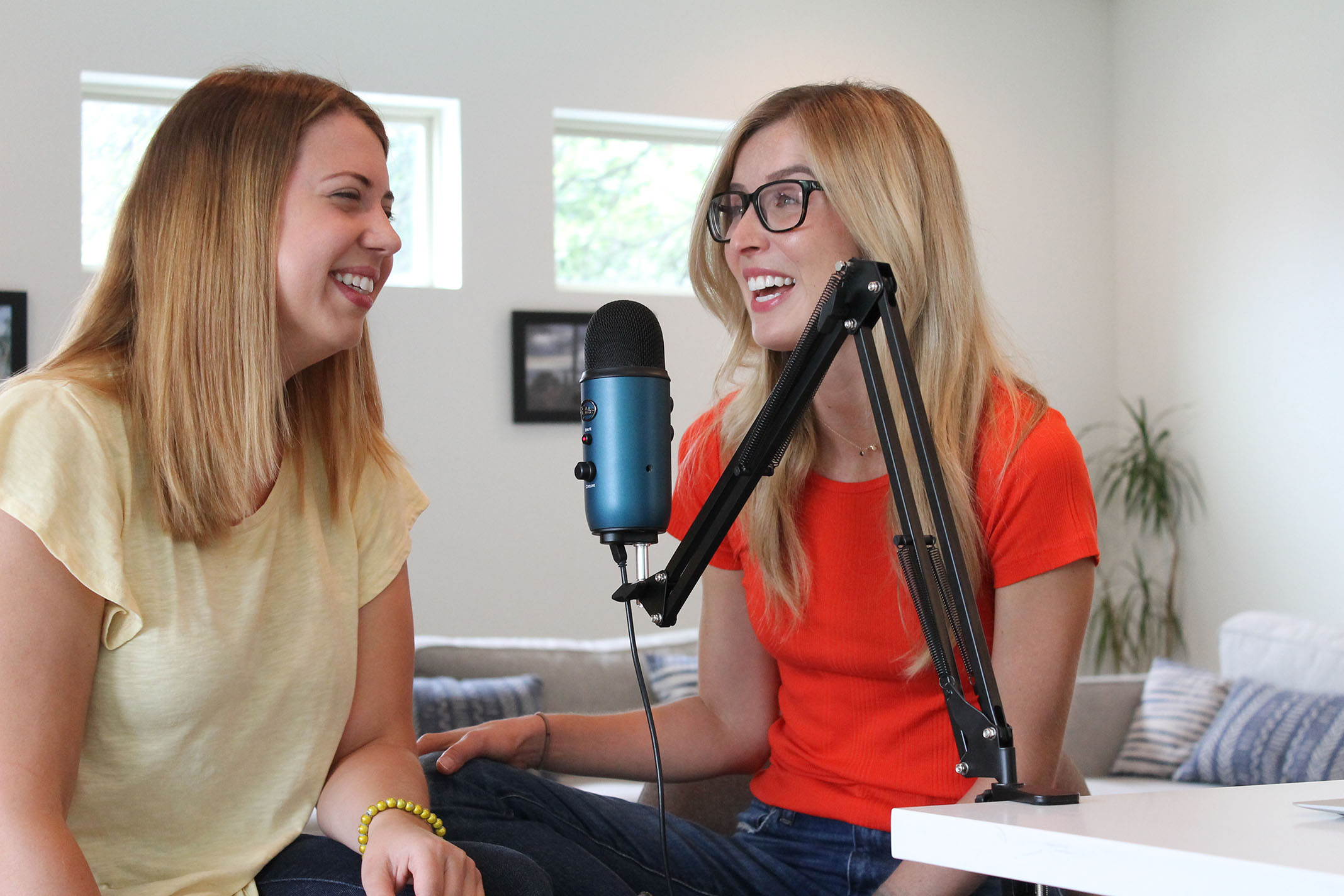 North Texas therapists Kristen Diou (left) and Anna Zapata (right) discuss how mental health is represented in the movie “Perks of Being a Wallflower” for their podcast, “Pop Culture Therapists.”

They’re targeting young adults in their 20s and 30s — like Hayley Franklin, a teacher in Bedford. She says the show’s informal structure is a good way to start conversations about serious issues and make people more comfortable.

“I like that they’re OK with laughing and cussing every once in a while and just discussing it as twentysomethings would discuss these things with their friends,” Franklin said.

Diou says that’s what she wants people to get out of their podcast: Therapy and counseling aren’t scary.

“I think there’s part of it where we want to keep it lighthearted and fun and we’re really focused on these movies, but the other part is like, ‘Hey, this is what therapy can look like,’” Diou said. “If you want to give it a try, it’s not going to be like these movies show you.”

Zapata wants to educate people about what mental illness really looks like.

Above all, the pop culture therapists want you to know it’s OK to talk about problems and seek out help when you need it.

Sakshi Venkatraman is an intern at KERA.