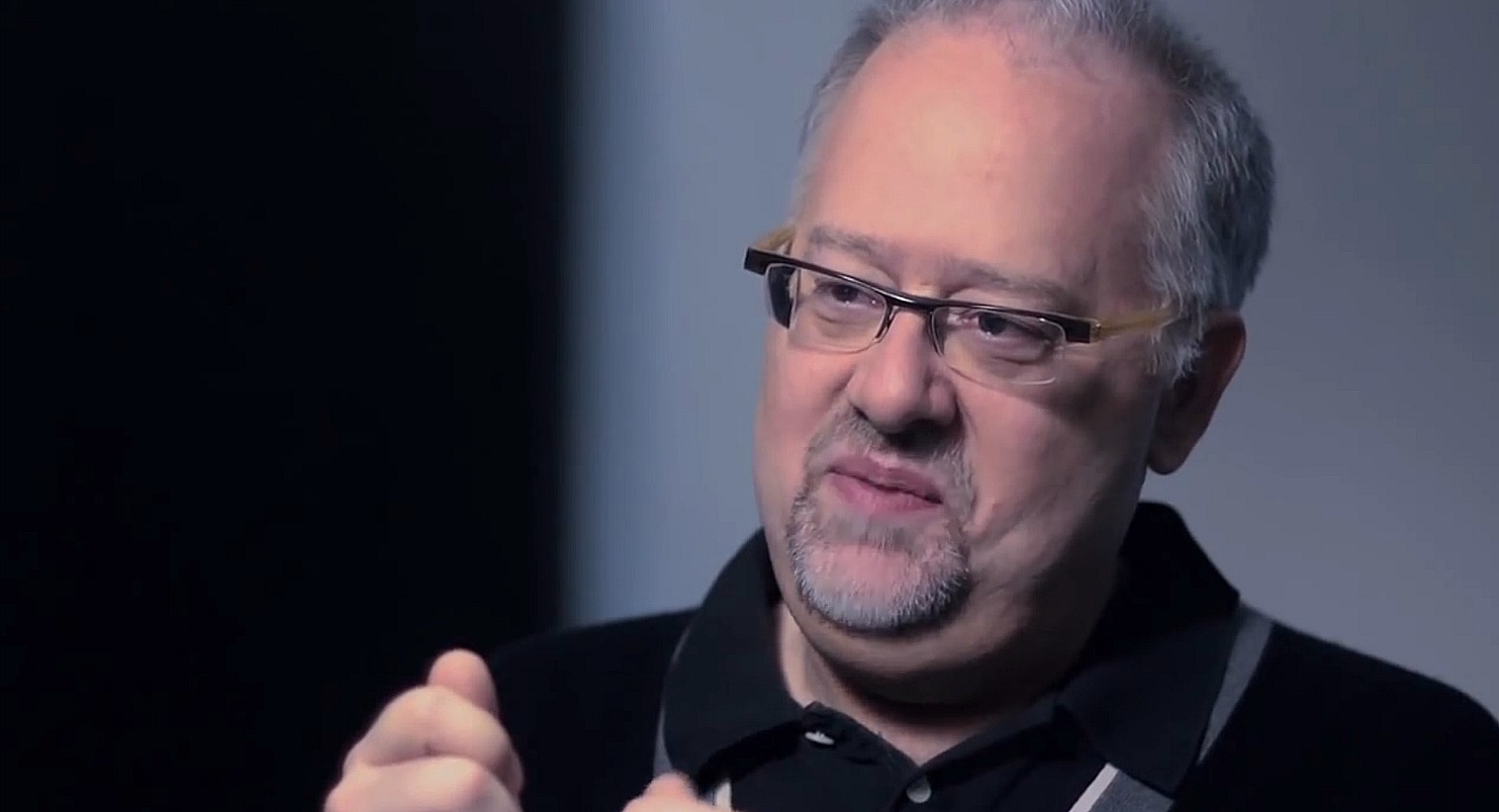 Doug Wright is North Texas’ homegrown Pulitzer Prize-winner. He’s won the Pulitzer and a Tony Award for his plays and musicals — including ‘I Am My Own Wife,’ ‘Hands on a Hard Body’ (recently staged at Theatre Three) and ‘Grey Gardens.’ For six weeks, Wright has been back in North Texas teaching on a fellowship at UNT. That’s where KERA’s Jerome Weeks caught up with him – putting on a show.

We’re in a tiny theater on the UNT campus, seating maybe 50 people. It’s a far cry from the Broadway houses where Doug Wright’s musicals and dramas have run. But Wright eagerly plays host tonight. “Good evening!” he says and introduces the readings of three new scripts by young writers — and then he happily moderates the Q&A session with the audience that follows.

These readings are the culmination of Wright’s playwriting workshop at UNT. During his six-week residency — courtesy of the Institute for the Advancement of the Arts — there’s been the workshop, journalism classes and classes on costume design and world theater. There’s even been a media symposium on the movie ‘Quills’ about the Marquis de Sade. It’s a film Wright wrote, adapting his own Obie Award-winning play.

And he’s done all this while writing — and re-writing — a new musical.

Because that’s what you do with musicals.

“I submitted a new draft just this morning,” Wright says. “And we’ll probably continue to re-write well into previews. A dear friend of mine, with whom I wrote ‘Hands on a Hard Body,’ Trey Anastasio of the band Phish, he said, ‘My God, this is like trying to parallel park a cruise ship!’ And that was the best description I’ve ever heard” of what it’s like to nudge such a contraption forward, with all of the component parts of dancers and singers, sets and designers.

Why does Wright do so much work these days on Broadway musicals? He even wrote the book for the stage adaptation of ‘Little Mermaid’ — which the Dallas Summer Musicals is bringing to North Texas next month.

“Well, you have three creators with a musical,” Wright notes, referring to the composer, lyricist and librettist. “So one is always grateful when there are more people to blame.”

All of this means the 53-year-old Wright is obviously in-demand as a writer. Why, then, is he teaching at UNT?

Partly, of course, it’s a homecoming.

“It’s a pleasure to be back,” he says. “I still have family here in Dallas and so to be in spitting distance of the very block where I grew up — well, yeah,” he starts to chuckle, “I-35 makes it a lot more than spitting distance, I guess. But for me, it’s certainly closer than 23rd street in Manhattan.”

And teaching does provide a rewarding break; Wright’s been particularly impressed with the student interactions he’s had at UNT. One reason he enjoys teaching, he says, is that spotting problems with other people’s plays is always easier than working out the problems with his own. So giving advice to talented newcomers often makes him feel like he might actually know what he’s doing.

“I try and suggest to them that writing a play is less analogous to writing a novel than it is to writing a cookbook,” Wright explains. “You’re essentially creating instructions for a three-dimensional event that will happen later and probably be executed by others. So I’ve been running an elaborate test kitchen here.” 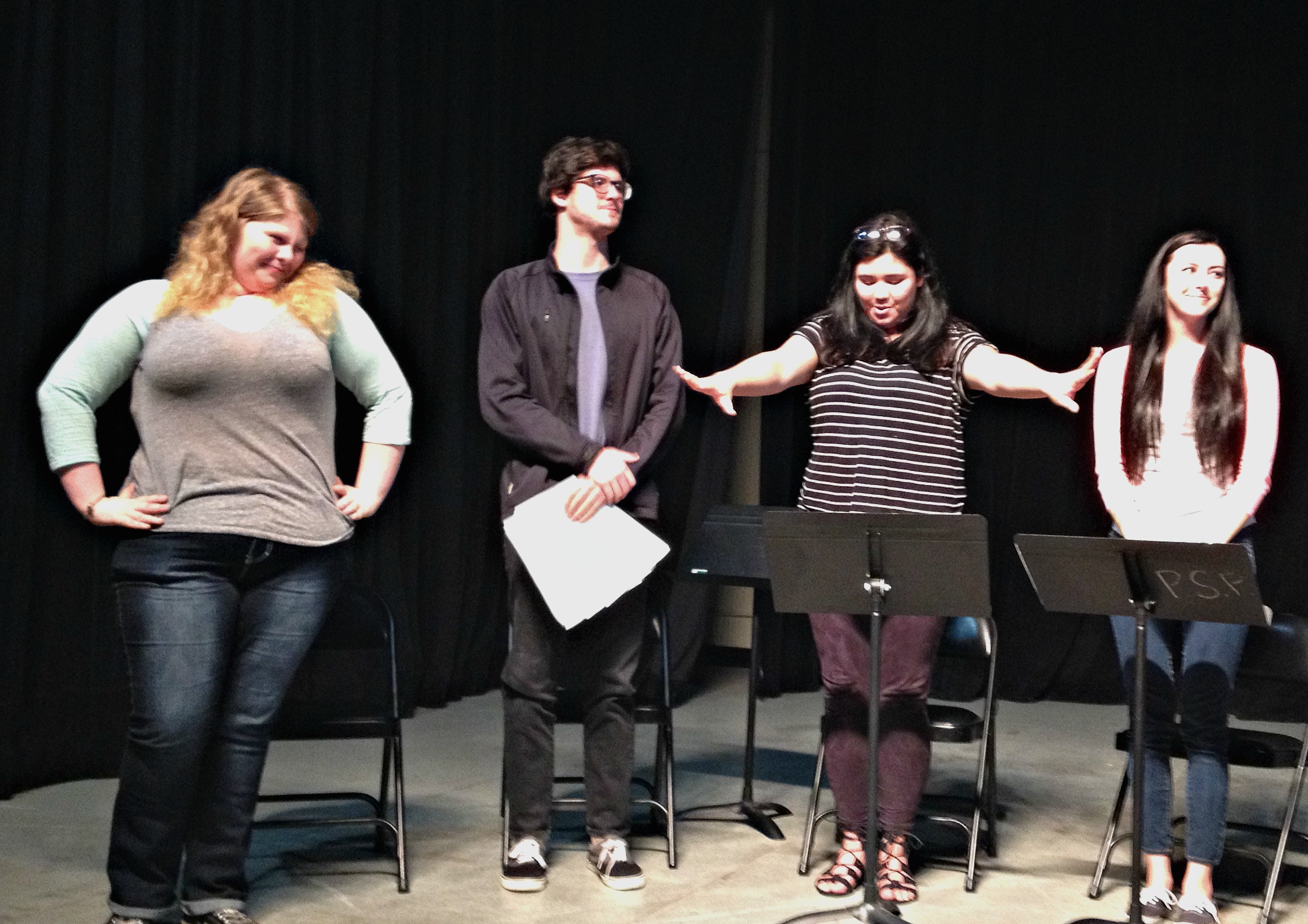 The readings tonight are a first tasting, a first chance for the playwrights to see, as Wright says, if the fantastic play they have in their heads is anything like the play on the page — or on the stage. Jake Sampson is a 21-year-old student in Wright’s workshop. He says it’s hard finding people who can give a playwright a knowledgeable response to his script. He needed help expanding his comic play about a support group into a possible short film.

“Just being in this workshop,” Sampson says, “provided me a really comfortable place to ask questions about my work and get beneficial feedback.”

Franky Gonzalez is 24; he had the opposite issue. His one-act called ‘My Dear Children’ had just a brother and sister in a hotel room. But it was a lot bigger when he started.

“Doug actually helped me convert it from a three-story production and helped me condense it down into one room,” Gonzalez explains. “And he helped me really discover the pulse of the piece itself, you know, put them in a room where they can’t escape each other.”

Wright’s own career should provide some inspiration for almost any hopeful playwright. His best-known dramas — “Quills” and “I Am My Own  Wife” — have been inventive and boundary-breaking, both in subject matter (sexual expression, gender identity) and presentation. Yes, Virginia, the American theater will occasionally accept innovative approaches and dangerous material. And with musicals, beginning with “Grey Gardens,” Wright more or less helped invent the “docu-musical” genre — a musical drama inspired by a documentary. “Grey Gardens,” “Hands on a Hard Body” and now “War Paint” — all have film or TV documentaries as their source but they’ve not been tied to literal-minded, historical re-creation.

Aside from the advice Wright offers students and the inspiration he can provide, the former Dallasite is a living, breathing, cautionary lesson for would-be dramatists. Yes, he’s very successful as a playwright in New York and a screenwriter in LA. He’s a local boy who’s done good. Yet like many prominent artists in America, he teaches.

That’s still how many of our best novelists, composers, painters, actors and playwrights manage to stitch together their careers.

“I’ve had four shows on Broadway,” Wright says. “But the theater remains challenging and so, it’s opportunities like this that ensure I will write another play. And I’m incredibly fortunate that I can do so because I am able to earn a living.”

Actually, it’s also a case of a teacher following the hallowed principle, ‘Do as I say, not as I do.’

Wright admits that what he mostly does as a playwright – really – is procrastinate.