Georgia O’Keeffe is one of the country’s best known painters. An exhibit at the Dallas Museum of Art reveals that she wasn’t the only talented member of her family. In State of the Arts this week, I spoke with Sue Canterbury, The Pauline Gill Sullivan Associate Curator of American Art at the DMA, about why Ida O’Keeffe was almost forgotten by history.

I had no idea that Georgia O’Keeffe had a sister who painted. How did you discover her work?

I didn’t really have any idea either. Back in 2013, I was visiting a local collector and I noticed the work across the room. And it was a very strong work, and I was rather intrigued and wanted to find out who it was by. And that’s when I found out it was Ida O’Keeffe.

Ida never married. And she supported herself teaching, nursing and writing. She moved 13 times in 10 years to take various jobs. She was really launching her career during the depression. All of this didn’t leave her very much time for painting.

It did not. When she launches her career in 1932 after graduating with her masters, you know, she came to painting late. 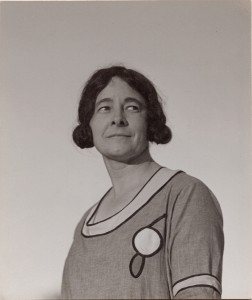 She was a late bloomer. And even though she trained as a nurse, she really wanted to teach art. And positions were very difficult to come by because everyone is hanging on to their positions during the Great Depression. So, her employment as an art teacher, it’s a series of dislocations that led to this instability of living.

In contrast, her sister Georgia, connected with Alfred Stieglitz and was living a very different life.

Stieglitz was known as the impressario of American modernism.

I would say Georgia too had this instability of living in the teens. She was teaching in Canyon, Texas.

Fortunately for her, a friend showed some of her drawings to Stieglitz in 1916. And he was very impressed with them. And it’s in 1918 that he convinces her to come to New York. And that changed everything for her, because she arrives in New York and he asks her, if you could do anything what would it be? And she says, I would paint. And he says, I’ll  make it happen. 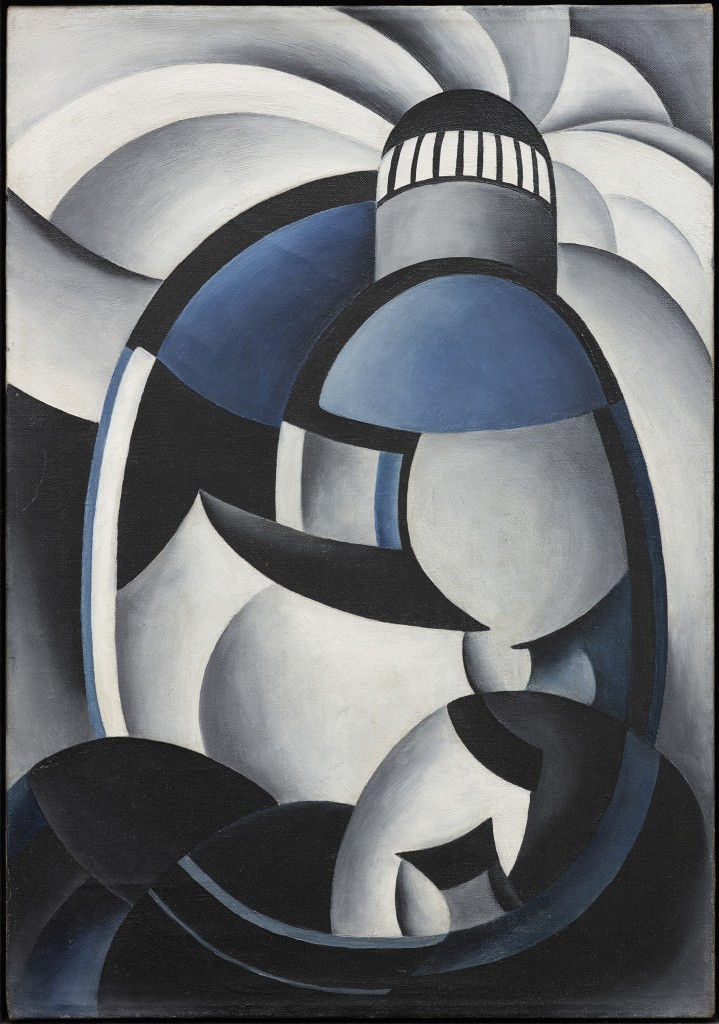 Both Ida and her sister, Catherine – there was another sister, Catherine, who also painted – both managed to exhibit their work and got some favorable reviews.  One of the most disappointing things we learn in this show is that Georgia had  a real problem with her sisters painting.

Yes. She had been encouraging to a certain point, but when they began exhibiting in New York, that was the beginning of some real issues.  Georgia wasn’t interested in being part of a trio. And she basically threw obstacles in their path.

Catherine stopped painting. But Ida didn’t. What did that do to their relationship? 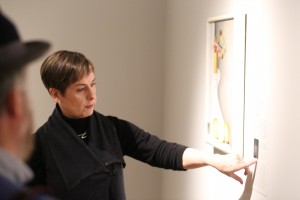 It became estranged. They had once been very close. Ida had always been the sister about whom Georgia would say, I’ve never met a nicer girl.  And then you get into the 30s and there’s no more correspondence.

Where do you come down? Could Ida have been more famous if she’d had a Stieglitz? Is Georgia’s fame because of Stieglitz? 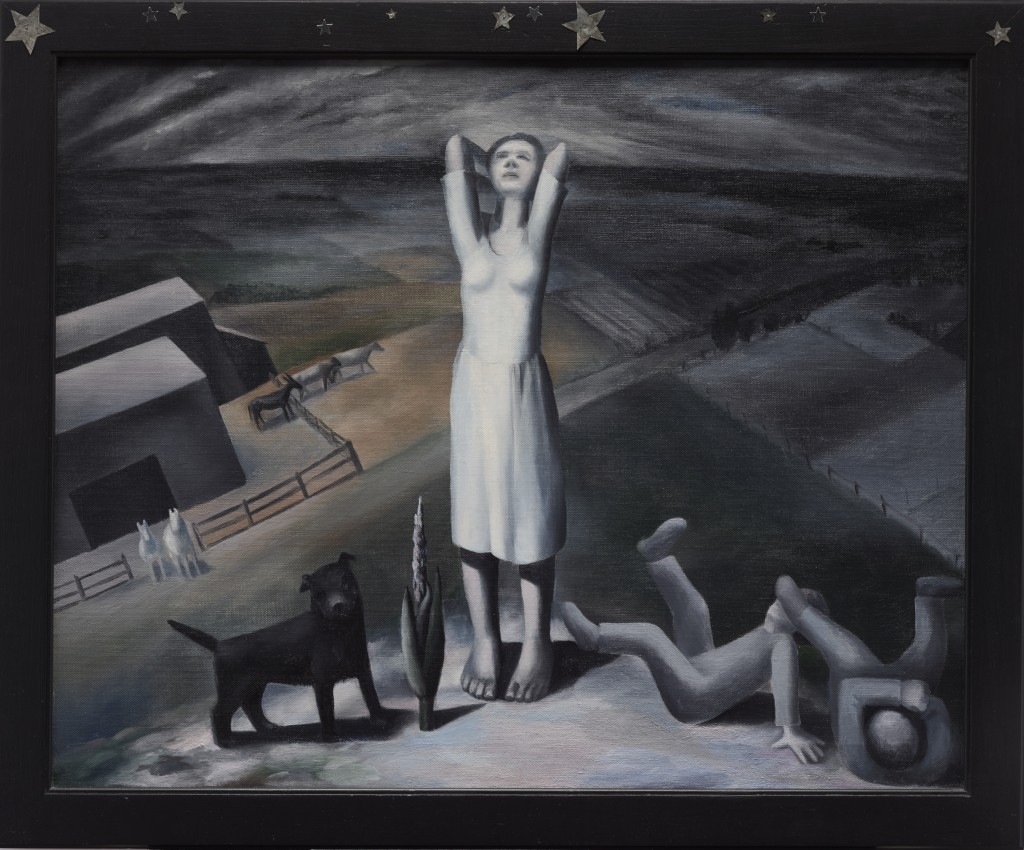 Georgia O’Keeffe is one of the country’s most well-known artists. It feels like we know everything about her that could be explored. What does it feel like to have uncovered this story that no one has ever told before?

To form this new narrative, to in a sense, give this woman her life back, and to show what her struggles were.  She wasn’t just up against being a late bloomer, or launching her career in the Great Depression.

It was also a matter of being blocked by her own sister, and by Stieglitz. And when you have the two most important individuals of American modernism blocking your path, it becomes very difficult to succeed. It’s just really gratifying to have her come back to life in a way. 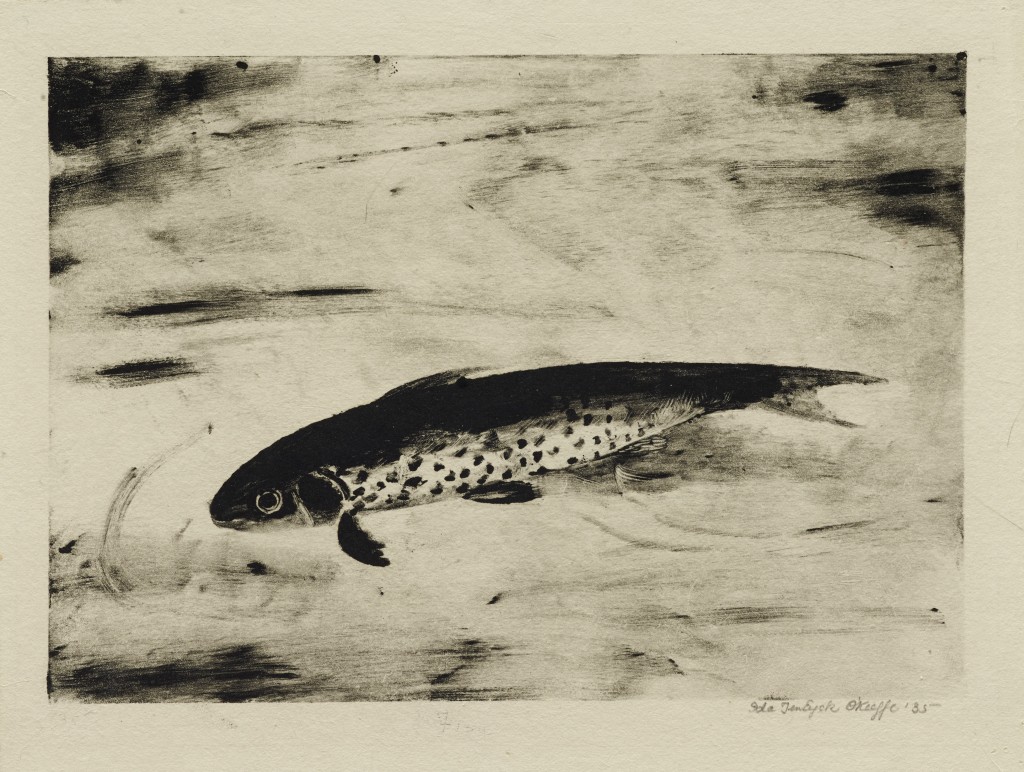 “The Fish,” by Ida O’Keeffe