Skip Navigation
Home > ArtandSeek.net > So This Is . . . A Different Christmas

‘W. H. Auden’s For the Time Being’ at the Dallas Institute of Humanities and Culture,‘ Thursday December 12th – one night only.

When it comes to Christmas oratorios, there’s always everyone’s favorite, Handel’s ‘Messiah’ – with its famous, rousing choruses. But there very nearly was another. In 1942 in New York, the British poet W. H. Auden tried but his modern oratorio about the Nativity was never completed or performed. For this Art & Seek Spotlight, Jerome Weeks interviews a North Texas actor who will premiere Auden’s grand work – but as a solo performance. For one night only.

In the early 1940s, W. H. Auden collaborated with the great British composer Benjamin Britten on a Christmas oratorio, an epic musical work. But the two friends had a falling out, and all that exists of their work together is Britten’s song, ‘A Shepherd’s Carol.’ Let’s listen to a little bit from the Choir of Westminster Abbey. 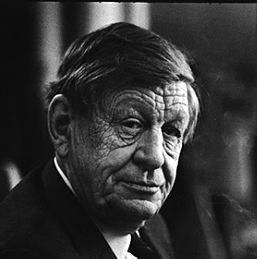 If Time were the wicked sheriff
in a horse opera,
I’d pay for riding lessons
and take his gun away.

O lift your little pinkie,
and touch the winter sky.
Love’s all over the mountains
where the beautiful go to die.

That song is all that remains of ‘For the Time Being’ as a musical performance. But you hadn’t heard that song before you and your wife Katy decided to do a solo version, a spoken performance of Auden’s lyrics. So what attracted you to the idea?

Well, it was something that my wife and I had read together, and it was something that she would re-visit during Christmas. And the idea of it being written as a script – because there are characters – kind of gave the idea to her initially of what if this were performed publicly? And we kept exploring the idea little by little and eventually just went with it.

‘For the Time Being’ was written by Auden to use the Nativity to examine these deep questions of salvation and faith. But it was also written at this very frightening moment – 1942, perhaps the darkest hour of World War II –  so how does that period inform the poem?

Well, he wrote the poem after he had a couple of personal tragedies going on with his life, a break-up [with the love of his life, Chester Kallman] as well as his mother dying, to whom the poem is dedicated. And so I think all of these things start at a dark place. And so I think for him – and for me as the performer, I’m trying to make sense of it all. How do we have this holiday that is so happy and joyful and oftentimes passes so thoughtlessly?

How do we celebrate when things are so dark?

The Couer Regard, the former bookstore now owned by the Dallas Institute of Humanities and Culture – and the performance space for ‘For the Time Being.’ Photo: Katy Lemieux

As you say, there are characters like Joseph and Mary and the Wise Men. There’s also a chorus and a narrator. Even inanimate objects have speaking parts – like the Star of the Nativity. How does the audience tell when you take on a different character?

We have – I don’t know if it’s too strong a word to say it’s a ‘device.’ But what we’re doing is when it begins, the character has come home, and he has a box of Christmas decorations. And among those are the figures from a Nativity set. And so as he takes those out, we see who he is setting up. And those are the characters he explores. So as he gets out the Wise Men, he begins to speak as the Wise Men, sort of imagining what they are thinking about, what they are going through.

Part of the impulse behind ‘For the Time Being’ was Auden’s return to his childhood Christianity. He was a little like T. S. Eliot in that he started as this groundbreaking, avant-garde poet, but while Eliot eventually embraced all the traditions and hierarchies of old-fashioned Anglicanism, Auden was a Marxist who saw his renewed Christian faith as a kind of radical acceptance. How does that play out here?

Having left and come back informs his perspective here. Now he’s taken a step back, none of the information is new to him. He knows the story of Jesus, the story of the Nativity. But having left it and come back, now I think he approaches it more skeptically than he would have but is still open to it. The poem acknowledges the difficulties of faith but sees them as sort of the point, to remain open. 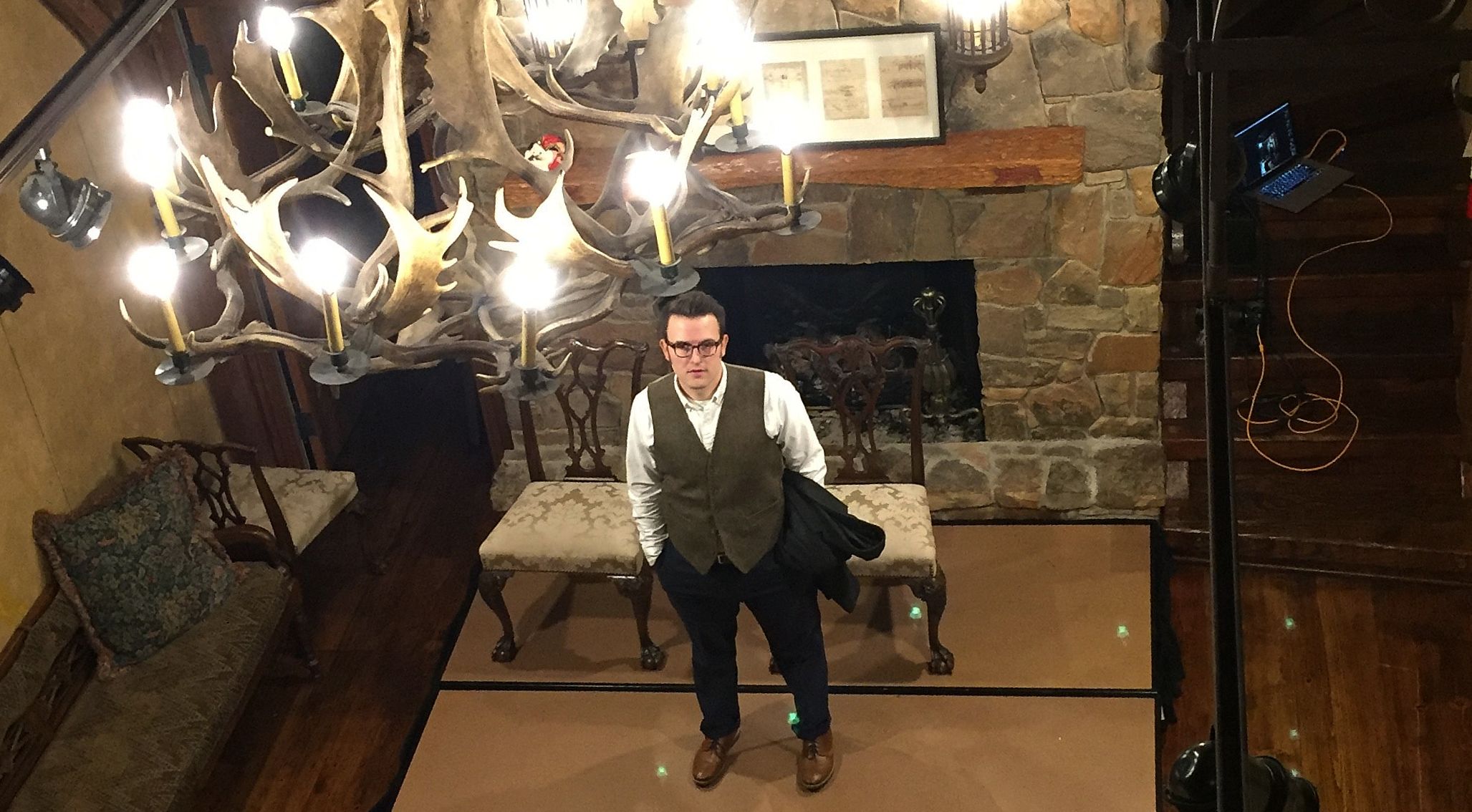 Justin Lemieux standing in the Couer Regard, where ‘For the Time Being’ will be performed. Photo: Katy Lemieux

I don’t mean to make the poem sound completely heavyweight, it’s often entertaining – especially with King Herod, who is not just this tyrant. He actually has philosophical justifications for wanting to kill the infant Jesus – because Jesus represents the up-ending of the old order.

I was wondering if you could do a passage from King Herod – from ‘For the Time Being.’

Naturally this cannot be allowed to happen. Civilization must be saved, even if this means sending for the military – as I suppose it does. How dreary . . . Why couldn’t this wretched infant be born somewhere else? Why can’t people be sensible? Suppose – just for the sake of argument – that this story is true, that this child is in some inexplicable manner both God and Man, that he grows up, lives and dies without committing a single sin?

Would that make life any better?

Auden’s poem is some 1500 lines – that’s a full-length play. Have you tried this out on an audience as a monologue?

The poem is not just a long poem. It has all these shifting styles. So because of the shifting styles, the different characters, the shifting tones, it’s always changing. But we’ve cut it. We’ve cut it down so the performance will be about an hour. Honestly, this first go-round – what we hope will be the first go-round – is kind of an experiment to see if people like it, to see if it works. Hopefully, they will.

After every rehearsal, I ask Katy, ‘Is it boring? Halfway through, are you thinking about other things?’ That’s always my number one concern with any solo piece but especially something like this. I’m not here to make anyone listen to the sound of my voice. I want people to be engaged, I want them to be interested.

The interview has been edited for brevity and clarity.