Out of all this Dallas heat and sunlight – and into the sunflowers.

And it’s also the one that’s taken over the former Masonic Temple.

Courtesy of Impact Museums, the 1941-built temple has now become Lighthouse Dallas. The van Gogh show opens Aug. 7th and its run is currently set through October. But Shedletsky said, with more than 100,000 tickets sold, an extension is already in the works.

After that, the Center will continue to present such spacey lightshows – because it’s now something of an electronic cultural draw and rooftop lounge for the East Quarter redevelopment project. This is the long-planned transformation of the Harwood Street area in downtown Dallas by Todd Interests into something of an eight-block boulevard of destinations and new, 17-story high-rises running from the Main Street Garden all the way to Farmers Market. (They seem to be keeping a few of the area’s older, two-story, red-brick buildings — some of the last ones standing in downtown — to lend a smattering of trendy, retro texture to the project.) 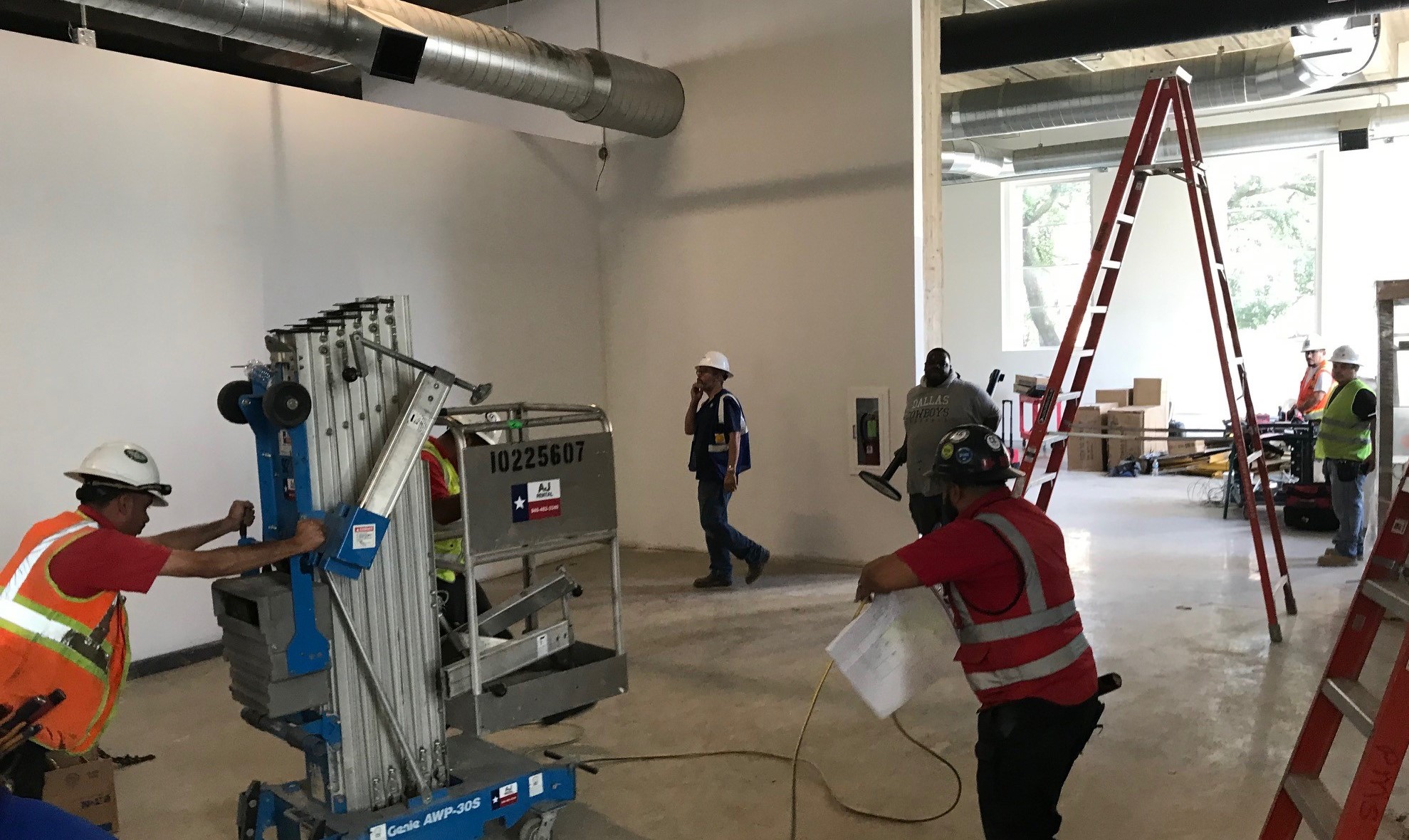 So enough with the economic and real-estate mumbo-jumbo. What’d ya peak at inside?

The opening of the Immersive Exhibit was delayed from July, said producer Ross, because of building permits and the need to upgrade the WWII-era building with miles of fiber optics and projectors. Which is why much of the lobby is still under construction (below) — as well as the projection space itself and even the rooftop Terrace Bar (the better to view the East Quarter). 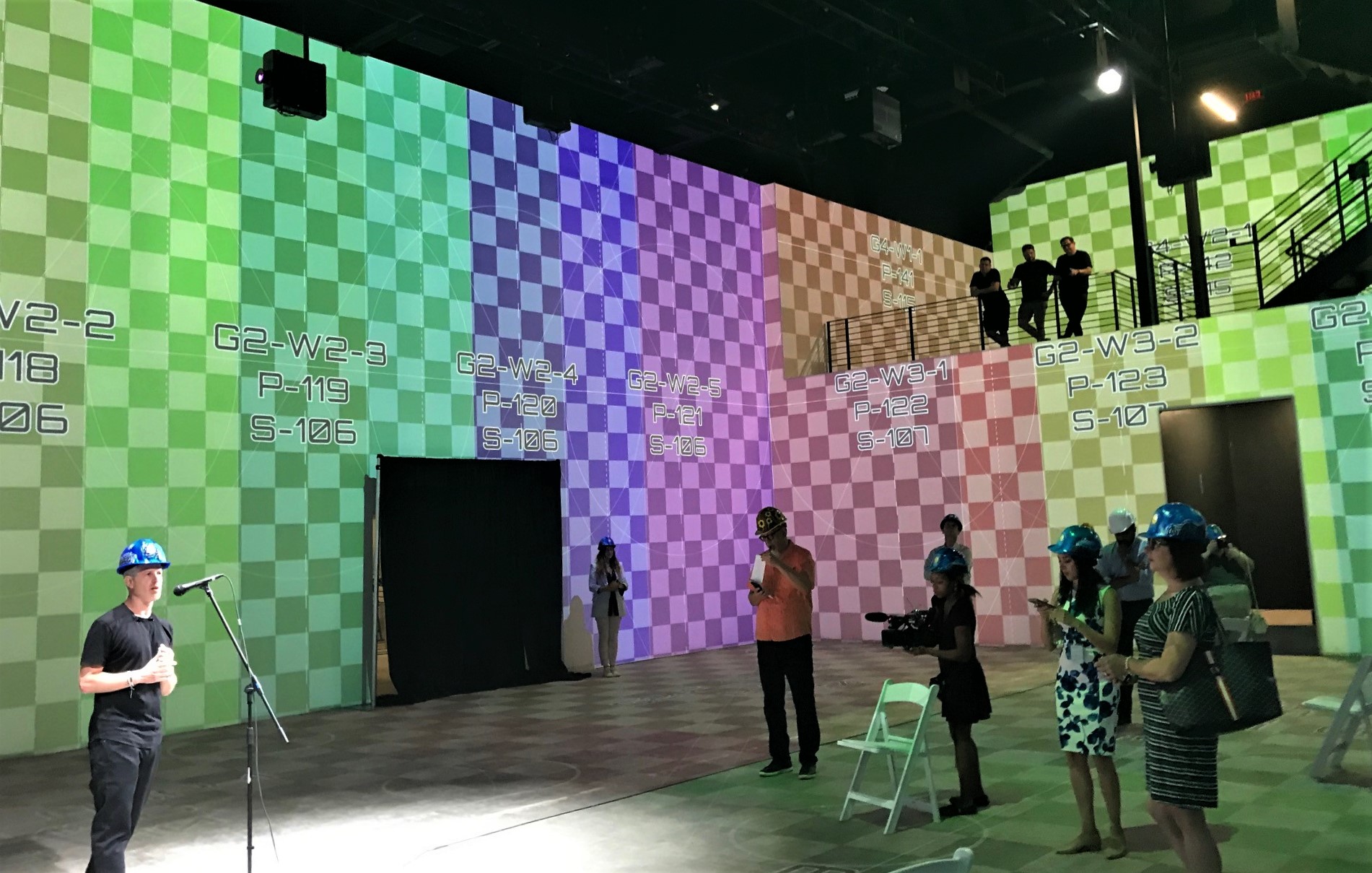 But Shedletsky brought the media folk into the central video space — already set up for what’s known as ‘digital mapping’ (getting all the coordinates right for the projections).

And then voila, the checkerboards morphed into the colorful, video artwork of Massimiliano Siccardi and the music of composer Luca Longobardi (who, for the record, borrows very familiar chunks from Bach and Mussorgsky).

And yes, even without the bar serving drinks yet, it was a pleasant way to get out of the heat.