Art&Seek is highlighting new music from North Texas every Thursday. Click above to hear me talk with musician Kevin “Frenchie” Sciou for our Music Minute, which airs on KERA FM and KXT 91.7. For more North Texas music, tune in to the KXT Local Show at 7 p.m. on Thursdays. And tell us what you’ve been listening to on Facebook, Instagram or @artandseek on Twitter. 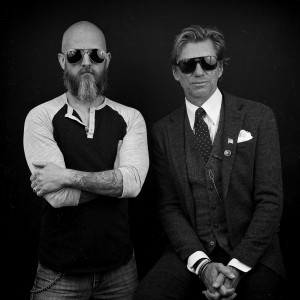 Guitarist Kevin “Frenchie” Sciou first came to the United States from France in 2001. After a stint in Los Angeles that included being a member of Shooter Jennings’ band Stargunn, Sciou picked up a gig playing guitar for country singer Wade Bowen. Then he moved to Texas and joined singer/songwriter Jack Ingram’s band in 2007.

It was while playing guitar for Ingram that Sciou joined forces with Ingram’s long-time drummer Pete Coatney and  Frenchie’s Blues Destroyers was born.

“I had an affinity for writing songs…I did some demos and recordings in Nashville on my own, but I didn’t do much with it,” Sciou said. “Pete was the one that said, ‘Hey man, are you ever going to start playing your songs live?’ and I kind of looked at him funny because I didn’t consider myself a singer.”

Sciou has no problem playing guitar in front of thousands of people, but the thought of performing his own songs live never crossed his mind. Frenchie’s Blues Destroyers had their first show at Adair’s Saloon in Deep Ellum in 2012. 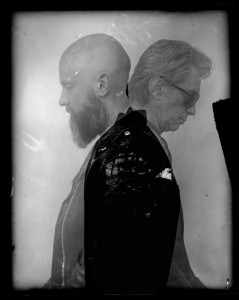 “Once I started singing, I knew it was going to be all right… there is a difference between playing for big crowds where everything turns into kind of this one thing,” Sciou said. “But, when you play for a few people in the club, you can see everyone’s reaction, so it’s way more intimate.”

Frenchie’s Blues Destroyers took a brief hiatus while Sciou lived in Nashville and Oklahoma City, but hit the ground running when Sciou moved back to Texas in 2017. The band has released three albums so far and has plenty of material to release in 2021. Their latest single is “15 Years” and it’s Sciou’s reflection on his path to American citizenship.

“When I first came to the states… I fell in love right away, and so beyond music, it became a journey to stay here and to ultimately become an American citizen… but that was a 15 year process,” Sciou said. “It was hard work and it was something that I’ll never regret. It’s almost my biggest achievement in life, really: to become a U.S.citizen and to do it through music.”

Sciou’s path to citizenship was long and windy, and he had help from an unlikely place: country outlaw Waylon Jennings. Jennings took a liking to Sciou while he was playing in Stargunn.

“Waylon liked me a lot and they said, well we’re going to sponsor you, so Waylon Jennings was my sponsor until I got my green card,” Sciou said.