The Rooftop Cinema Club is starting off the new year with a line-up of blockbuster films.

The Dallas location of the popular nation-wide drive-in company Rooftop Cinema Club is called Drive-In at the Central. The contactless drive-in venue is located five minutes from Uptown Dallas and is open Thursdays through Sundays. Tickets can be purchased online and start at $22 a vehicle, depending on the day and number of car occupants. Spots are assigned first-come-first-serve.

Since people are missing the award-winning movies this year, the drive-in’s line-up for 2021 is dedicated to award-winning and nominated blockbusters through the years. Drive-In at the Central also partners with food trucks and has concessions available. 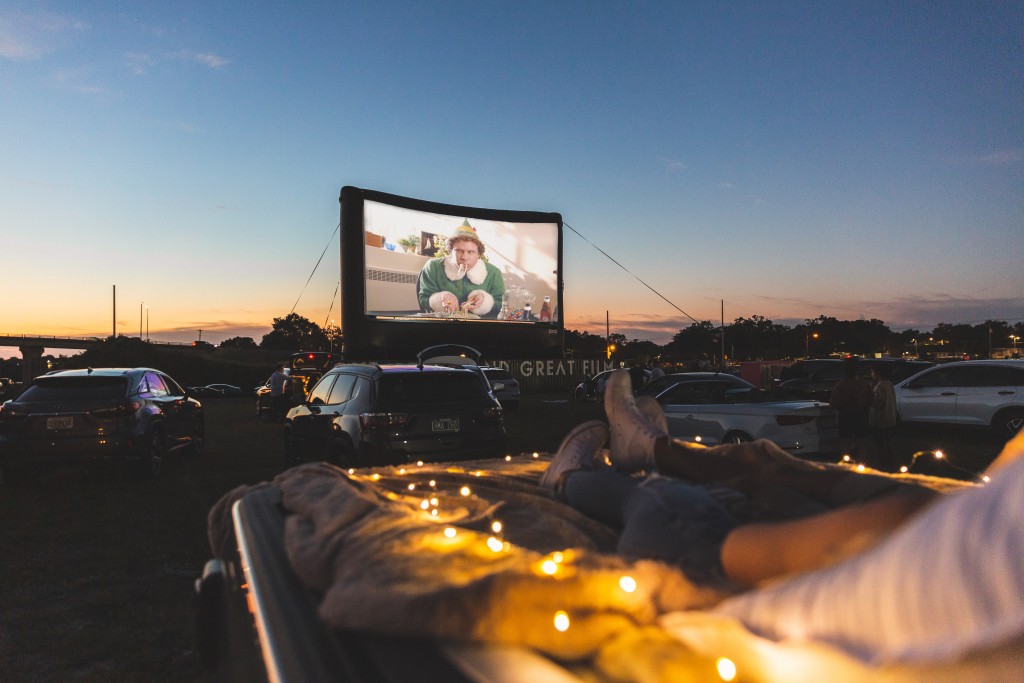 Folks can also enjoy good films while raising money for a good cause by attending The Drive-In at the Central’s “Community Screenings.” At these showings, all proceeds are donated to the North Texas Food Bank. For these “Community Screenings,” the second film on select Sunday nights is $5 for a vehicle with up to two guests or $10 per vehicle with three or more guests.

What kind of movies does Rooftop Cinema screen?

“We try to target all different age ranges,” said Jalitza Delgado with Rooftop Cinema Club. “It doesn’t matter if you’re young or old, we have something for everybody.” 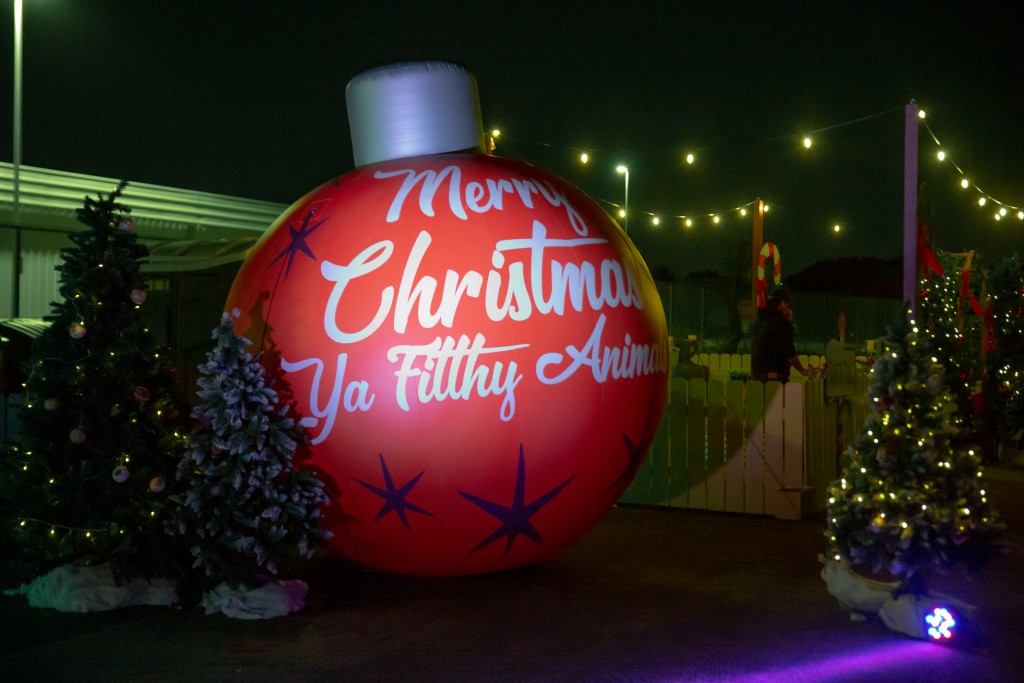 Giant ornament at The Drive-in at the Central. Photo: Rooftop Cinema Club. 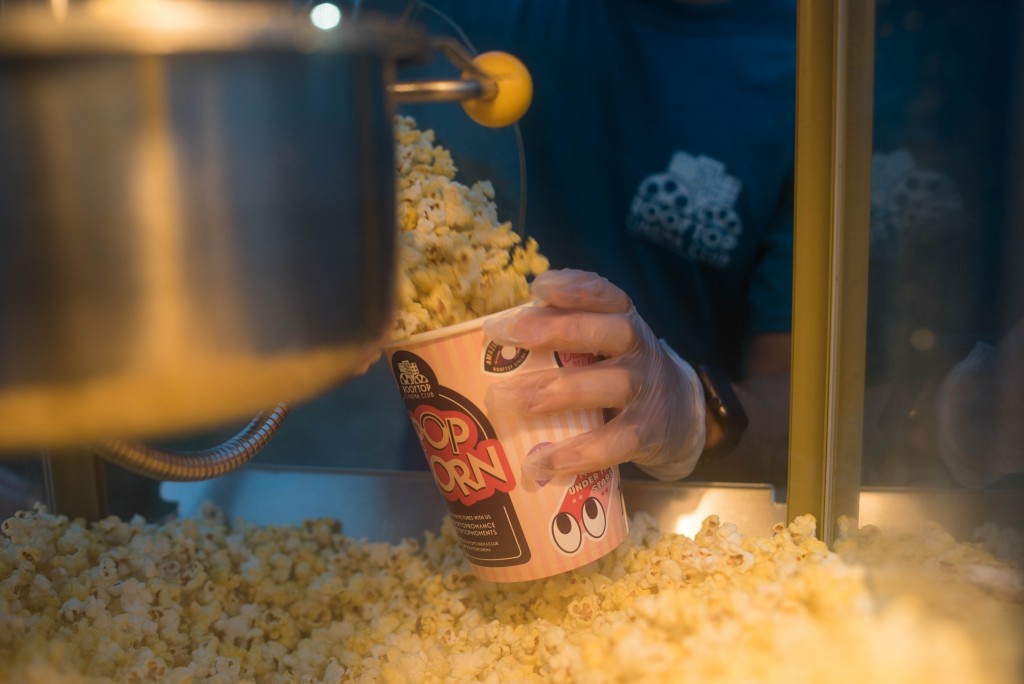 A person serving popcorn at The Drive-in at the Central. Photo: Rooftop Cinema Club.

On Saturday, January 30, movie-goers can participate in “People’s Choice” night and vote for the biggest award show snub. Details will be available on the Rooftop Cinema Club’s website.

“We’re here for Dallas,” said Delgado. “Our slogan is ‘Love, peace, and great films.’ and that’s what Rooftop Cinema is all about.”