The Fort Worth Symphony has announced that Amy Adkins, president and CEO of the FWSO for six years, is becoming president of the All Saints Health Foundation. She is stepping down from the symphony in July. 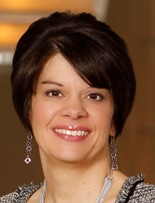 The announcement comes five months after the orchestra’s protracted musicians’ strike which began last September and disrupted three months of the symphony’s season. Management had proposed a 6.5 percent pay cut to help make up for a $700,000 deficit. It wasn’t until December, when an anonymous donor came forward to cover the deficit, that the strike was resolved and a new, four-year contract was signed. Management blamed weak corporate donations for the financial problem, even as ticket sales and fundraising were up.

In response, the Amon G. Carter Foundation offered a $1.5 million challenge grant to help increase annual contributions to the orchestra over the next three years. The FWSOA’s release says it’s expecting a balanced budget by the end of the year. A search for Adkins’ replacement will begin immediately.

FORT WORTH, TX – May 18, 2017 – The Fort Worth Symphony Orchestra Association announced today that President Amy Adkins will be stepping down in mid-July after six years at the helm to assume the position of president of the All Saints Health Foundation in Fort Worth. The Board of Directors will commence a search immediately to identify her successor.

“It has been an extraordinary honor and privilege to serve this great organization for nearly two decades,” said Ms. Adkins. “I am immensely proud of what we have accomplished together and am deeply grateful for the support and collaboration of our incredible Board of Directors, administration, volunteers and patrons. With a four-year contract in place with the musicians and the recent growth we are achieving in donor support, the Orchestra is well-positioned for continued success.”

During Adkins’ tenure, earned income from ticket sales and presenter fees grew substantially, audiences grew in size and diversity, and the Orchestra reunited with the Texas Ballet Theater after a six-year hiatus. Adkins recently led the organization through a tumultuous period of
difficult negotiations with its musicians’ union, and has set into motion new stabilization measures, most notably the $1.5 million challenge grant from the Amon G. Carter Foundation to build a larger base of annual contributors to the Orchestra over the next three years. It is anticipated that the FWSO will end the year with a balanced budget for the first time in several years.

“We are very sad to see Amy leave, but we are grateful for her many years of exemplary leadership and passionate devotion to this institution,” said FWSO Board Chair Mercedes T. Bass. “We are especially appreciative that she ushered the organization through its recent difficult period and that her perseverance and hard work has left the Orchestra in a more stable place.”

“I congratulate Amy on her new position at All Saints Health Foundation,” said FWSO Music Director Miguel Harth-Bedoya. “For her entire tenure at the FWSO, Amy and I have walked together through many highs and lows, excellent times and very difficult times. I deeply appreciate the work she has done for the organization and the support she has given me in my artistic endeavors, and I look forward to continuing our friendship and civic partnership asleaders in our beloved Fort Worth.”

Adkins previously served as the FWSO’s Vice President of Development from 2002-2011 and as its first Education Coordinator from 1995-1998. She recently received a Legacy of Women Award from SafeHaven of Tarrant County for her contributions to the arts and was also recognized as one of the Great Women of Texas by the Fort Worth Business Press in 2013. “While it is difficult to say goodbye, it is my great fortune to take with me an abundance of experiences and friendships,” said Adkins. “The Fort Worth Symphony Orchestra will forever hold a special place in my heart, and I will continue to be its champion.”