The news spread fast this week that Premiere Video on Mockingbird Lane — for more than two decades the go-to place for lovers of foreign films, rare classics, premiere cable shows and even, yes, mainstream Hollywood popcorn epics — was shutting down. So we’re reposting our 2010 portrait of the store and its owner Sam Wade, written in the wake of Blockbuster’s bankruptcy. But with this caveat. The important thing now, says Heather Hankamer, TEDXSMU president and the store’s former managing partner, is keeping that incredible collection together. But the word is a customer has offered another possible location.

With Blockbuster gone, the video rental business is undergoing a major change — even if it leaves millions of Americans without rental outlets, Americans who don’t download videos or pay premium prices for cable and who find video rental the most economical choice. So this seemed like a good time to check on what all this may mean for the future of one of North Texas’ rarities — a great independent video store.

Blockbuster Video has dominated video rental for more than 20 years. But practically in Blockbuster’s backyard – on Mockingbird Lane near Central Expressway – Sam Wade has successfully run a small bit of competition for 24 years. His Premiere Video is an independent rental store that’s regularly been named the best in North Texas.

[sounds of chatter at counter, under]

Yet Wade says he’s saddened by Blockbuster’s troubles. Over the years, Premiere has actually benefited from its giant North Texas rival.

Wade: “Ever since the early days, they’ve been good for the business. If they advertise a suite of new movies, the customer knows we have those movies. So even though we’ve been competitors, they just elevated the stature of the business.”

Wade could be forgiven for thinking Blockbuster has been targeting Premiere. Independent stores like his suffered their greatest drop in rentals in 2005 when Blockbuster eliminated late fees. More pointedly, at one time, Blockbuster had opened four stores all within a mile-and-a-half of Premiere’s location. There was even a mini-outlet in the Kroger’s directly across the street. 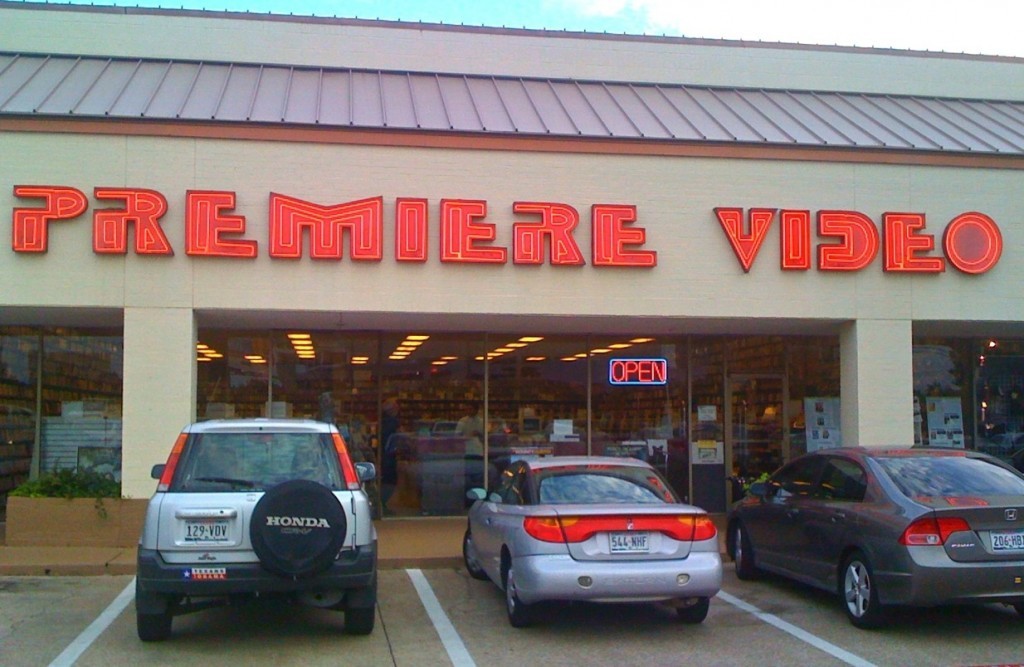 But the mini-outlet is long gone. Last year, Blockbuster closed 300 outlets – including one of the four stores near Premiere. It recently outlined plans to close nearly 1000 more. Reportedly, Blockbuster executives told Hollywood studios last month that they expected to shut down even more stores during bankruptcy proceedings as the company tries to shed nearly $1 billion in debt and to focus on digital distribution.

Wade says Premiere has survived partly because of its prized location. It’s near Southern Methodist University and the M Streets. Its audience is older, more educated. Wade doesn’t have to cater so much to the young-teen, latest-hit mentality that often dominates film and television. Premiere doesn’t have a website (though it does have a Facebook page). For two years, it hasn’t carried even a single video game.

Wade says, he used to have every game format around, some he can’t even remember their names. But his customers simply didn’t care much for them. And responding to his customers has been key. While Blockbuster aimed for the wide, new-release market, Premiere went for classics, rarities, foreign films and premium cable TV shows (for those who don’t want to pay for an entire cable schedule just so they can watch Mad Men, The Wire or Breaking Bad — the one or two series in any season that are worth watching).

Sometimes, Wade says, he stocks some oddity just to prove to the diehards — if Premiere has this, they must have everything.

That’s why the store has such a deep inventory: 25,000 DVDs in stock and an equal number of VHS tapes, half of which remain unavailable on DVD. In the store, Wade also repeatedly posts the titles of videos (often foreign films and TV shows) that customers can’t find anywhere else — or can only rent first at Premiere, often along with an international DVD player, the only kind that will play the disc.

Randy Askins is a Dallas pathologist. He’s been a Premiere customer for more than a decade.

Askins: “Our daughter lives in D. C. and she looks forward to coming to Dallas just so she can rent here.”

Askins: “Because it’s the greatest video store in the United States of America! [laughs]

Askins: “Because whatever you’re looking for, whether it’s out of print or foreign movies, it’s going to be found here – or not at all.” 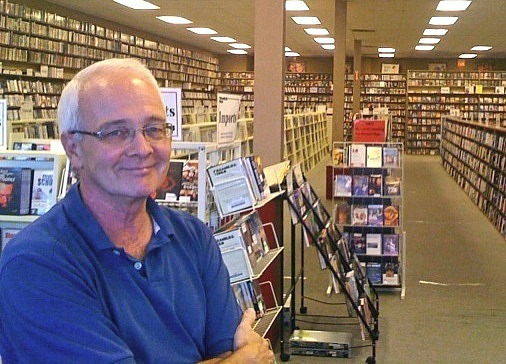 But Wade sympathizes with Blockbuster for another reason: They’ve both seen their profits shrink because of Netflix’ mail-order competition and low-price rental kiosks like Red Box.

Premiere’s business actually peaked – six years ago. Which can’t be good. But the storeowner seems remarkably sanguine about it.

Wade: “It hasn’t been a precipitous decline, but you know, it’s been slow but steady. What I’ve seen the last year is that the decline has leveled off. So it’s not as rapid as it was in the beginning.”

But then there’s the long-term threat. Bookstores and music store chains have dwindled partly because of internet competition. Online streaming looks to do the same for video rentals. For many people, Wade says, at-home convenience seems to trump deep selection and even blu-ray image quality. He says what they’re settling for is ‘bad television.’

Actually, the one thing that could truly damage Premiere, the storeowner says, is an increase in his rent. Wade has considered bringing in an upscale cake or candy store to share his space. Or reducing the storage demands of his stock.

But he admits he hasn’t worked out a definite endgame.

Wade: “My brother-in-law asked that same question. He said, What’s your endgame? And I said, Death! I don’t think he appreciated that. But it’s certainly not as profitable as it used to be and probably won’t be in the future. But when you really enjoy something – and I strive on coming in everyday – so I mean, I’ll ride it probably longer than I should ride it.” 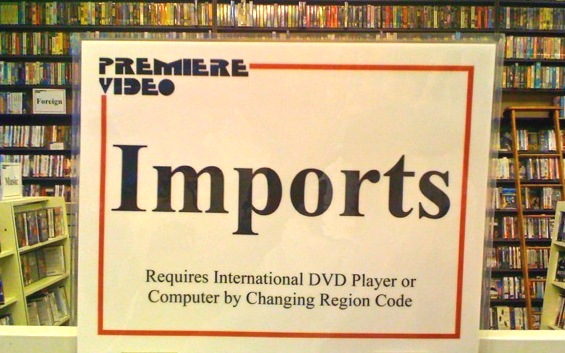