Frame of Mind’s 25th anniversary special kicked off last week with a retrospective look at the series throughout the years, and it’ll dive a little deeper this week with a look at the work of Allen and Cynthia Salzman Mondell.

Don’t miss the second episode of Frame of Mind Thursday at 10 p.m. on KERA TV

The filmmaking duo runs Media Projects Inc., a Dallas-based non-profit film company that specializes in thought-provoking documentaries. They’ve been making films in Dallas since 1978. We caught up with the Mondells to discuss their almost 40 years as filmmakers:

What first drew you to filmmaking? 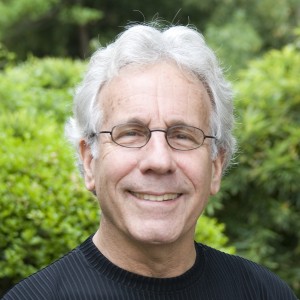 Allen: I was a newspaper reporter in Baltimore in the mid-Sixties. There was a lot of interest back then with documentary among people that I knew. I thought it might be kind of interesting for me to get into film because of the kinds of people you might reach and the kinds of issues that you might be able to deal with.

Cynthia: I come from a completely different perspective. I was in the communications department of the Maryland Port Authority, and I was also in the communications department of the Baltimore City Planning Department. As a woman, you could only go so far, but I saw how effective film and video was. I actually was impressed with what people were doing out on the streets with Portapak videos, and there was actually change that was being made by going out with video and showing it to people and creating some sort of dialogue for social change.

Since then, what’s been the biggest challenge of your careers?

Cynthia: The hardest part of filmmaking is raising the funding. We work really hard to raise the funding. 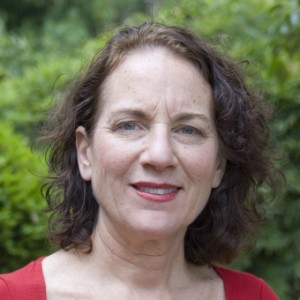 Allen: The hardest part of the process as independent filmmakers is the fundraising because we have to spend a lot of time, and we don’t have the same organization as, say, KERA does. For us, it takes a little longer. That can be a little bit overwhelming. But, we’ve managed over these years to do it.

The Media Projects catalogue has so many films. Have you ever felt your creativity wane?

Cynthia: I don’t think creativity. I think sometimes energy. And most of it isn’t in making the films because I think the topics and the people we surround ourselves with are always hugely committed to what we’re doing. I wouldn’t say waning. Our creativity is as high as ever.

One of the films featured in the episode is Beauty in the Bricks, about a group of girls living in a housing project in East Dallas. 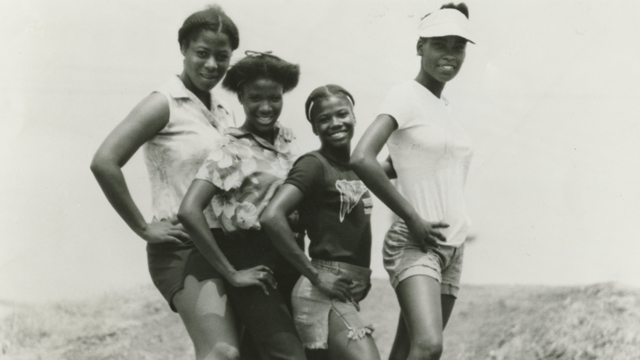 A still from Beauty in the Bricks. Photo: Media Projects Inc.

Cynthia: I’ll tell you a story … We got a phone call from a young woman with the Friends of the Dallas Public Library, and she wanted to show Beauty in the Bricks at the Martin Luther King Library. So, she purchases a copy, and I ask her a little bit about herself. She says:

Oh, you’re the filmmaker? I wanted to tell you. I lived in the Wilmer-Hutchins area, and I had a very bad family situation and became homeless. They put me in the West Dallas housing projects in a special program. I was really depressed, and I saw this film. It just turned a light on inside of me. I was a young kid. I knew that if the girls in my area could make it, then I could make it to. I held on to that, and it got me through life.

Now, she wants to show that film to other young people to make sure that they know that no matter where they come from, they can make it … That’s a story that’s kept me going.

Does hearing stories like that factor into what you consider a successful film?

Allen: It’s not going to be about how much money we make … I think what’s most important to us is the fact that they can make a difference in people’s lives … For instance, we did a film called A Reason To Live about depression and suicide within 15- to 24-year-olds. We talked to quite a few young people, all of who had tried, at one point, suicide but didn’t “succeed.” For them, it was something to be able to talk to us about it, and that made a difference in their lives. We wanted to make sure that both parents and young people felt comfortable talking about suicide and depression.

As filmmakers, you’re often sitting down with people one-on-one. How do you get to a point with someone where they’re comfortable enough to share intimate moments?

Allen: We come on very quietly. We don’t sit down with them and, right away, start asking what I think might be intimidating questions. We just talk about them and their families and things they enjoy doing. Once we feel — and it is a feeling — like they are more comfortable with us, we can begin to ask questions that are a bit more penetrating. We’re very careful about how we approach people in different situations.

Cynthia: I guess the other thing is that we’re not there to judge people. We’re there just for them to let them tell their stories.

Feminist topics are a recurring theme in the catalogue. What draws you to stories like this?

Cynthia: I’m a feminist; I live my life that way. Allen’s a feminist. Our daughter is a feminist. Our grandson is a feminist in the works. He’s four years old. He’s got a little training! I come from a family of strong women, and my mother was very much a feminist. So, I grew up that way, and I truly believe in women’s rights and equality.

How have things changed for women in filmmaking since then?

Allen: I think in the documentary world, women are much more prevalent than they are in Hollywood. There, women have had an opportunity and less rejection than in the film world that takes place out in LA or even independent features … That might not be exactly the way it is, but that’s my impression.

Allen, you’ve been working on a film about the changing neighborhoods around Henderson Avenue here in Dallas.

Allen: We want to show how those changes are impacting the people who live here. It’s about developers. It’s about businesses … I think it’s the kind of thing that’s happening not just on Henderson Avenue. It’s happening in other communities in the Dallas-Fort Worth area and certainly around the country. Some people call it gentrification. For some, it’s called new urbanism … I’ve been working on this along with my daughter for quite a few years now, so I hope we’re able to show the process that’s taken place.

Cynthia: Sole Sisters started several years ago, when my mother was dying of pancreatic cancer. My sister and I found a pair of brand new, red high heels in her closet. We took them into her sick room. She’d been on a morphine drip, and it somehow sparked something inside of her. She sat up and talked to us for probably half the day. My sister and I had said; Ma, you’re gonna dance in these shoes, and you’re gonna get well. We put them on her dresser. Of course, with pancreatic cancer, you don’t get well. She passed away, but I always wondered what it was about those shoes that gave her so much hope for that short period of time. It really did spark something inside of her.

I decided I was going to do a short film dedicated to my mother about women and their shoes. I built a shoe confessional at the Dallas Museum of Art, where we were collecting stories … I started going into senior centers. I had contests. I was working with pregnant teenagers. I was collecting stories from all over … I was trying to raise money for the film, and a friend with Wingspan Theatre finally said; let’s just have a reading of all the stories. From that reading, I developed it into a play with Wingspan … I’ve been trying to relaunch the play, and I’ve raised more money for the film.