It’s mid-afternoon and over 100 degrees, but Amy and Reed Butscher are hard at work building a playhouse. Out among the long grass and noisy cicadas in Wylie, the brother and sister team are three days from deadline. They’ve already redone the roof and the windows, but the wooden structure is finally starting to look like a steampunk engine.

“This is plan D,” Reed says. “A was interesting. B was nonfunctional. C, I just didn’t like. So we came up with plan D.” 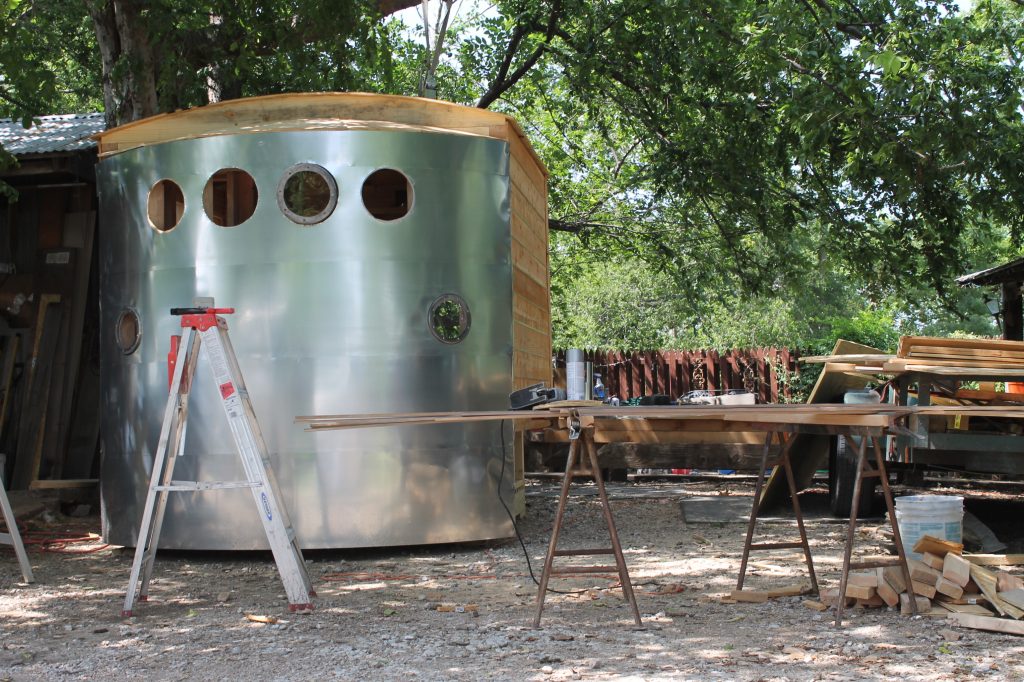 Amy and Reed Butscher build their playhouses out in Wylie, shaded from the summer sun by trees. Photo: Francesca Paris

Building for a cause

He and his sister have been making playhouses together for ten years. The porthole windows of their playhouse this year are reused from an old playhouse that Amy won 10 years earlier, in CASA’s Parade of Playhouses raffle. 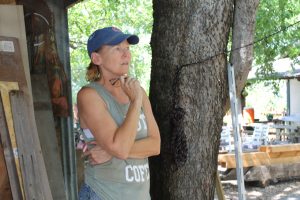 Amy Butscher works at The Richards Group, where she first learned about CASA in 1997. Photo: Francesca Paris

Every year since 1995, the Dallas branch of the Court Appointed Special Advocates (CASA) has held a fundraiser with 10 to 20 life-size playhouses lining the halls of NorthPark Center. Every year, CASA raises several hundred thousand dollars through the event. Amy has been buying raffle tickets since 1997, when she started working with the Richards. When she won — twice! — she decided it was time to give back. So she enlisted her brother Reed, and Amy says they work together well.

“Since we’re siblings, I guess, he knows what I’m thinking when I say ‘I want to do it this way,’” she says. He agrees… mostly.

“The hardest part is interpreting my sister’s ideas into a structure,” he says, laughing. But he adds that’s just because they’re ideas, and there is a long way to go from idea to building. The playhouse always changes dramatically between original conception and final product, regardless of theme. So far, their constructions have been crowd favorites: they’ve donated a miniature tree house, the house from Up, and, last year, the Frozen ice castle.

From idea to playhouse 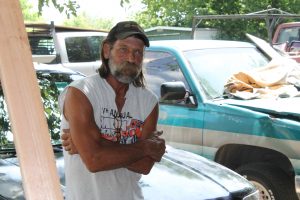 Reed Butscher is a framing contractor, who works primarily on buildings for adults, not playhouses. Photo: Francesca Paris

Amy says she starts planning early. “I think about this event like almost year round,” she admits. “As soon as we’re doing with this one I’m already thinking about what we’re going to build next year.”

Reed comes into the process later. He’s a framing contractor, and, for him, the playhouses are a break from the rigidly structured work he does the rest of the year. He says it’s always a rush to get the playhouse finished in time for the truck that will transport it to the mall, but “it’ll be ready on Wednesday. It always is.”

Both siblings take time off their day jobs to put on the finishing touches, like adding a wall of gears that actually rotate on the inside. Though Amy is a big fan of CASA, she says her busy work schedule restricts her from actually training to become an advocate. She hopes to do so one day. Having children, she says, makes it hard to see other children in terrible situations.

“It’s heartbreaking to hear what some little kids have to go through,” she says. “I think that would be part of my problem. I’d want to just take them all home and I wouldn’t be able to do that.” 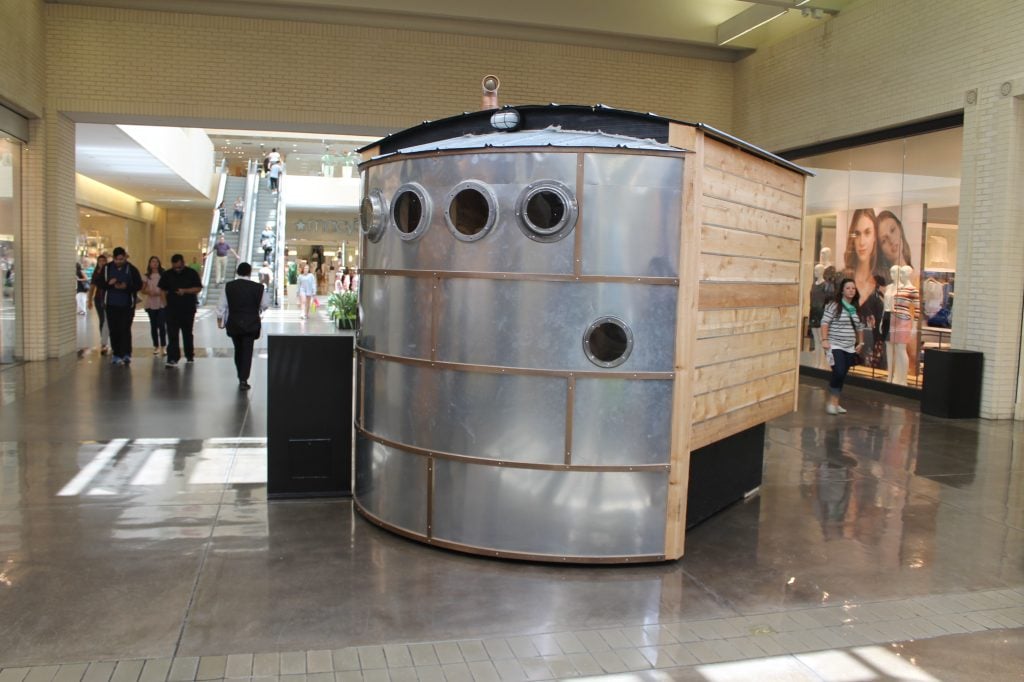 For now, building playhouses that kids love — and adults pay to enter the raffle for — is enough. And even though she knows that the Parade is a fundraiser and not a competition, she can’t help herself: when she goes to visit her playhouse at the mall, she takes her phone flashlight and checks out the box where mall shoppers put their raffle tickets.

It’s hard to tell if she has the most tickets, but she still thinks it’s the best house. Someone else agrees: in the mall, Maxton Bradshaw stands on his tiptoes to look through the porthole at a plastic skull Amy has placed just inside the window. He taps on the fake metal embellishments.

“It’s awesome,” he tells his dad. “I like the little pipe thing you look through.”

For next year, Amy and Reed are thinking of another locomotive, this one more historically accurate. But Reed says it doesn’t really matter what they build: if you give a kid a starting point, they’ll use their imagination.

“What is it, punk something? Steampunk!” He laughs. “I don’t know what that actually is, but it’s an idea. It’ll probably turn into a submarine or a locomotive or an aircraft carrier. Who knows what a kid is going to do with it?”

The Parade of Playhouses is on display until July 31 at NorthPark Center. Tickets are $5 each and all proceeds support Dallas CASA.