For hundreds of years in Europe, women were mostly shut out from making art and music professionally, or overshadowed by their male colleagues. An exhibition at the Dallas Museum of Art looks at a handful of female painters who managed to transcend enormous barriers. The exhibit’s called “Women Artists in Europe from Monarchy to Modernism.” This week in the Art&Seek Spotlight, KERA contributor Quin Mathews took a walk through the show with curator Nicole Myers, Lillian and James H. Clark Curator of Painting and Sculpture.

He set his tour to music by female composers of each era. They’ve also been overlooked. You can click above to listen to his piece. Or check out a few of the works in the exhibition below. 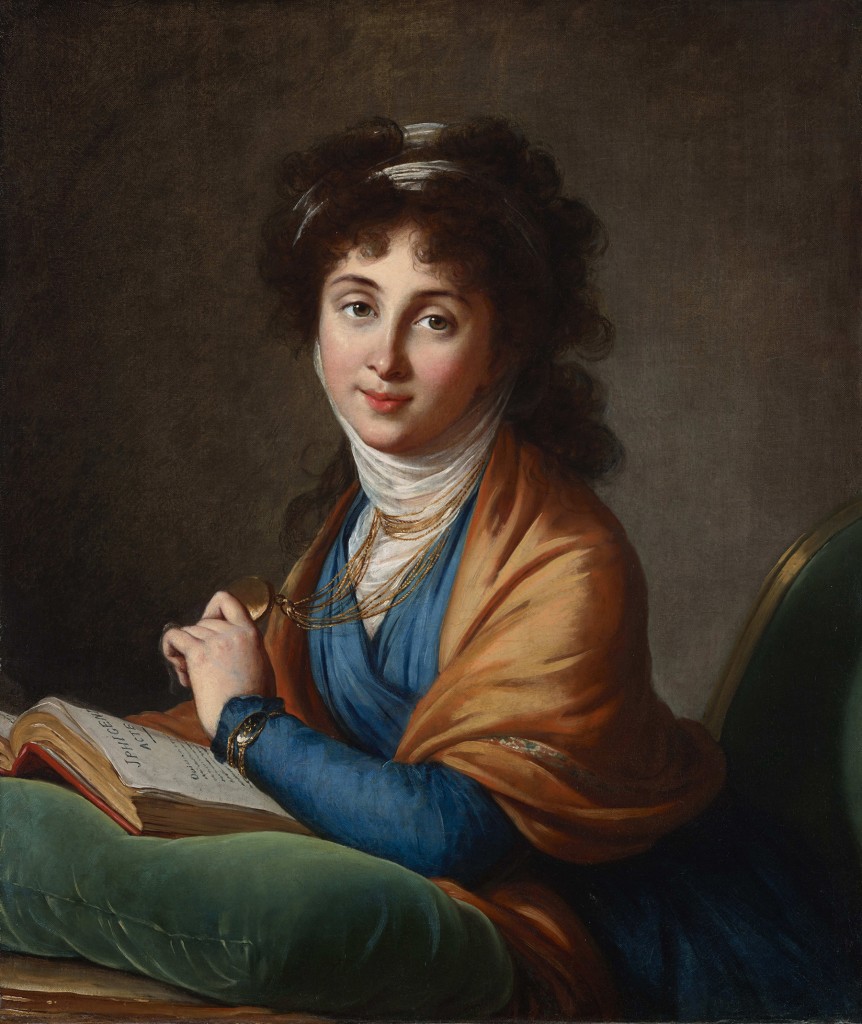 “In France there were basically a few women who were able against all odds to join the French Royal Academy of Painting and Sculpture,” says Nicole Meyers.  “We have two of them in our

Women Artists In Europe From Monarchy To Modernism, through June

collection, and in the exhibition…Adélaïde Labille-Guiard and Elisabeth Vigée-Lebrun were admitted into the French Royal Academy on the same day in 1783.  But as was often the case with women seeking professional careers, their entry tended to be predicated on having strong ties and relationships to established male artists and also to powerful benefactors.” 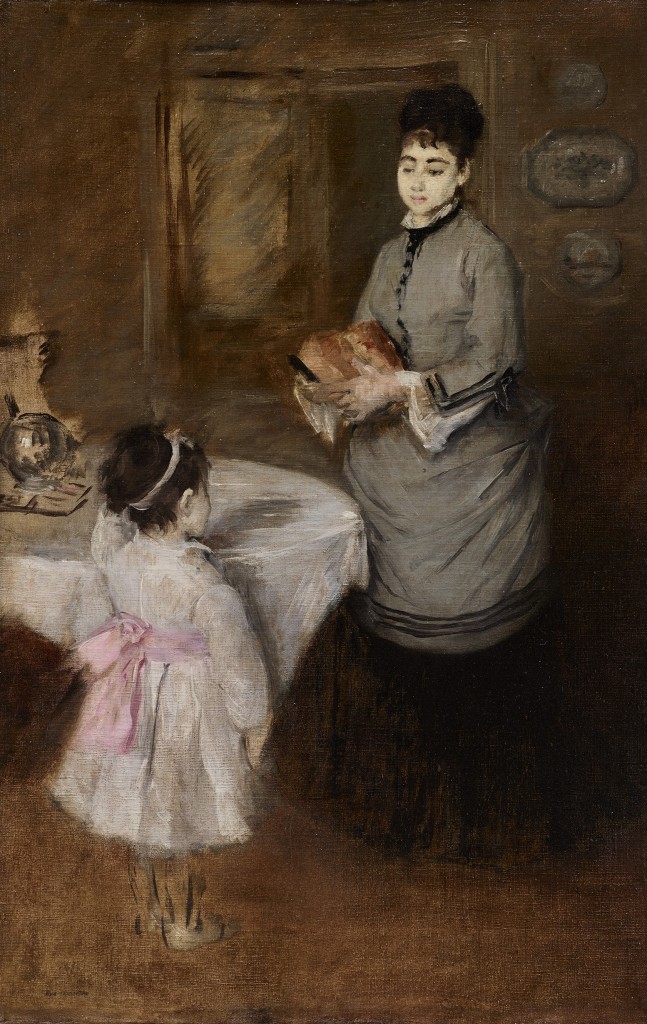 “Eva Gonzalez was an artist who came of age in the second half of the 19th century in France,” says Meyers.  “And as with many women artists, in order to have doors opened to her, it was a connection to a very important male artist, Eduard Manet. She gained his friendship by actually becoming his model.  So Manet was attracted to this young, beautiful woman.  She sat for him.  They get to know each other, and he ends up taking her on as his only official pupil.

“When we look at her work we see a lot of the influence of Manet’s style, but at the same time she found her own voice, and would adopt some of the brighter palette and broken brushwork of the Impressionists, while also focusing as Manet and the Impressionists did, on taking subjects drawn from everyday life, which we take for granted today, but was revolutionary in this period of the nineteenth century.” 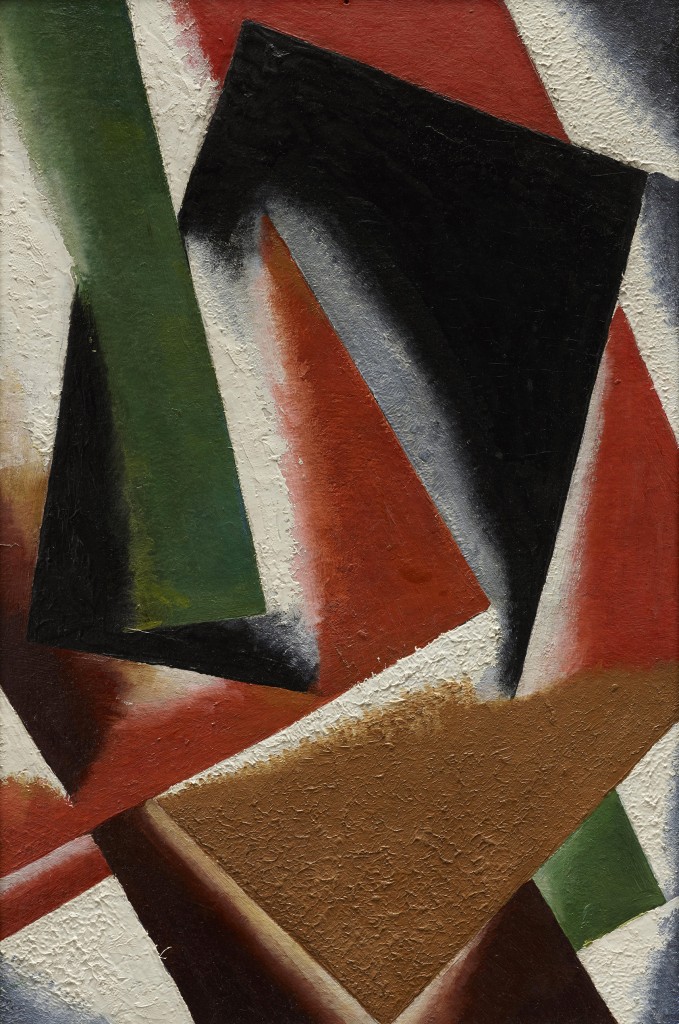 By the 20th century, additional barriers had begun to fall. Women had been kept out of anatomy classes, which held them back. But now, art became more angular, abstract. The study of the body wasn’t as crucial. In 1918, Lyubov Popova was painting angular abstract colored forms, a mix of cubism and futurism.

“The interesting thing is when we get into the 20th century, is that the academic tradition has really lost its power and its value, and the academies are shutting down, at just the moment, ironically, that women are allowed greater access to these arts institutions,” says Meyers.  “And one of the reasons why the academic tradition phases out is that you get the rise of Avant Garde movements like cubism or futurism, movements that aren’t predicated to the mastery of anatomy.  These avant garde movements became attractive to women for that very reason.”

Today, there are more women than ever in galleries, museums, and music.  But  their numbers still have not caught up with men.

“We have a lot of national attention now on what it means to be a woman.  Our sincere hope, of course, is that this does the trick, that this is the time when they enter again the popular culture and the mindset and the dominant narratives of how we talk about the development of art over all times.”

From the 1700s to today, women artists faced obstacles that men did not.  But if you search, as curator Nicole Myers did, you find they are there.