Music is downright dangerous, according to music historian Ted Gioia [pronounced JOY-uh]. It encourages sex, incites violence and can make you hallucinate – in other words, everything your parents warned you about. Art & Seek’s Jerome Weeks reports the Plano author has written a provocative new book about all the stuff most music histories leave out. 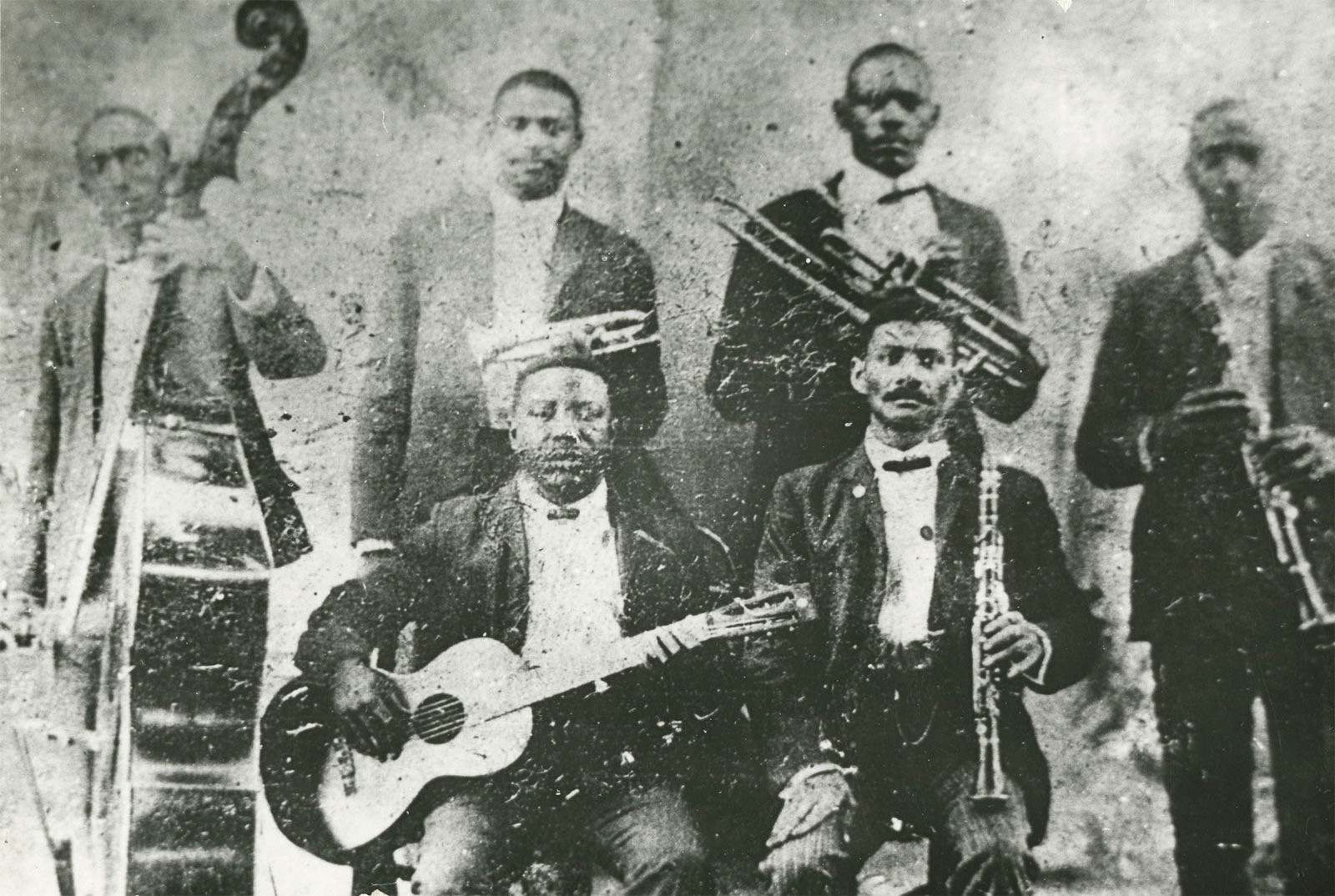 Buddy Bolden’s band, circa 1905. Bolden is the cornet player, second from the left in the back. Photo: New Orleans Jazz Museum

Around 1900, cornet player Buddy Bolden brought a louder, looser, more improvisational style to ragtime and the blues. Consequently, he’s often considered the first true jazz musician. “Buddy Bolden’s Blues” has been covered by everyone from Jelly Roll Morton and and Louis Armstrong to Dr. John and Wynton Marsalis, director of the esteemed Jazz at Lincoln Center Orchestra.

But this revered classic was actually, originally titled – “Funky Butt.” And “Funky Butt,” as you might imagine, was a thoroughly disreputable and playfully defiant song. Music historian Ted Gioia says, “If you actually sang that song in New Orleans at the start of the 20th century, you could get arrested. It was sung at riots. Police would beat you on the head for singing Bolden’s song.”

The song that’s sung today doesn’t reflect all the original lyrics, which were often improvised. They could be obscene, they could mock the mayor or shout out police corruption. Yet this down-and-dirty little ditty now gets performed in a cultural palace like Lincoln Center. 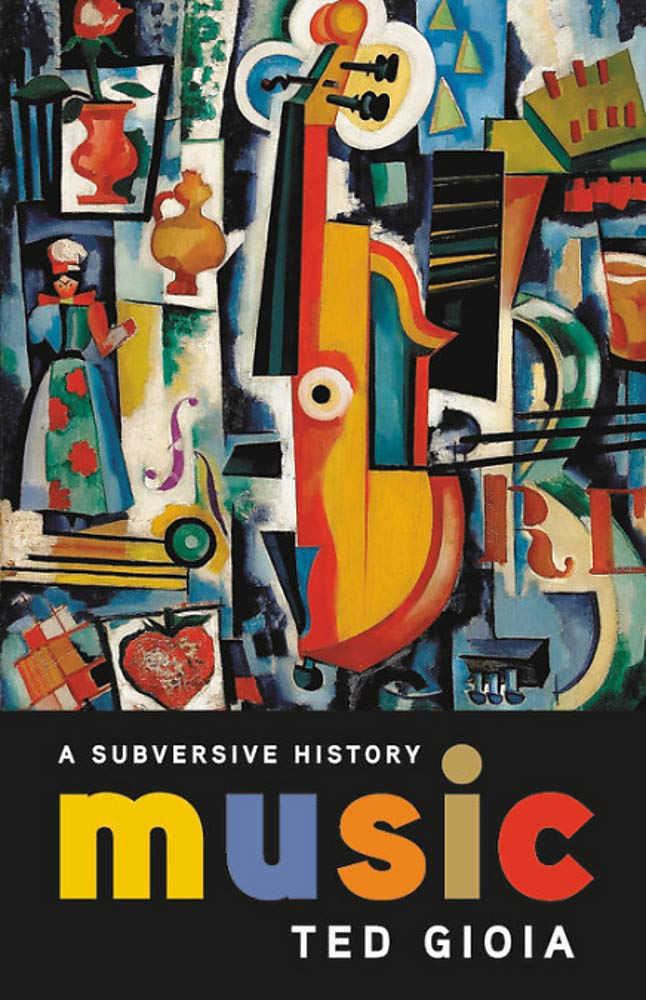 “And that’s not only a story about jazz,” Gioia insists, “it’s a story about the history of all music. All of it starts as a disruptive force. And then it becomes legitimized. What I’m trying to do in my book is to show that this is often a distortion of the unruly and often scandalous origins of our cherished song traditions.”

Gioia lives in Plano, an award-winning author on blues and jazz, including “The Jazz Standards.” His new book is called “Music: A Subversive History.”

“Funky Butt” pretty much encapsulates American popular music in the 20th century. Jazz, rock, blues, salsa, hip-hop, Tejano, Cajun, even country-western – they all were first scorned or sidelined as low-class, foreign or shameful. They came from the marginalized, the exploited, even the criminal. Now, they’ve taken over the music industry, they’ve taken over the pop-culture planet. Bob Dylan won a Nobel Prize, hip-hop artist Kendrick Lamar won a Pulitzer.

But the 62-year-old Gioia argues that that is music’s basic pattern throughout history – for symphonic music, church music, operas, chamber music, atonalism, you name it. No matter how disciplined, codified and venerated the music may be now, it always started on the fringe, rooted in sex, blood and altered states. Consider: Even the tune for our own national anthem was borrowed from a popular British drinking song, extolling the virtues of ‘Bacchus’ vine’ (i.e., wine). It’s true. It was called ‘To Anacreon in Heaven.’

OK. But let’s go back a thousand years to music that couldn’t be more spiritual — in other words, it couldn’t be further from “Funky Butt.” “Benedicta” is the 2016 hit album by chanting monks from Norcia in Italy. The monks follow the model — and the strict code — of St. Benedict, who found our world so sinful and corrupt, he advised retreating entirely from it, from all its attractions and distractions, including, to a degree, art. Only the human voice, for instance, was simple enough, uncontaminated enough, modest enough, to be used to praise God in church. Musical instruments were instruments of the devil, and the Gregorian chants on ‘Benedicta’ have been sung a cappella since the 10th century.

Yet Gioia argues even these seemingly pure, other-worldly chants cause something very human and even hallucinogenic to happen.

“Back in the 1960s,” Gioia says, “a neuroscientist was able to measure brain waves when we listen to music, and he finds the waves of our brain match the external rhythms we hear. We know this intuitively – it’s often why we can’t help but move in rhythm, to dance, why we feel in harmony with others at concerts. But in point of fact, if you listen to a drumbeat for 5- 10 minutes, you will fall yourself into a kind of trance state. It’s harder without a drum, but the early monks found, if you chant for 30-40 minutes, you will achieve that same altered consciousness. “

Put crudely, the monks are getting high. Of course, they’re seeking a spiritual transcendence, but it’s still a trance state partly induced by music. 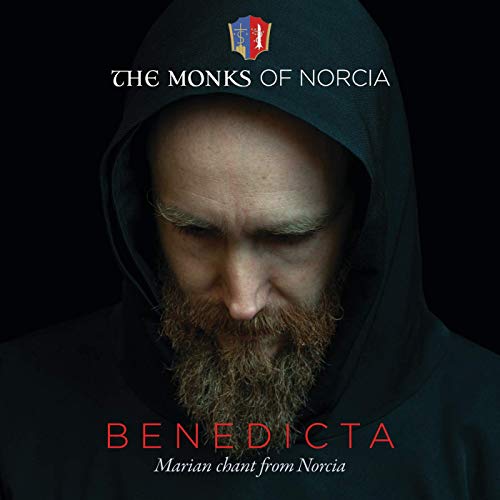 So let’s move from the sacred to something far more profane — and contemporary. Bryan Ferry’s hit song, ‘Slave to Love’ is more than 30 years old, but it still sounds very much of our moment — with its hints of kinky bondage (not just in the lyrics, listen to Ferry moan as if in pain).

Even so, surely the lyric’s theme of the longing and the agony — the prison of love — is touchingly human, even eternal.

Except it isn’t eternal. Deeply personal songs about the torments of love didn’t really exist in the West until the medieval troubadours started singing them in Europe in the 11th century. They sparked a revolution with “courtly love”: Powerful knights and noblemen started singing about being enthralled, being held captive by the romantic power of these idealized women.

Where’d they get such an idea?

Gioia sees enslaved peoples throughout history providing the sources for musical innovation – whether it was African-Americans and the blues, or here: With the Crusades in the 11th century and the height of Muslim influence in Spain, Western knights first encountered an Arabic tradition of female slaves singing as entertainment at court. And from all of that we eventually get a million songs about the shackles of love: Hank Williams’ “Take These Chains from My Heart,” Grace Jones’ “Slave to the Rhythm,” Aretha Franklin’s “Chain of Fools.”

“We take all this for granted,” says Gioia, “but what we don’t understand is that this originated because these songs were sung by actual slaves.” 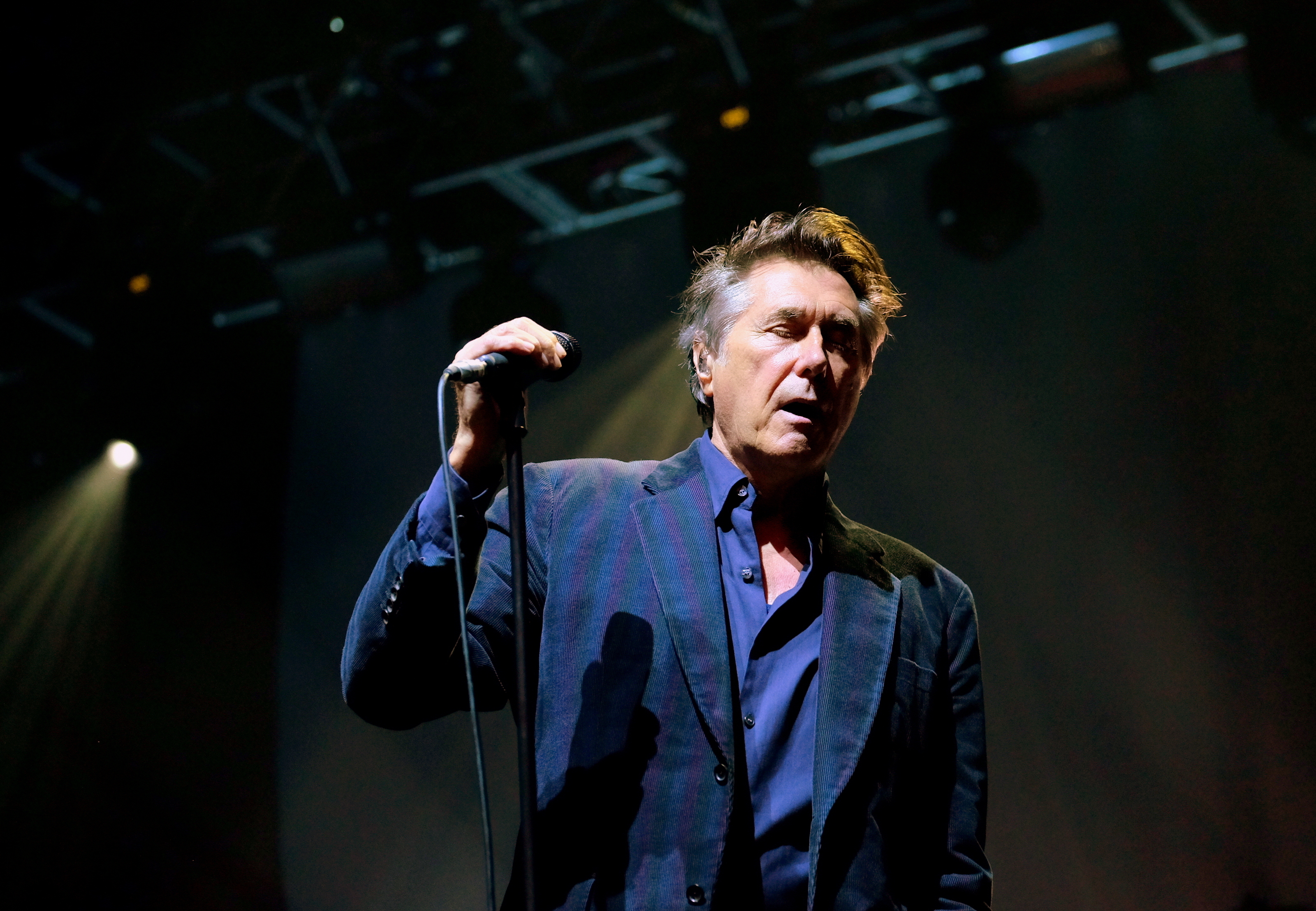 Bryan Ferry in performance at the Cornbury Festival in 2016. Photo: shutterstock

If there are weaknesses in “A Subversive History” — ones that scholars are likely to jump on — they come from a difficulty Gioia faces head-on: Despite his extensive research, much of what he’s writing about may have been widely popular with different peoples in history, but their music was never documented, never written down or explained. We don’t have the dance steps villagers joined in during spring fertility festivals or the drum rhythms and chants that Roman warriors used to psych themselves up for battle. Or the favorite tunes Venetian prostitutes sang to lure their clientele.

So Gioia often has to stitch together his ‘alternative’ history from the very authorities who tried to eradicate this music.

“The Church would issue proclamations and councils would repeatedly forbid them,” Gioia says. “But you could see they had no success in eradicating these songs because they had to keep on repeating these prohibitions year after year, century after century.”

Along the way, Gioia also knocks a few composer-saints off their pedestals: Mozart gambled, Bach drank — and was physically booted out the door by one royal patron — and so on. This doesn’t advance his argument about music’s disruptive origins so much as convince the reader that composers are pretty much like every other group of artists in history: fallible humans. But to hear their music with fresh ears, Gioia feels it necessary we switch off the concert-hall luster, the cultural reverence and mathematical sophistication that classical music in particular has acquired. And which has increasingly accrued to jazz as well: Critics once hailed George Gershwin for ‘making an honest woman’ out of jazz – as if it wasn’t ‘legit’ music because it was played in brothels and by African-Americans.

After awhile, all musical styles are either suppressed, Gioia argues in “Subversive History,” or they’re bent by the political, religious, academic and wealthy institutions that can retro-fit high-minded traditions and esteemed artist bios into music that once was viewed as salacious, frenzied or frivolous. Operas were initially condemned for all the unchecked adultery and murder in their plots; now they’re an art form widely seen — to opera companies’ own dismay — as too high-minded and artificial, too rich for the masses.

Faced with the sounds of silence in accepted music histories, Gioia turned to other sources: “In fact, for years, I read books that had nothing to do with music,” he says. “I would read journals, private diaries, travel documents, chronicles from ancient times, mythology and folklore – to find the things that were left out. 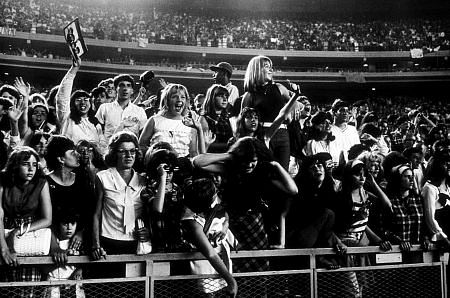 The crowd at Shea Stadium when the Beatles played there in 1965. Photo: imdb.com

Gioia argues that this process hasn’t stopped; this is the way music has always been, it’s how it always renews itself. And how it will continue to do so, he sincerely hopes, despite the efforts of music corporations to harness and exploit every smooth, production-assembled mp3 into a safe, global investment. Perhaps the most dangerous, repeatedly suppressed aspect of music, Gioia believes, is simply the fact that oppressed people can sing, they can make their own music. Even today, that can threaten authorities: parental, legal, spiritual and commercial authorities.

Anyone who’s heard the female crowds screaming when the Beatles played Shea Stadium and seen them breaking through the security cordons — a crowd so loud the Beatles couldn’t hear themselves singing through their monitors — has seen some of music’s Dionysiac power unleashed. The fact that music has an almost shamanistic ability to bind crowds together, to express messy personal desires that defy official dictates — all of that is why countries around the world still carefully monitor and even ban different kinds of music, Gioia argues.

Hip-hop, K-pop, punk, Afro-pop, indigenous anthems and dances: All the military marching bands and all the corporate lawyers in the world can’t hold them back forever. Says Gioia: “Music is the most overlooked source of human rights and civil liberties in history. People don’t realize how closely connected music is to the expansion of human freedom.”

It can also simply let the rest of us hear fellow humans longing to express themselves.