Skip Navigation
Home > ArtandSeek.net > Headed To The State Fair? Here’s Why You Should Stick Around Dallas’ Newest Cultural District

Fair Park has joined the likes of Deep Ellum, Downtown Denton and Fort Worth’s Near Southside as one of the state’s official cultural districts. That opens up funding opportunities to help preserve Fair Park’s history and revitalize the neighborhood.

The Texas Commission on the Arts made the decision earlier this month. The designation includes the fairgrounds, which have long been the site of the State Fair of Texas, but it also covers the South Dallas neighborhoods around the fairgrounds. That includes Expo Park, South Boulevard-Park Row, Wheatley Place, Queen City and parts of Jubilee Park and Forest Heights.

The Texas Commission on the Arts says the designation is meant to spur economic growth in the area, while maintaining the district’s historic identity. It also unlocks state funding for Fair Park and qualifying arts organizations in the district.

Here are five cultural destinations to visit once you’ve had your fill of the Fair.

Located about a mile from Fair Park sits a precious piece of civil rights history. For 50 years, this white, Craftsman Bungalow was the home of Dallas civil rights icon Juanita Craft, who led many critical fights for desegregation in the city. 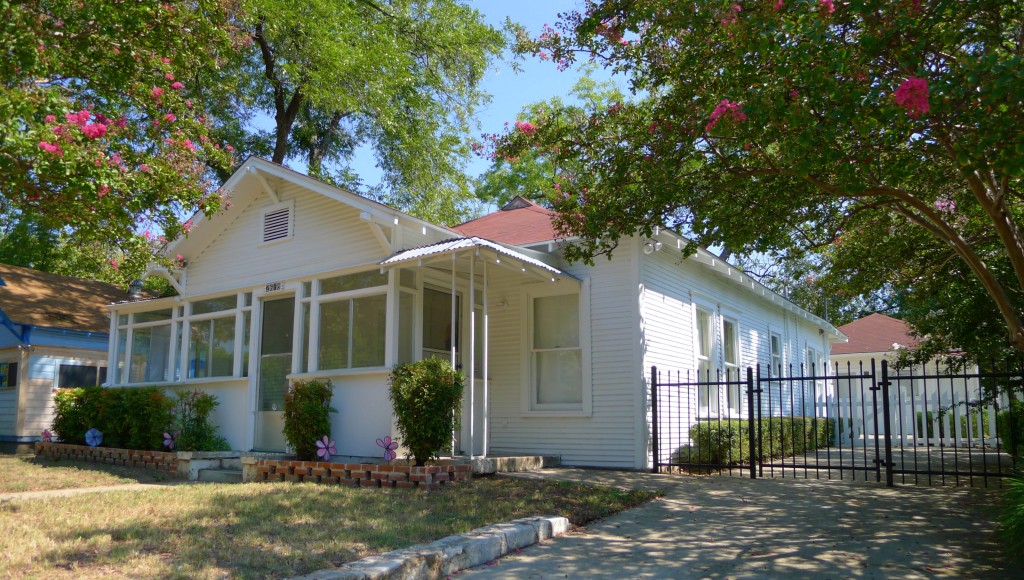 The 1,300 sq. ft. one-story frame house was the home of one of Dallas´ most important civil rights figures. Photo courtesy of Wikimedia Commons.

This is where Martin Luther King Jr. came to discuss the future of the civil rights movement with Craft; where she helped launch 182 NAACP chapters; and where she organized the fight to desegregate the State Fair and other Dallas institutions.

Craft’s house, which became a museum in 1994, is in the midst of a revival. The Dallas Morning News reported in April that the city has raised more than $1 million for its restoration. The museum is set to reopen next summer.

The South Dallas Cultural Center (SDCC) first opened in 1986 as an arts facility for the predominantly African-American communities living near Fair Park. The center, owned and operated by the City of Dallas, celebrates Black creativity and culture through art shows, concerts, art talks and other programming. The SDCC got a huge makeover in 2007, adding a black box theatre, visual arts gallery, dance studio, and an audio recording studio.

Earlier this year, the center launched the Juanita J. Craft House Artist Residency Initiative, which offers studio space to an artist tasked with engaging South Dallas residents in their practice. Photographer Nitashia Johnson is the program’s inaugural artist, and her project offers a current snapshot of South Dallas and its residents.

The center has a slew of events coming up this fall, including a Race to Kindness Book Drive on Oct. 23.

The bright green marquee atop Forest Theater acts like a welcome sign for Fair Park visitors. Located on the corner of Harwood Street and Martin Luther King Jr. Boulevard, this South Dallas jewel opened in 1949 as a movie theater.

But, it’s in need of some major TLC. Like many South Dallas institutions, its success was cut short by the federal highway policies that ripped through the neighborhod.

The nonprofit Forest Forward is working to restore the theater and turn it into a community center. In a 2018 conversation with KERA, Forest Forward Executive Director Elizabeth Wattley called the Forest Theater a Fair Park landmark: “It’s architecture and exterior alone makes a presence.”

This community art studio, located at 3203 Ash Lane, was founded in 2012 by artists Fred Villanueva and Darryl Ratcliff to provide a space for underrepresented artists to work, perform and exhibit their work. As part of its mission, Ash Studios says it encourages “interracial and inter-generational dialogue and collaborations between creatives.”

Aside from providing a physical space for artists, Ash Studios has also organized several public art projects including the Umbrella Project, a peaceful protest for victims of police brutality, and a colorful mural painted on an I-30 underpass by Sylvan Road.

Nestled between the fairgrounds and Deep Ellum’s eastern outskirts lies one of Dallas’ coolest enclaves. Expo Park is where you can head when you tire of the commotion on Elm and Main Street. There are plenty of (much chiller) places to whet your whistle here. Go on a beer sampling spree at Craft and Growler, sip on mezcal at Las Almas Rotas, or grab a cup of ethically-sourced joe at Noble Coffee.

Expo Park is also home to some of the city’s most beloved creative spaces like the jazz venue Sandaga 813, Beefhaus Gallery, and the experimental Ochre House Theater.