Irish playwrights have been all over North Texas stages in recent years. Conor McPherson’s ‘The Night Alive,’ currently at the Undermain Theater, is the third of his haunting plays the company has staged. Meanwhile, Martin McDonagh’s dark comedies have been presented by Kitchen Dog, WaterTower, Second Thought and Stage West. Art & Seeks Jerome Weeks takes stock of this Gaelic invasion with Justin Martin.

‘The Night Alive] directed by Dylan Key, runs at the Undermain Theatre through Dec. 12.

I understand Conor McPherson and Martin McDonagh have had something of a feud. Or at least a rather chilly exchange. What’s that all about?

JWMcPherson has denied ever saying the insult that supposedly started everything a couple years ago. But the quarrel is interesting — if there is one – because it cuts to who they are, what being Irish means and what their plays do. McDonagh is the most famous of the current crop of Irish playwrights. He made his big splash with a couple of trilogies, with plays like ‘The Beauty Queen of Leenane’ and ‘The Lieutenant of Inishmore.’ They’re set in far west Ireland and give us this grim but funny portrait of isolated, violent people. And they’re known for their shock tactics — they’ve forced theaters to up their level of onstage techniques in violence. When WaterTower Theatre did ‘Inishmore’ four years ago, they brought in a specialist just to handle all the graphic bloodshed. That’s why I think of McDonagh as the Irish Quentin Tarantino.

I’ve seen ‘In Bruges,’ the 2008 film that McDonagh wrote and directed.

JWYeah, OK. So you think the Tarantino comparison is fair?

JWOK. So I thought it was pretty terrific, too. But back to this supposed feud. McDonagh was actually raised by Irish parents – in London. That kind of Anglo-Irish mix is pretty common in British literature. We Americans tend to think of a writer like Oscar Wilde as veddy, veddy English, but on that side of the ocean, they know he’s definitely not — he was born and raised in Dublin. So when you combine McDonagh’s London background with his penchant for portraying the Irish as brutal, backwoods loners, you can understand why Conor McPherson, who’s from Dublin, may have dismissed McDonagh with a slur. He called his writing “stage Irish.” 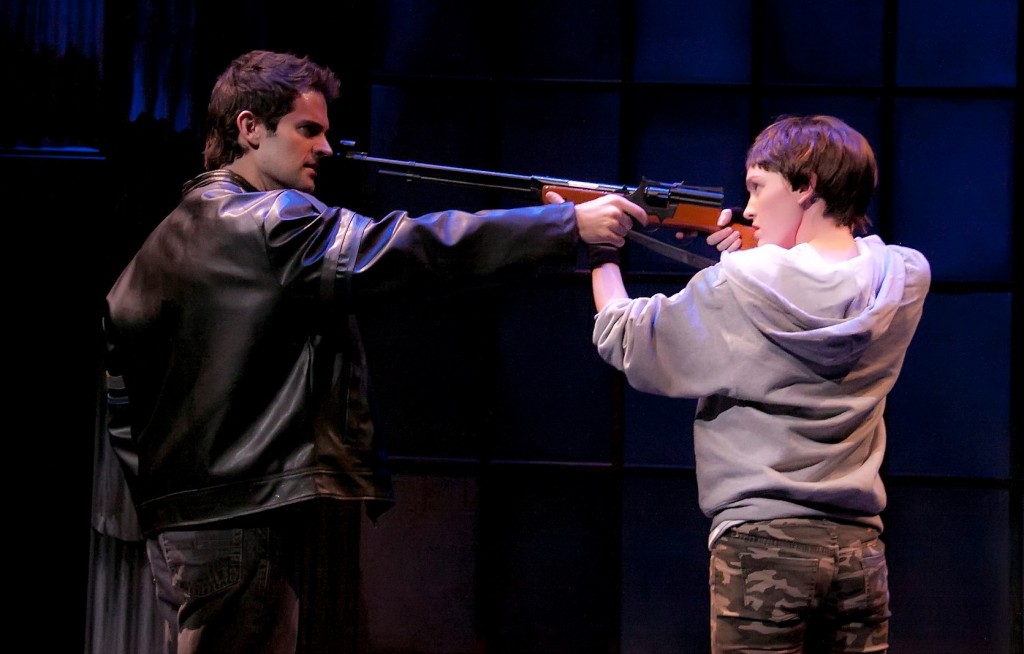 You blinked. Matt Moore and Kayla Carlyle in ‘The Lieutenant of Inishmore’ at the WaterTower Theatre. Photo: Mark Oristano.

JWIt’s an old insult. It means he just plays to the crowd, to the prejudiced, by depicting the Irish as drunken, loud, lurid.

Well then, what about McPherson’s plays?

JWHe’s definitely subtler; he’s more about the mood of menace. There’s a reason he has often cited Harold Pinter — the master of unspoken menace — as one of his major influences. ‘The Night Alive’ at the Undermain has a perfect example of the differences between McPherson and McDonagh. There’s this vicious beating that happens in the play – and McPherson has it happen offstage. It’s still a jolt, but we only hear it.

Now, McDonagh would have put it front and center. McDonagh is all about showing us, sticking it to us so we can’t look away, whether that’s comedy or violence. And I think that’s a big reason he’s pretty much abandoned theater these days for film. He’s even said he has more respect for the traditions of film than theater. It’s also why, I think, with his next film, ‘Seven Psychopaths,’ he fell into the Tarantino trap of outrageous absurdity. There are scenes in it I enjoyed, but it mostly struck me as a cynical mess.

McPherson, on the other hand, is about suggesting things – particularly otherworldly, unseen things. He has said, growing up in Ireland, you’re always aware of being on the far edge of Europe and of the Atlantic Ocean, the great beyond that’s out there. So instead of the kind of grotesque, ultra-realistic violence you get in McDonagh’s writing, McPherson’s plays tap into the traditions of the Irish ghost story. They’re all about … what’s beyond.

McPherson himself has directed and co-written a film, called The Eclipse,’ came out in 2009. I think it’s seriously underrated by horror movie fans, people who want those big, gotcha, shock effects. It’s really more about a creepy sense of loss, of ghosts representing not letting go. As they say, it casts a really nice pall.

At one point, a British novelist, played by Iben Hjejle, does a reading at a literary festival. And what she says sounds like McPherson’s defense of the ghost story. Her character reads about how seeing a ghost splits your mind between what’s real and what’s not and changes your sense of the world. The character in the story she reads wakes up and sees this dim figure sitting on her bed with its mouth open and its eyes mournful. And the woman realizes, at that moment, fully for the first time, that she would die, her husband would die, all her children would die — and “that what she was looking at was reality.”

That’s why McPherson’s plays all have this disturbing unease. The spooky, the otherwordly, has its biggest impact when it happens in the context of the utterly commonplace, even the harshly real. And I think that harsh reality is what’s lacking in the tone of the Undermain’s ‘The Night Alive.’ Directed by Dylan Key, it’s a good but not particularly vivid production. Bruce Dubose and Scott Latham, who play partners — they’re both middle-aged losers who work odd jobs together — they’re both a little too sweet and funny. So the play feels slack. Here’s Latham’s character, Doc, telling Dubose, who plays Tommy, and Katherine Bourne, playing Aimee, about a mysterious coincidence, the kind his somewhat dreamy character is fascinated by:

Doc: “I heard, on the news that they were hoping the pope was going to be able to walk down to the graveyard by himself. And the next day, the pope was dead.”

Tommy: “What do you make of that?” 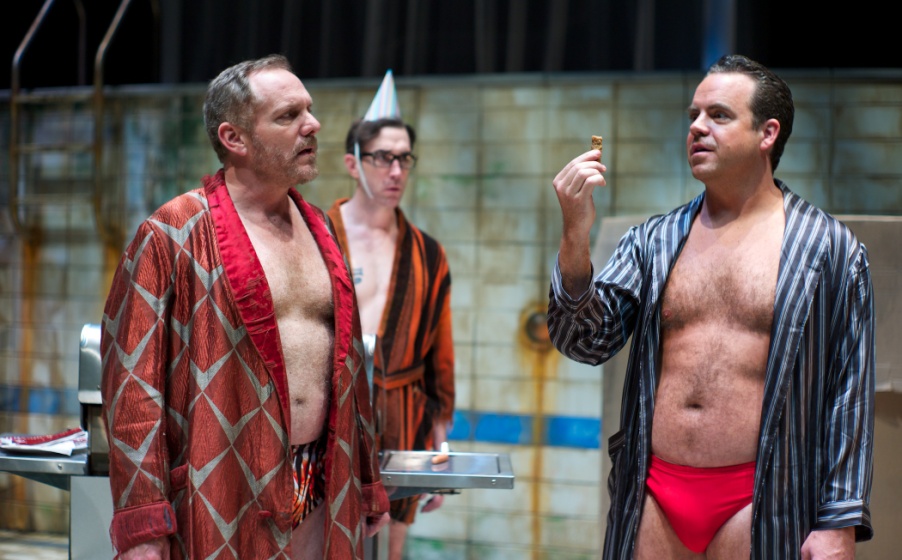 JWYeah, but in the buildup to that kind of thing, there’s not enough tension, not enough menace – even before the real violence comes. DuBose’s character should be such a wretched, glum guy that when this one ghost does appear, it should feel almost like a blessing from beyond. He’s given a vision, a kind of spiritual thank-you for the one kindness he did.

The funny thing, though?

JWI think, hands down, the single best play, the finest production of any Irish comedy or drama in recent seasons, was the Undermain’s staging of ‘Penelope’ at the City Performance Hall.

And that wasn’t by McDonagh or McPherson. It was by Enda Walsh.