You know her from her time as a coach on The Voice UK, from her Oscar winning performance in Dreamgirls and her Grammy-winning turn in the revival of The Color Purple. Now Jennifer

Hudson will headline Soluna with the Dallas Symphony Orchestra on Saturday, April 20.  This will be a centerpiece in the month-long music and arts festival.

This year’s performance will be at the Meyerson Symphony Center.  Tickets are $50-$350, and go on sale Thursday. 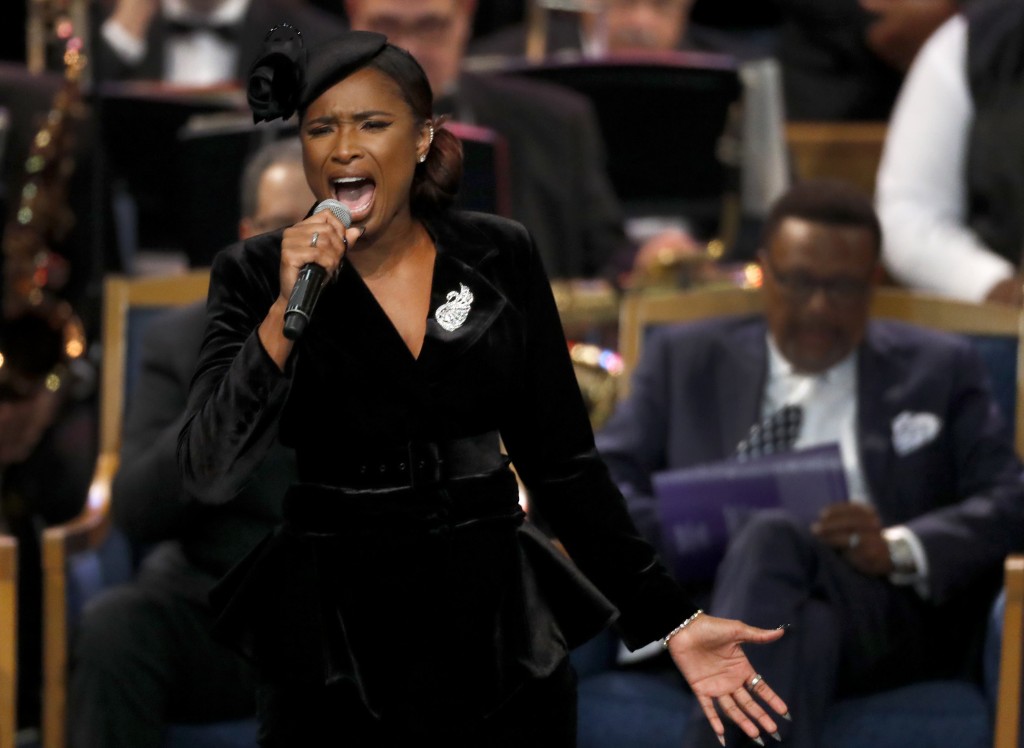 POWERED BY CAPITAL ONE

Dallas, Texas (February 19, 2019) – The Dallas Symphony Orchestra is pleased to announce Academy Award- and GRAMMY® Award-winning actress and singer Jennifer Hudson as the headlining performance for the 2019 Nancy A. Nasher and David J. Haemisegger Family SOLUNA International Music & Arts Festival, POWERED BY CAPITAL ONE.  Hudson will appear with the DSO in a special, one-night-only event on Saturday, April 20, 2019, at the Morton H. Meyerson Symphony Center. Tickets range from $50-$350 and may be purchased beginning Thursday, February 21, 2019, at www.mydso.com/SOLUNA or by calling the DSO Guest Services Center at 214.TIX.4DSO. Hudson and the DSO will be led by Guest Conductor Sarah Hicks.

“We are honored and thrilled to perform with Jennifer Hudson,” said Kim Noltemy, President & CEO of the Dallas Symphony Orchestra. “She is inspirational, and her soulful and powerful voice will ensure an unforgettable evening at the Meyerson. The Dallas Symphony will bring a unique perspective to her sound.”

This special event is sponsored by Capital One, a generous corporate partner of the DSO for five years.

“Capital One is passionate about elevating DFW as a hub for innovation,” said Sanjiv Yajnik, President, Financial Services at Capital One and Dallas Symphony Association Chairman of the Board of Governors. “The DSO has been a wonderful partner in building a thriving, forward-leaning community in North Texas. Through programs like the Young Strings, Women in Classical Music and world-class concerts, we are doubling down on the arts as a critical component in preparing for the future and unleashing innovation.”

A two-time GRAMMY® Award-winning recording artist, Academy Award-winning actress and best-selling author, Jennifer Hudson is an extraordinary talent. From humble beginnings, Hudson began singing in a small Chicago church where, week after week, she brought the congregation to its feet. From there, she’s gone on to worldwide acclaim.

Hudson can currently be seen as a returning coach on the eighth season of The Voice UK. This past year, she returned for the second time to Season 15 of The Voice. Hudson will soon be seen in Tom Hooper’s upcoming film adaption of Cats and has begun pre-production for Liesl Tommy’s Aretha Franklin biopic, Respect. Her song, I’ll Fight, written by GRAMMY® Award-winning songwriter Diane Warren for the critically acclaimed documentary, RBG, is a 2019 Oscar® nominee.

In 2016, Hudson appeared in NBC’s Emmy®-nominated production of Hairspray LIVE!, where she wowed audiences as powerhouse Motormouth Maybelle. She made her Broadway debut as Shug Avery in 2015 in the Tony Award®-winning production of John Doyle’s re-imagination of The Color Purple. The show earned rave reviews and a GRAMMY® win for Hudson. She was also nominated for a Drama League Award in the category of Distinguished Performance. In 2007, Hudson won an Academy Award for her role as Effie in the smash hit Dreamgirls, an adaptation of the Broadway musical. Her breakout film performance also garnered a Golden Globe Award, a Screen Actors Guild Award, a BAFTA and an NAACP Image Award.

ABOUT THE DALLAS SYMPHONY ORCHESTRA

The Dallas Symphony Orchestra presents the finest in orchestral music at the Morton H. Meyerson Symphony Center, regarded as one of the world’s premier concert halls. As the largest performing arts organization in the Southwest, the DSO is committed to inspiring the broadest possible audience with distinctive classical programs, inventive pops concerts and innovative multi-media presentations. In fulfilling its commitment to the community, the orchestra reaches more than 211,000 adults and children through performances, educational programs and community outreach initiatives. The DSO’s involvement with the City of Dallas and the surrounding region includes an award-winning multi-faceted educational program, community projects, popular parks concerts and youth programming. The DSO has a tradition dating back to 1900, and is a cornerstone of the unique, 68-acre Arts District in Downtown Dallas that is home to multiple performing arts venues, museums and parks; the largest district of its kind in the nation. The DSO is supported, in part, by funds from the Office of Cultural Affairs, City of Dallas.

The Nancy A. Nasher and David J. Haemisegger Family SOLUNA International Music & Arts Festival showcases internationally-acclaimed guest soloists, visual artists and performing artists alongside leading Dallas-based companies and ensembles. An annual, multi-week interdisciplinary event, SOLUNA stages performances and exhibitions at venues, prominent galleries and performance spaces throughout the Dallas Arts District and beyond. SOLUNA aims to steward authentic collaborations within the Dallas Arts District and serve as a magnet for artists and performers around the world. By incorporating strong educational and science components, audiences are invited to experience music and art and interact with their Dallas community in new and exciting ways.