Days are slowing down in North Texas. The air is cooling and leaves are turning yellow, but there’s a flurry of life bustling underneath our feet. Oysters, boletes, morels and mushrooms of all kinds are bursting through the soil. It’s an excellent time to go foraging. 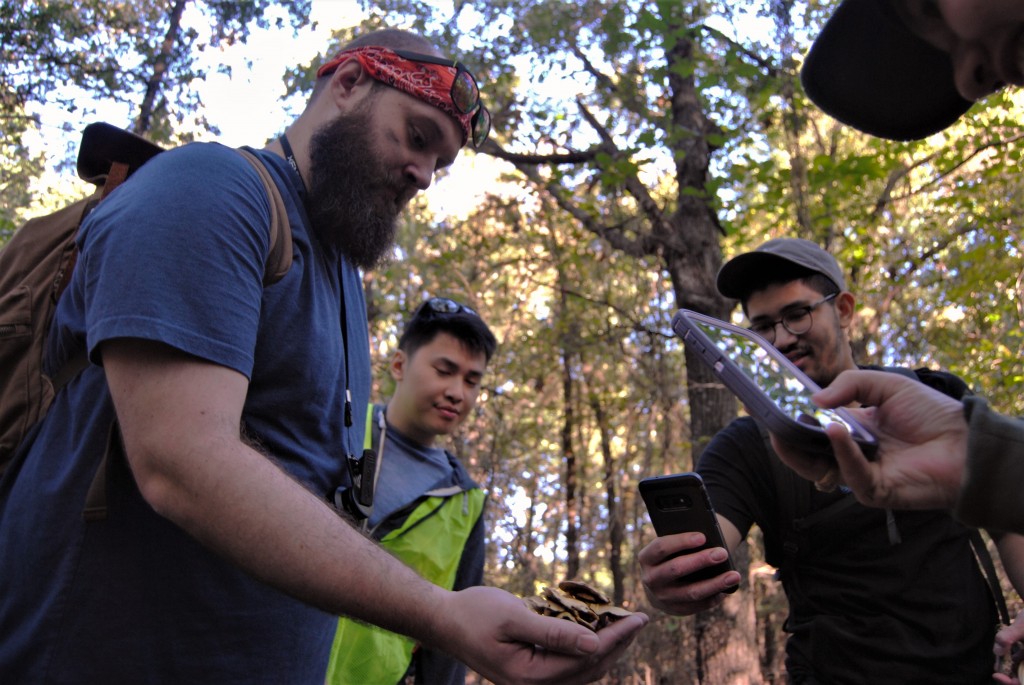 But, mushroom hunting can be a dangerous sport. There’s a mind-numbing variety of species, both benign and dangerous, out there. Many of the most delicious mushrooms have toxic look-alikes. It takes a lot of know-how and patience to confidently collect and eat wild fungi.

Luckily, novice foragers in the region can now turn to a new club: the North Texas Mycological Association.

A group of avid mycophiles, led by president Sebastian Tabibi, have been working to become an official chapter of The North American Mycological Association, a transnational network of professional and amateur mycologists from the U.S., Canada and Mexico. The North Texas group will join well-established chapters in the state like the Central Texas Mycological Society and the Gulf States Mycological Society.

Tabibi said he hopes to have the club officially up and running by January 2022, but they’re already planning guided forays where both novice and experienced foragers get together to search for mushrooms. 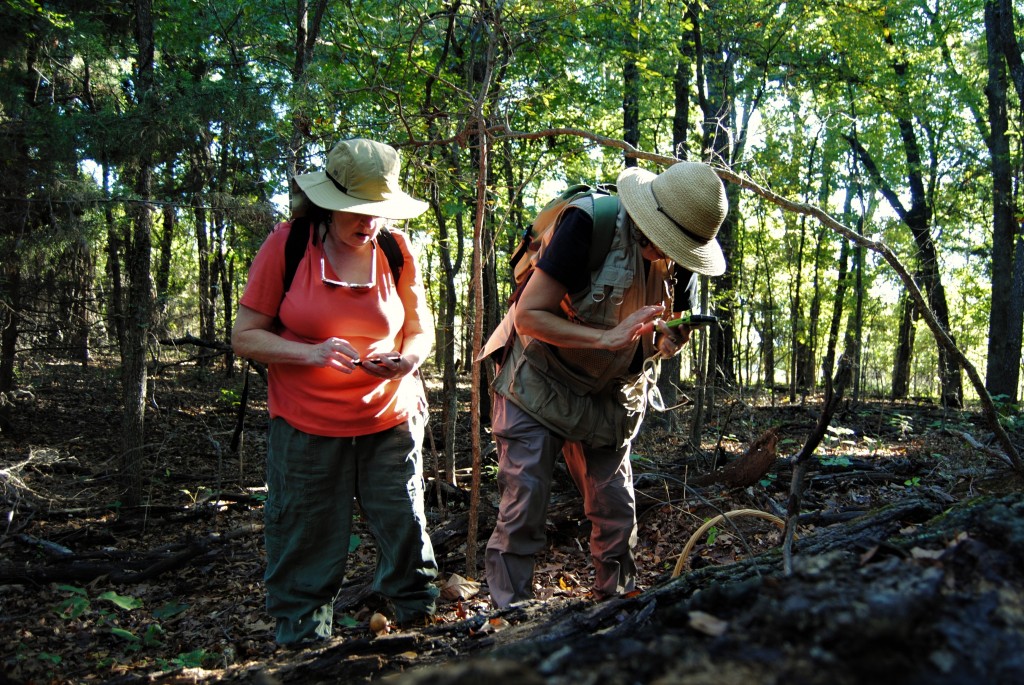 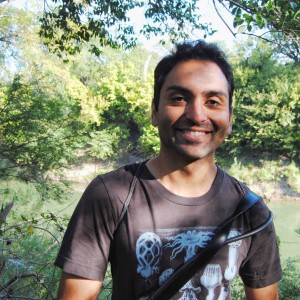 Sebastian Tabibi, who led the creation of the local mycology group, has been fascinated by mushrooms for over 15 years.

“I’ve been almost obsessed with identification, cultivation and all aspects of mycology,” he said. “Fungi has been kind of pushed to the side as taboo for such a long time. They have so many medicinal benefits that people aren’t realizing. There are so many undescribed species that nobody’s found yet.”

Humans have used mushrooms as medicine for thousands of years. They’re loaded with nutrients like selenium, potassium and niacin. They can be used in the prevention or treatment of Parkinson’s disease, Alzheimer and even cancer. Psilocybin, the compound found in psychedelic mushrooms, has also been used to great effect in the treatment of depression.

“If we can just find one fungus that will cure a disease that kills millions of people, isn’t it worth going into the forest to try to find it?” he said.

Foraging is an act of social good for him. He carries a large tackle box and a specialized mushroom knife to collect samples of the fungi he encounters in the wild. 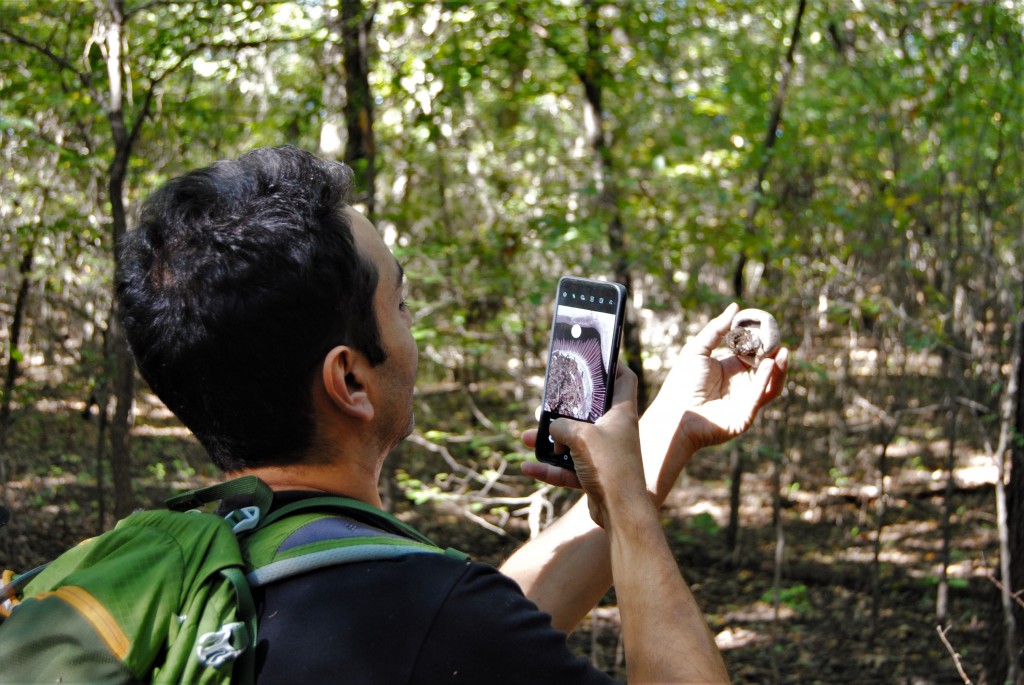 Tabibi uses his phone to get a closer look at the gill structure of an unidentified mushroom. Photo by Miguel Perez.

“I take it back home, and I put it under the microscope and analyze it,” he said. “If we have something very rare, I have multiple sources I can send it to for DNA sequencing to find out the species.”

Mycologists, the scientists that study fungi, don’t agree on just how many species are out there, but it could be anywhere from 1 million to more than 5 million species. At best, we’ve identified 8% of those fungi, according to a 2017 report published in Microbiology Spectrum.

So, it’s totally possible that the mushrooms you’re spotting on your hikes are completely unknown to science. There’s a Russula specimen that Tabibi picked up in Arlington that is still a mystery to him.

“I’ve sent it to multiple places to get a DNA sequence, and nobody can find a specific species to put it to,” he said. “So, it’s something new.” 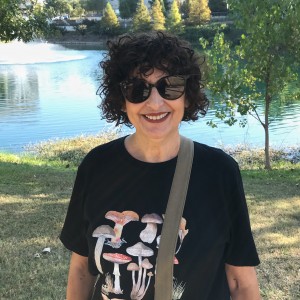 While Eva Gordon is relatively new to the world of mycophilia, she’s a longtime naturalist. The former biology teacher stumbled upon mushroom foraging last year while pursuing another outdoor hobby.

“I used to be a birder until I left birding for mushrooming,” she said. “Because with birding, you have to tilt your neck a lot and 9 times out of 10, you don’t see them because they’re so little.”

But, the forest floor is brimming with potential discoveries. Gordon’s fungal fascination is rooted in their greatest magic trick: decomposition.

“What draws me to fungi is climate change and the way the environment’s going down,” she said. “Mycorrhizal fungi are known to help plants retain water, transfer phosphorus and nutrients and sequester carbon.” 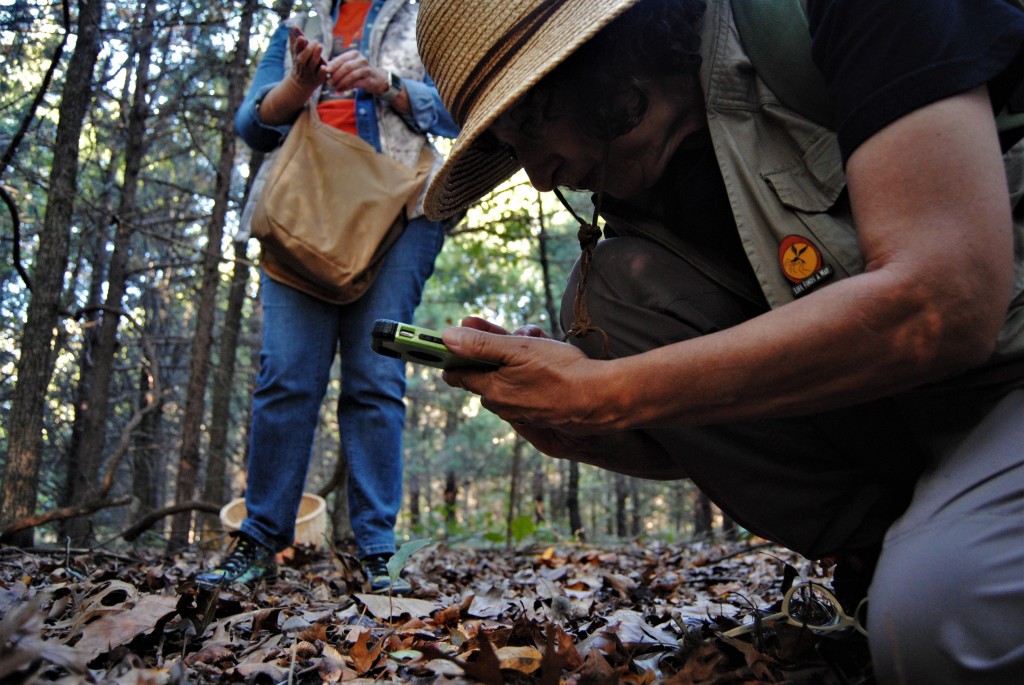 Gordon must diligently scan the forest floor to spot the tiny fungi creeping through the soil. Photo: Miguel Perez.

Gordon’s motivation to forage is spurred by fungi’s potential to solve big problems. Scientists have used them to soak up oil spills, break down plastic and decontaminate soil.

“Companies like IKEA are even starting to use fungi for packaging,” she said. “I think our only chance to save the world is to discover more about fungi and how they can help us.” 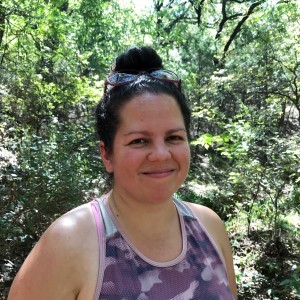 For Leah Breitenstine, mushroom foraging is a culinary pursuit. The former chef is now a professional forager who takes people out into the wilderness to identify and cook edible plants and fungi.

“Suddenly, people are slowing down,” she said. “They’re looking at everything around them. They start to notice the plants that they’ve never seen before. We call it plant blindness.”

That said, she encourages novice foragers to forget about the edibility of mushrooms altogether. Just focus on finding them.

“Just look at all the characteristics of the mushroom,” Breitenstine said. “Does it have pores? Does it have gills? Where is it growing? On wood? Directly out of the ground? Don’t worry about if it’s edible. You can try and identify it later.”

It’s taken years for Breitenstine to build up her knowledge base. On top of fungi, seasoned foragers must be able to identify related tree species and keep track of weather patterns throughout the year. Only then can the search for rare mushrooms begin.

“I think they have a cool structure,” she said. “I’m specifically trying to find the group of fungi that grows under juniper trees because we have a lot around here. I think they’re very poorly studied, and I suspect that we have a lot of undescribed species that are specific to junipers right around not just D-FW, but the western side of D-FW.” 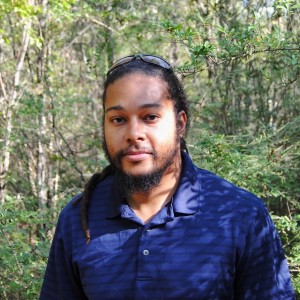 Foraging can be an emotional salve. That’s how Patrick Harris sees it.

He’s been hunting mushrooms for 20 years, and it has become more of a meditative practice as he’s gotten older.

“Foraging for mushrooms kind of puts me in a place where I’m connected with the land and I feel like I’m going back into a more root element of myself.”

He’s also a new father who wants to pass down his knowledge and appreciation of the natural world. His daughter, just shy of two years old, is already accompanying him on forays.

“She’s been morel hunting here in North Texas. She’s been chanterelle and bolete hunting in the Santo de Cristo mountains in New Mexico,” Harris said. “It’s been awesome to see the joy that it brings out of her. She just marvels at them.” 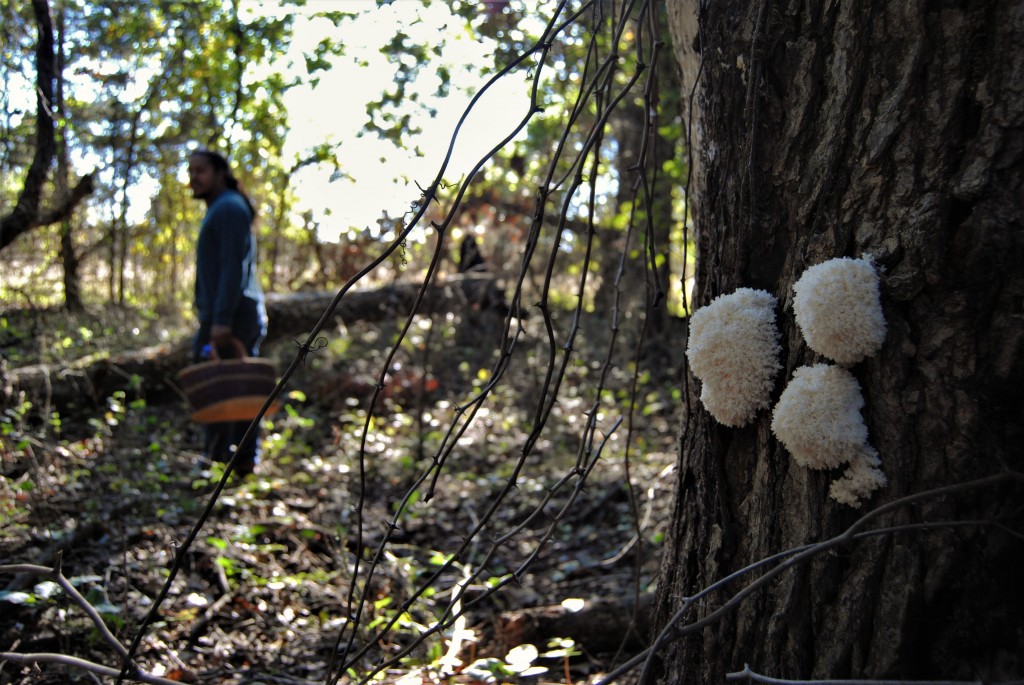 She’s not the only one. Mycophilia is having a pop culture moment right now. Netflix documentaries like Fantastic Fungi and new books like Merlin Sheldrake’s “Entangled Life” seem to be fueling a shroom boom.

“Last year was definitely the most people that I’ve ever run into morel hunting,” he said. “I’m pretty sure the pandemic had something to do with that, but it’s also just the increasing popularity … There’s going to be some people that are really hooked, and it becomes a passion for them. That’s a good thing.”