The power of music can sometimes seem limitless. I mean, science has all but confirmed that humans are hard-wired

to respond to music. And studies have also suggested that someday music may even help patients heal from Parkinson’s disease or a stroke.

But music can also provide a space for healing, feeling and thought. Which brings us to an upcoming performance by the Turtle Creek Chorale. Their concert series focuses on stories of mental health. And KERA’s mental health reporter Syeda Hasan says that the music is inspiring members of the choir to share their own challenges, and how they’ve found healing.

Inside the Moody Performance Hall in downtown Dallas, crews are working to pull the set together before the first performance of a new concert, “You Are Light.” 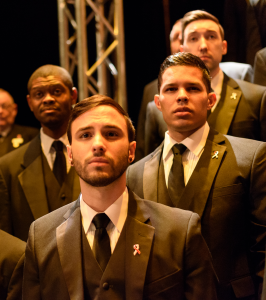 The Turtle Creek Chorale is focusing this concert on stories of struggle and survival. The music has inspired members of the choir to share their own mental health challenges, as well as how they’ve found healing. The men’s chorus, made up of about 200 members, has been a fixture in Dallas for almost 40 years.

Most members of the Turtle Creek Chorale are gay, though the group welcome everyone. As artistic director, Baugh is charged with steering the choir’s creative vision.

“However, my unofficial duty, I like to say, is I’m kind of a pastor,” Baugh says. “And a lot of these men that sing in the chorus, this is their church.”

Reach Out: Ways To Help A Loved One At Risk Of Suicide

For some, it’s almost literal. Baugh says several chorus members grew up singing in religious choirs, but dealt with a lack of acceptance because of their sexuality. Singing in the Turtle Creek Chorale has become something of a spiritual experience. And preparing for this concert has been especially moving. The “You Are Light” concert features 18 songs, including four brand new pieces of music. The songs focus on mental health struggles, suicidal thoughts and stories of survival.

Baugh says some members of the Turtle Creek Chorale opted out of this concert. The subject matter hit close to home. A few members revealed their own struggles with suicidal thoughts. Others had lost loved ones.

According to the Centers For Disease Control and Prevention, men account for the majority of suicides in the U.S., and gay and bisexual men are at an even greater risk of attempting suicide.

Over the course of rehearsals, Baugh says it became clear that there was a need for more frank conversation about suicidality. The Turtle Creek Chorale is no stranger to tough topics. The choir lost more than 200 members as a result of the AIDS crisis. In the past, they’ve used their music to highlight social issues like gun violence. This season, Baugh wants to make it clear that the group is not singing about suicide. They’re singing about all the moments, feelings and struggles that can lead someone down that path — as well as stories of survival. 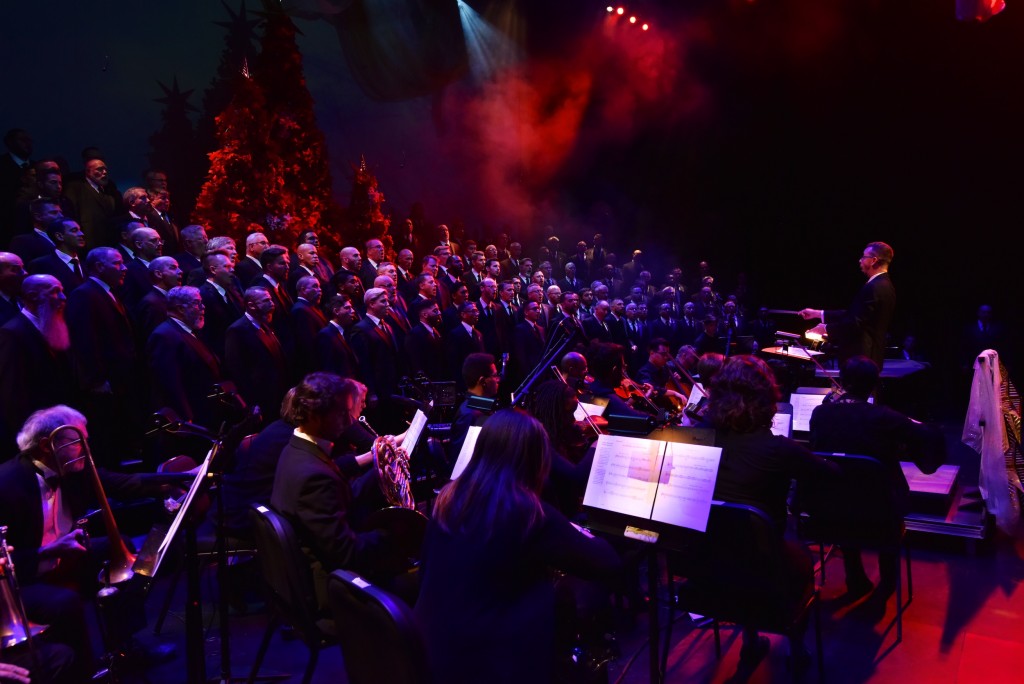 “Every story that we share from this concert has that as its ending,” he says. “It has a story of a friend coming to somebody’s aid, or it has a story about an activity that this person found that really gave them some purpose in life, and really convinced them that they needed to be here. They needed to stay.”

For the audience, Baugh hopes the music will remove some of the shame around mental health struggles.

“I’ve had people ask me, ‘is this going to be a depressing concert?’ and I’ll tell you, that question irritates me a little bit,” he says, “because you have to acknowledge some of the dark spaces, and you have to be open to hearing about those dark spaces before you can really find some light in our shared experience.”