Art&Seek is highlighting new music from North Texas every Thursday. Click above to hear me talk with Collin Selman about his new single ‘bedhead’. Our Music Minute airs on KERA FM and KXT 91.7. For more North Texas music, tune in to the KXT Local Show at 7 p.m. on Thursdays. And tell us what you’ve been listening to on Facebook, Instagram or @artandseek on Twitter. 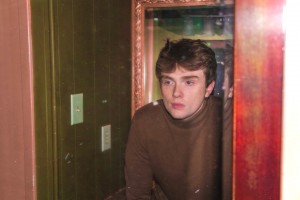 Collin Selman turned to music after an ATV accident ended his baseball career as a young teen. The now 21-year-old started learning guitar in the aftermath of the accident and turned his attention to writing songs, eventually gravitating towards more of an electronic and indie-pop sound.

“As I got older, I really started really falling in love with electronic music,” Selman said. “A lot of my influences started to mold together.”

Selman, who splits his time between Waco and Carrollton, returns to his folk roots when writing songs, creating on guitar before coming together with producer Jonathan Camacho at The Creatives Factory to create a final product.

“Jonathan is a genius when it comes to synths and the different electronic elements in music,” Selman said. “We’ll take a song that was written on guitar and then translate it into a whole new atmosphere.” 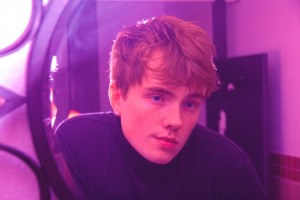 Selman and Camacho continue their partnership on Selman’s latest release, “bedhead”. The song is dreamy and has a bit of a psychedelic feel. Selman’s voice has a slight echo as he sings the lyrics, “If you were running away, would you leave me in your bed?”

Selman wrote the song in one day during Covid lockdown and he says it’s all about the dynamics of a relationship that’s gotten a bit too comfortable.

“It has to do with the point in a long-term relationship where both people that are in the relationship know things aren’t quite working anymore,” Selman said. “But they also feel like they don’t want to do anything about it because of the void that it would create to be separated because they’ve been together for so long.”

Selman looks forward to releasing more singles throughout the year. Keep up with him on Instagram, Twitter, and Spotify.