Every song has an origin story — not just how it was shaped but why? What was that moment like? That’s the inspiration for The Backstory: a new series of conversations our Art&Seek team is having with North Texas music-makers. First up, Eric Michener talks about the three-year struggle to create Waitsgiving, the new album from his band Fishboy.

Eric Michener: My name is Eric Michener. I live in Denton, Texas. And for the past 20 years, I’ve been the frontman and singer-songwriter of the band Fishboy. And the latest Fishboy album is called Waitsgiving. It’s about a fictional holiday.

Tripped on a plaque and lookin’ back,

I saw the date of my birth:

A time capsule, absent of an opening date.

Just a burial time and at the bottom, underlined,

So the town decides not to open the time capsule. Instead, every year, they hold a holiday — to celebrate waiting. 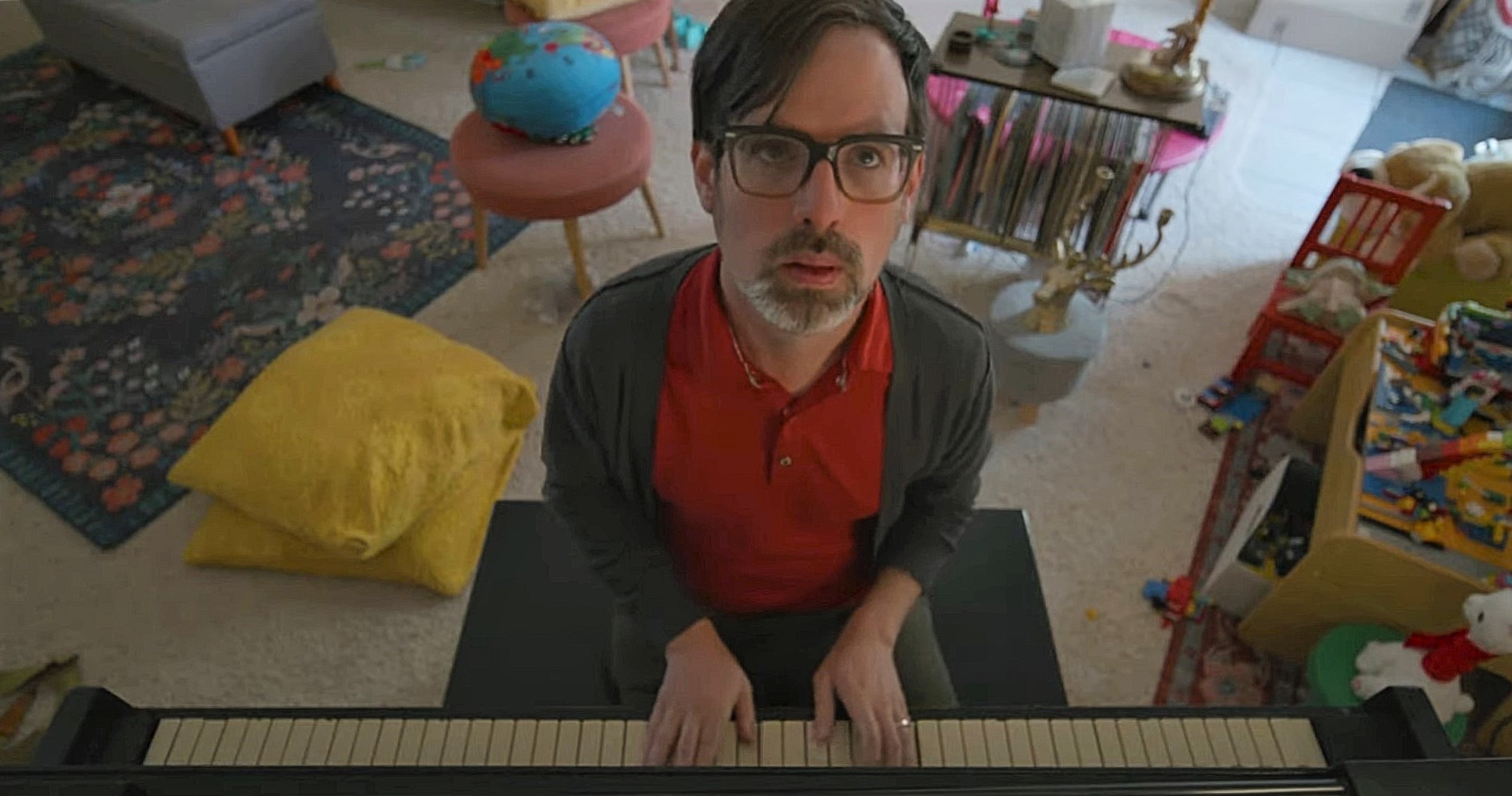 Eric: And all of the stories thematically are about patience — whether that be lack of patience, or waiting on something. In general: patience.

In one song, a young woman works at a bookstore. But her big goal is really her band. Except she’s just not inspired yet.

You should come take a look

But you can’t take a look

The band’s on a break

And the time that we took

Was specifically taken for

Waiting on a great idea

I am waiting on the perfect idea.

Eric: This was inspired by myself at 20 years old — this idea of slacking off. Slacking off with a purpose. But now, at the age of 38, I wish I had that time to waste. I recently had gotten my first, full-time job, and I had my first child, who was now two years old.

So all of my time was spent working, driving two hours a day [commuting to and from Dallas] or playing and taking care of my child until she went to sleep.

So I very much did not have all the time in the world. So I developed an entire system of writing songs using one or two phone apps, and I could do this while I’m driving.

[“I developed it so I could do this without looking down. I operated them with my thumbs. I can’t stress this enough: If you attempt this, do not look down. For people at home, don’t be on your phone while driving. Whenever I would tell this idea to someone, my wife or my boss who was worried, I would say, ‘I’m not looking down. And I’m only doing this when I’m below five miles an hour. When I’m stuck on 35.’  . . . And you know, that would get them off my back for a second.”]

Sometimes, I would only come up with one line a day. And that was OK. Because the album was about patience — right? I’m in it for the long game.

And that’s when the Big Wait came. The Big Wait — the one we’ve all been going through.

We are always waiting

For a day that may not come.

Eric: After a year and a half of writing this album in the car, this album about patience, in the summer of 2019, I tried very hard to get my band ready to record it.

And then the pandemic hit. And I panicked, and I was like, I have to get this thing done. And I had, like, work drama on top of pandemic drama. But I was trying so hard to get it recorded.

Michener did get it recorded. Three years after he started writing it in the car, Fishboy’s seventh album was finally released. Looking back, Michener saw how his daughter Evelyn influenced Waitsgiving.

Eric:  Yeah, so she was actually born on Thanksgiving Day. So you can see there’s a clear inspiration.

And I’m sorry if I’m getting choked up but — when I’m writing this album, I was thinking, you know, what do I want her to hear . . . when she’s grown up?

This one is for those of us who wait. 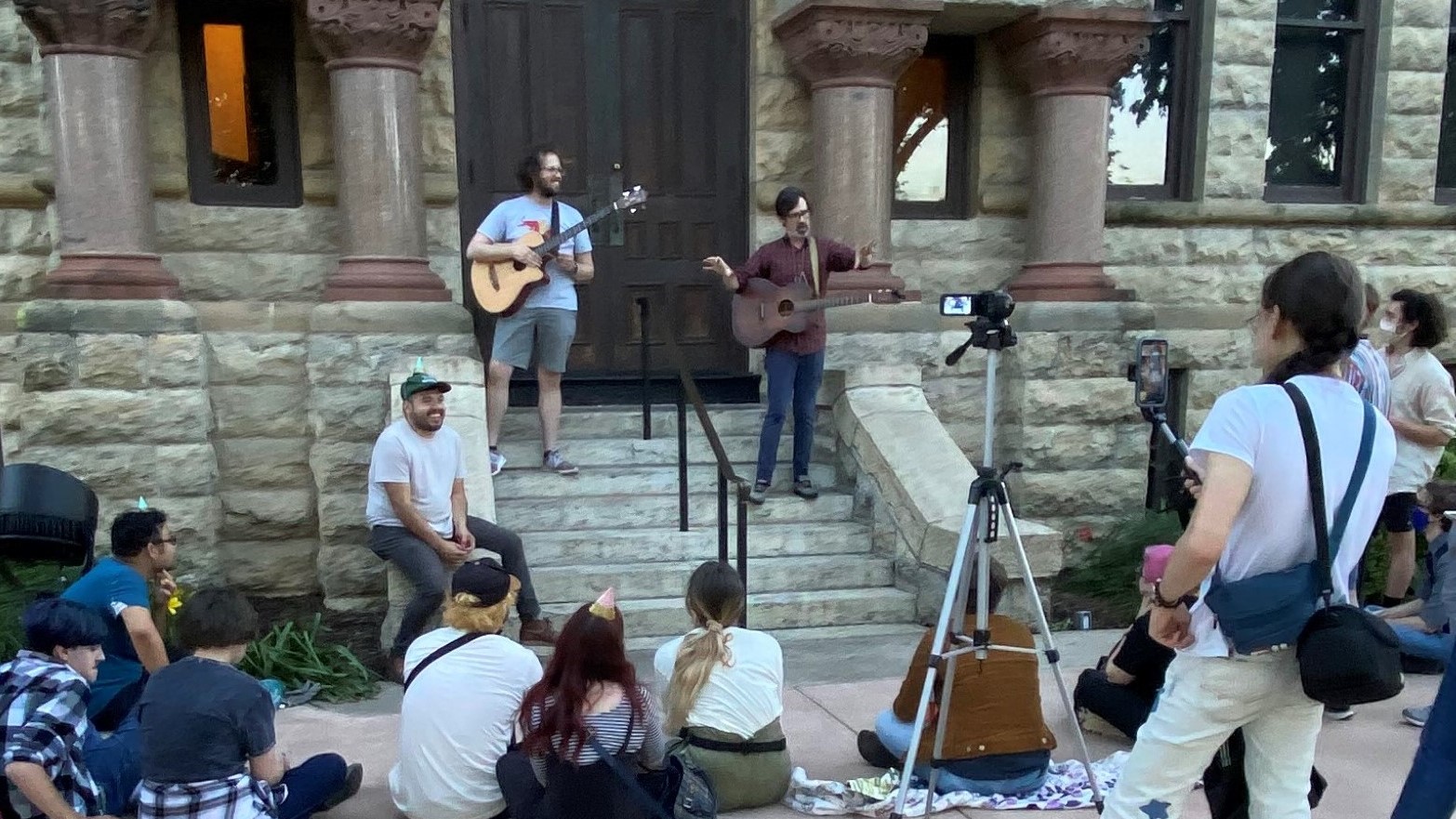