Last week the Nasher Sculture Center acquired a group of works by Cuban-American artist Ana Mendieta (1948-1985) through the Kaleta A. Doolin Acquisitions Fund for Women Artists. 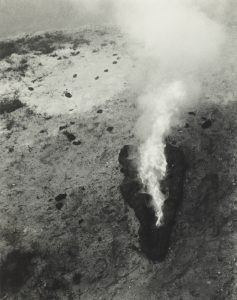 The fund was established by author, artist, and arts patron Kaleta A. Doolin with an initial $750,000 last year to expand the Nasher’s holdings in work by women. This is the second purchase made possible by the fund.

The acquisition consists of Mendieta’s 1975 film “Silueta Sangrienta” (Spanish for “bleeding silhoutte”), a pair of 1982 photographs titled “Untitled (Mayora)” and a 1985 wood and gunpowder sculpture, “Untitled.”

Nasher Assistant Curator Leigh Arnold says though the fund was initially intended to uplift emerging, young artists and feature contemporary work, this was such a good opportunity to diversify the Nasher’s collection in terms of gender and medium that it was impossible to pass up. She adds that Doolin herself is inspired by Mendieta’s work, which addresses issues of displacement and feminism. 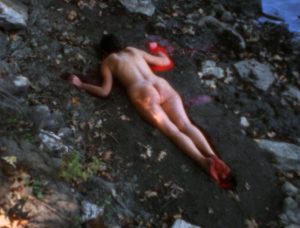 “Much of what Mendieta was doing is particularly relevant today,” says Arnold. “Her exile from Cuba and longing for her homeland is the base of much of her work, and she embodies the conflicts of identity suffered by displaced individuals. And she was concerned with feminism and violence against women that is still sublimated in our culture today.”

Mendieta was a performance artist, sculptor, painter and video artist. She was relocated to Iowa at age 12 after Fidel Castro took power in Cuba. She studied under Hans Breder at the University of Iowa, training in mixed media from early in her career.

“Silueta Sangrienta” is part of her “Silueta” series of earth body sculptures, combining her own body or its imprint with performance and the landscape. The film “documents the action of Mendieta inserting her nude body into the landscape and elapses to show the cavity of her body’s imprint on the land later filled with bright red blood,” according to a release from the Nasher. The pair of photographs relates to later works from “Silueta,” capturing the creation of her work.

Her sculpture, “Untitled,” is one of six she created in Rome at age 36 before her controversial death in New York. The imprint of a female form on the surface of the sculpture’s tree trunk references her earlier performance work with the female body. 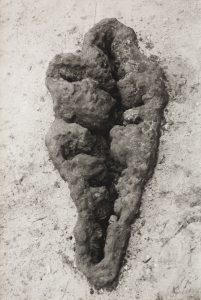 Arnold says the Nasher is particularly excited to increase its breadth of media, as well as acquire another artist who worked with land. In the end, however, the most important benefit of the purchase is the fund’s goal: augmenting the number of women represented in the museum’s permanent collection.

The first purchase made through the fund was Phyllida Barlow’s “untitled:hangingmonument2015” last year.