Art&Seek is highlighting new music from North Texas every Thursday. Click above to hear me talk with John Marc Kohl of indie-pop project songboy for our Music Minute, which airs on KERA FM and KXT 91.7. For more North Texas music, tune in to the KXT Local Show at 7 p.m. on Thursdays. And tell us what you’ve been listening to on Facebook, Instagram or @artandseek on Twitter.

It was time for a change for John Marc Kohl. After releasing music under his own name John Marc, the 27-year-old Plano native decided to switch things up. He teamed up with producer RVRB and made the choice to create a new project called songboy. 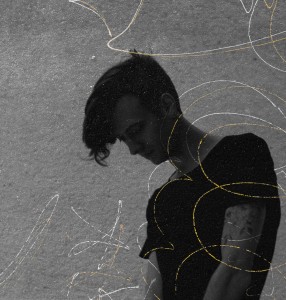 “I feel like when you start writing music, you try and copy your heroes a little bit,” Kohl said about the music he has released in the past. “Even though it was my own name, it was me trying to be someone else, ironically.”

Kohl describes songboy’s music as chill indie pop and his debut single “Suburb Moonlight” stays true to this description. The song is slow and dreamy with Kohl’s gentle voice recalling the ghosts of youth and failed past relationships.

“I just started writing about that recently… looking back to my past and really realizing that it’s ok when things don’t work out,” Kohl said.

The move toward releasing music under the name songboy has been freeing for Kohl. With the change, he feels like he has come closer to authentically expressing himself. He explained the transition in a statement: 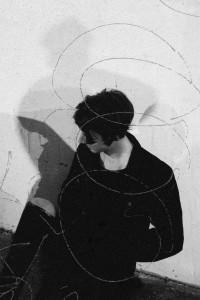 “I never was good at growing up. Mortgages and health insurance always seemed so…unromantic. The dream of pursuing music always felt so “childish,” in comparison. But comparison in itself is not a very childish, thing. Comparison, shame, insecurity…those are all adult things. Maybe it’s not a bad thing that I don’t want to grow up. I want to make music like a kid drawing with chalk on the sidewalk. I always want to be, a songboy.”

Kohl has been writing and making music for almost 10 years, but he “suffered from indecision, apathy, and confusion along the way,” his statement said. “songboy is the result of 2 years of preparation, soul work, dreaming, vision and clarity.”

Kohl plans to release a songboy EP in 2021, and songboy’s next single, “All I Want is Your Love,” is due out in February. Keep up with songboy on social media and his website for video content and upcoming live streams.